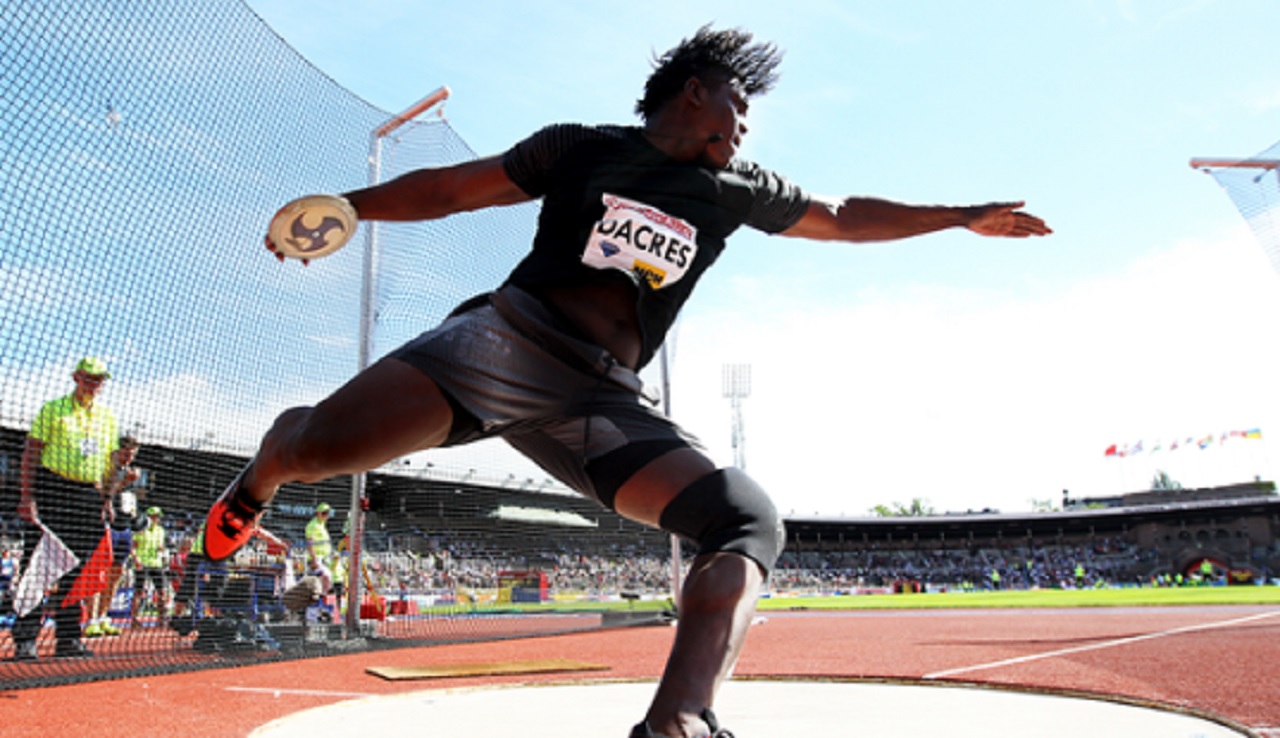 Fedrick Dacres, Jamaica's best ever discus thrower, won the country's fifth gold medal at the Commonwealth Games on the Gold Coast in Australia on Friday by taking the men's discus throw.

The 24-year-old produced a Commonwealth Games Record of 68.20 metres to take the victory, beating his Jamaican teammate and fellow Olympian Traves Smikle (63.98m) and Apostolos Parellis (63.61m) of Cyprus.

Dacres produced the Commonwealth Games Record on his third attempt after opening up with 65.55 metres.

There were two other medals for Jamaica in that session as Natoya Goule  ran a career-best 1:58.82 to win the bronze in the women's 800-metre final and Tevaughn Thomas, also won bronze, this in the men's T47 100m final in Para-Athletics.

The world and two-time Olympic 800-metre champion Caster Semenya won the gold medal to complete the middle-distance double, adding the 800 title to her earlier victory in the 1,500. She won both in games-record times.

Semenya narrowly missed the double at the world championships last year, winning the 800 but taking bronze in the longer race.

She didn't leave anything to chance on the Gold Coast. Semenya dictated the pace from the start of the final and maintained a commanding lead for the most of the race to finish in 1 minute, 56.68 seconds.

In the Para-Athletics section at the Commonwealth Games, Thomas crossed the line in 11.63 seconds to win the seventh bronze medal for Jamaica.

The special athlete gave the race his all and dominated from start to finish, taking the win in 11.04 seconds.  England’s James Arnott (11.30s) finished second for the silver.

The four medals won in that session pushed the country's total to 19 (5 gold, 7 silver and 7 bronze).