Federer eases into 3rd round at Wimbledon 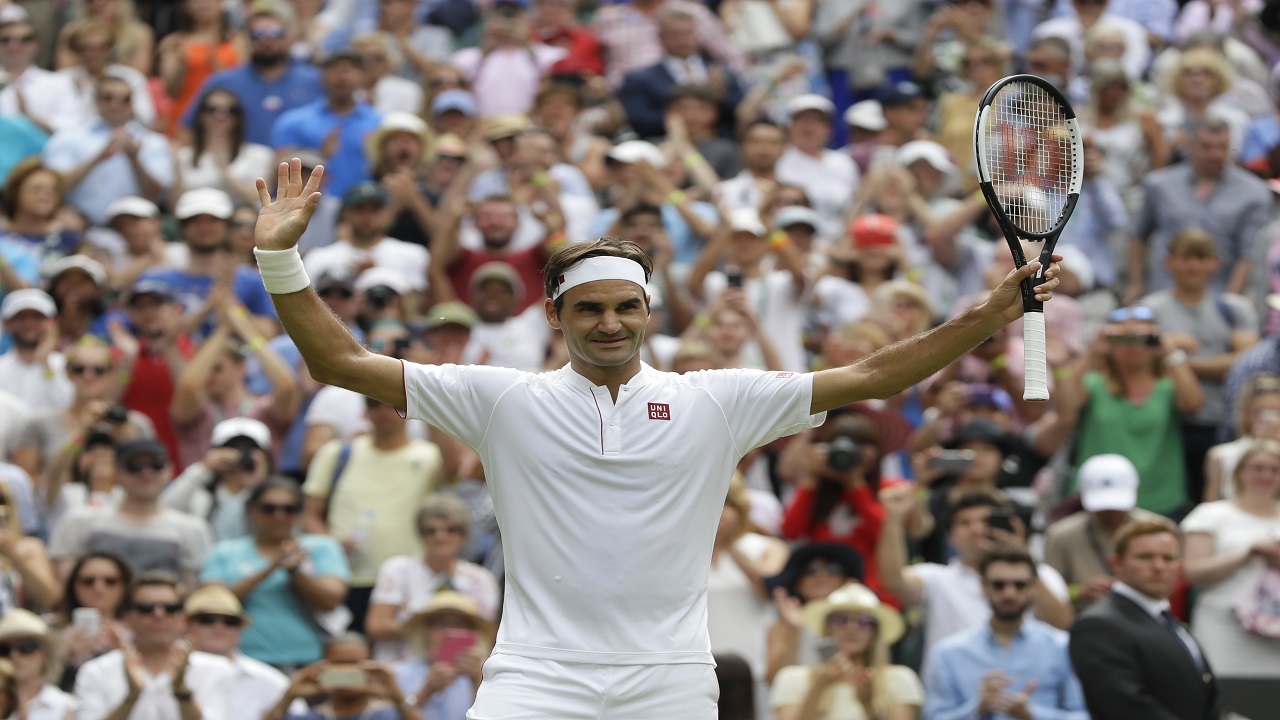 Roger Federer was in imperious form as he marched into the third round at Wimbledon with a 6-4, 6-4, 6-1 win over Lukas Lacko on Wednesday.

The defending champion's near-perfect serving ensured he needed only two breaks from the first two sets to take complete control against the hard-working Lacko.

Federer began at a steady pace and accelerated from there, executing a series of ruthless winners that had the Slovakian well out of his depth and ultimately thrashed in the third.

Tougher tests will undoubtedly lie in wait for Federer, but few will fancy their chances against the eight-time title-winner based on this evidence.

The match began with a lengthy rally that ended with Federer hitting long, Lacko fighting to hold his own early in the opener.

But Federer moved up a gear at 3-3 and broke when Lacko smashed wide. Although the Swiss squandered two opportunities for another break in his opponent's next service game, he then confidently served out the set to love.

A sensational forehand into the left corner of the court secured another Federer break after a steady start to the second, before the top seed saw out the set without dropping a single point on serve.

And Federer moved swiftly to wrap up victory, as Lacko was manoeuvred around the court to draw an error for a quick break, with the second that soon followed ensuring a comfortable finish.

A stunning, swerving drop shot brought about match point on Lacko's serve and Federer capitalised to the delight of an awestruck crowd.

Kvitova out, Muguruza and Halep through at Wimbledon