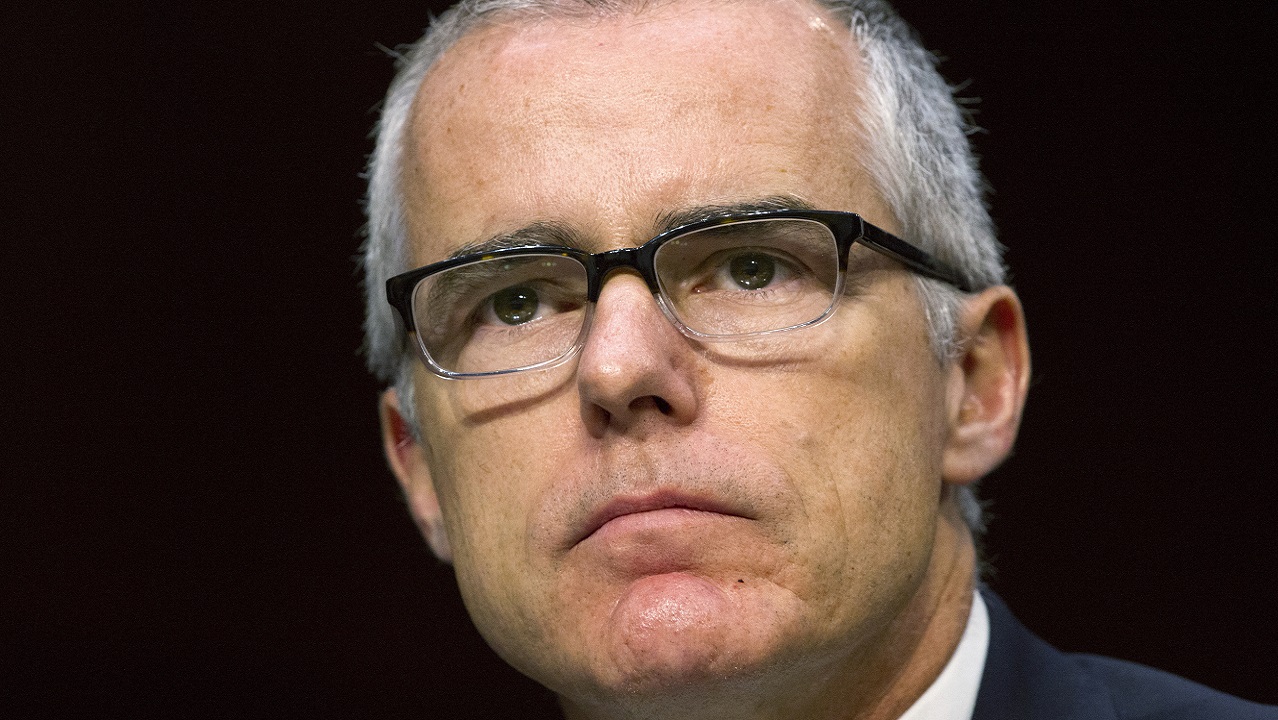 FBI Deputy Director Andrew McCabe, a frequent target of aggressive criticism from President Donald Trump, has stepped down from his position ahead of his planned retirement this spring, people familiar with the decision said Monday.

A 22-year veteran of the FBI, McCabe has held a number of leadership roles and has been heavily involved in investigations into major crimes including the 2013 Boston Marathon bombing.

But he's been publicly and repeatedly lambasted over the past year by Trump, who has accused him of bias because of his wife's political connections and an FBI investigation that produced no criminal charges against Hillary Clinton.

McCabe, who becomes eligible for retirement in a matter of weeks, informed FBI staff on Monday that he was leaving the bureau's No. 2 post effective immediately, according to people who spoke only on condition of anonymity to discuss an internal personnel move. He is expected to retire with full pension benefits.

The departure comes as FBI Director Christopher Wray makes changes to his senior leadership team, replacing two other top aides last week. Such changes are not unusual when a new director takes charge, but they are notable amid Trump's public pressure on Wray to get rid of officials who were confidants of Comey.

McCabe has been repeatedly assailed by Trump since the fall of 2016, when it was revealed that his wife had accepted campaign contributions from the political action committee of Virginia Gov. Terry McAuliffe, a Democrat and close Hillary Clinton ally, during a failed state Senate run.

The FBI has said McCabe received the necessary ethics approval before his wife received the donations, and that at the time of the contributions, he was not in a supervisory role of the FBI's investigation into Clinton's email use.

But that has not stopped Trump and Republican lawmakers in Congress from repeatedly asserting that McCabe, and other FBI officials, are partisan law enforcement officials harboring a bias against him.

White House spokeswoman Sarah Huckabee Sanders told reporters Monday that Trump was not part of the decision-making process but that he stood by his criticism of McCabe.

McCabe has pushed back against White House narratives that Comey was not well-liked within the bureau, and that an ongoing FBI investigation into Trump campaign ties to Russia was not a significant matter. But he has not publicly discussed in detail his interactions with Trump or shared any personal observations of the president.

McCabe's defenders inside and outside the FBI call him a thoughtful, intelligent and committed career agent.

No tapes: Trump says he didn't record meetings with Comey