Fayval Williams the new Energy Minister among changes to the executive 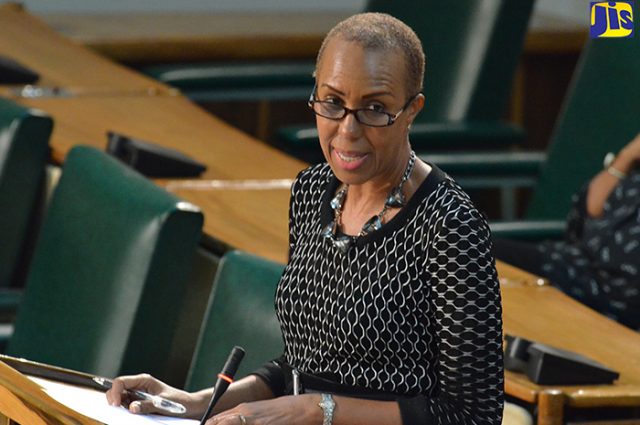 Eastern St Andrew Member of Parliament (MP), Fayval Williams, has been appointed the new Minister of Energy, Science and Technology by Prime Minister Andrew Holness among a few ministerial changes.

The appointment of Williams takes effect on Thursday, February 14, according to the Office of the Prime Minister (OPM).

Williams was serving as Minister without Portfolio in the Ministry of Finance and the Public Service, and is highly regarded for her negotiating skills.

The prime minister had been acting as energy minister since last July when then minister, Dr Andrew Wheatley, resigned at the height of the Petrojam scandal. After nearly seven months, the prime minister is now relieving himself of that responsibility.

“We have come a far way. I am therefore confident that with the changes set in motion, I can now refocus my attention and effort on other pressing areas of the Government,” Holness said in a statement from his office.

There have also been some shifting around of personnel at the junior minister level, with current Minister of State in the Ministry of Education, Youth and Information, Floyd Green, being sent to Audley Shaw’s ministry of Industry, Commerce, Agriculture and Fisheries.

At the same time, Alando Terrelonge, the Minister of State in the Ministry of Gender, Culture, Entertainment and Sport, is headed to the Education Ministry.

There are also some movements among permanent secretaries, with Audrey Sewell returning to the OPM.