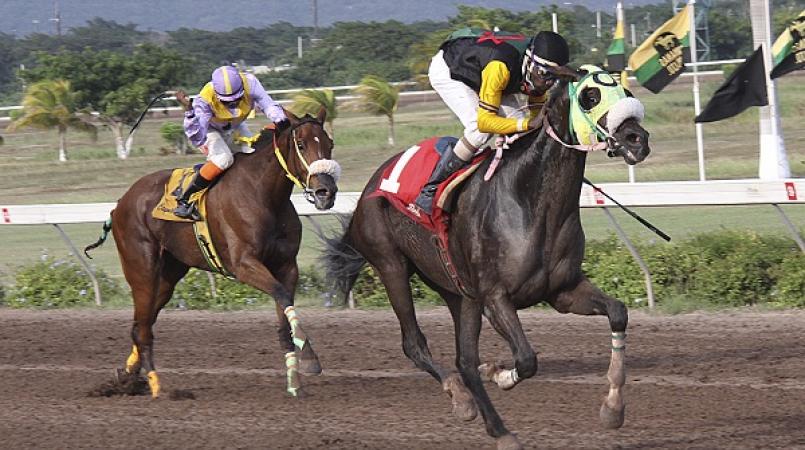 Leading trainer Anthony Nunes' FAYROUZ split rivals coming off the home turn to go by SERGEANT RECKLESS and KAPPONE for an easy win in Saturday's Caymanas Anniversary feature event at seven and a half furlongs.

FAYROUZ' victory, two-and-three-quarter lengths ahead of late-closing UNCLE VINNIE, came after United States-bred SPARKLE DIAMOND, unbeaten in his three previous races, reared in the gate and was scratched from the event.

McGregor's winners were SWEET DESTINY in the third and FORT KNOX in the eighth, respectively.

Leading rider, apprentice Christopher Mamdeen made all with 10-1 shot STORM to bring down the curtains after his closest pursuer, batchmate Reyan Lewis, won aboard 3-1 chance FAYROUZ.