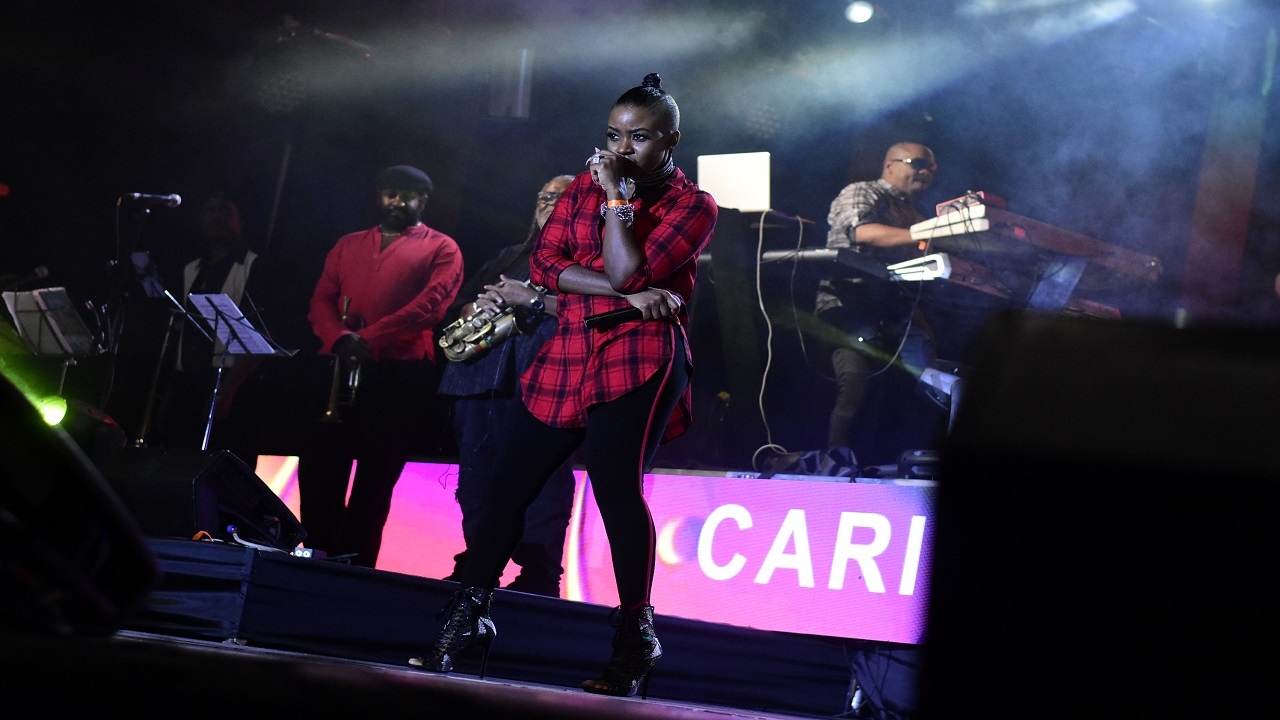 Trinidad and Tobago soca songstress Fay-Ann Lyons-Alvarez is a true maverick in the world of entertainment. She is not afraid to take risks, explore new ideas and chart new territories. She is one of the few female twin-island entertainers to win the Carnival Road March crown more than once and also the first and only female to win the International Power Soca Monarch title, performing the entire carnival season while pregnant.

She is married to fellow recording artiste Bunji Garlin, who she says, is a major reservoir of  resolve and strength.

She has a proven track record as an innovator and winner as her fitness brand, AzaFit, was launched in 2016 and has since been executed in Japan, the United States (New York), and Trinidad, where she has earned the name Aza Sefu - Swahili for 'powerful sword'.

Now, she is ready for a new challenge (drum roll please), the launch of Rebellion, a new band in Jamaica which will be a part of the upcoming carnival celebrations. She will be performing at a launch party for this new venture alongside her husband, Bunji Garlin and Beenie Man on Saturday. The event will be held at Rebellion Yard, located beside Emancipation Park.

She answers a few questions from Loop Jamaica about her career and latest venture.

1. Why did you decide to do a band in Jamaica?

2. What difference will Rebellion bring to the Jamaica carnival experience?

We have a live band and an actual T-shirt section, we are about vibes, energy and fun. We want an energetic and memorable experience to be had being with us.

3. What was it like to perform for the entire carnival season while pregnant ? Athletes like Serena Williams are doing incredible feats doing their jobs while pregnant. What does it say about the strength of women?

It was great, because many people associate pregnancy with being ill. To be able to power through a two month period of nightly performances and appearance means strength and mental focus are things that women have especially when they have a life within them.

4. How do you balance motherhood and your career?

Priorities are the key. You do the important things first and work outwards. To me the most important is my daughter, and travel and recording etc are scheduled around her needs. It’s worked very well and she’s almost 10

5. What was your relationship like with your father Super Blue? Have you done a tribute song for him or any song exploring the nature of that relationship?

I only grew close to him when I became an adult,  he and my mom split when I was a baby and so the dad figure wasn’t there. But we’re close now and so is the relationship he has with my daughter. I did a song called meet Superblue when I was pregnant with her to him. That’s what I won Road March and Two Soca monarch titles with in the same year.

6. How many persons does your Azafit brand employ? What are the future expansion plans?

It essentially employs 3 stationed persons - a graphic artist,a promotion person, And a manager that also handles and coordinates the flow of each event, the other people employed are the instructors, I normally employ 4-5 instructors with different backgrounds in training.

We are working of AzaFit being Caribbean wide classes as well as brand merchandising.

7. What is your favourite memory of performing in Jamaica?

Many...but Shaggy and friends is on the list, Sting who I’ve held in high regard as an artist since a child watched me perform and personally told me and my team that I’m an awesome performer and powerful vocalist. That still makes my day.

8. What are your feelings on how dancehall is embraced in Trinidad even during carnival?

Carnival in Trinidad is Soca and Calypso, and you do have the few DJs that include dancehall, but truly it’s the one time for the year our music gets to shine, because on Ash Wednesday we go back to playing all other music and genres from around the world until the next year. But truth be told Trinidad loves dancehall, there has always been and still do have numerous dancehall events and parties and concerts that happen year round.

9. Any plans to do a dancehall track with Rihanna or any major stars?

I’m always open to working with major mainstream artiste. I know lots of artiste that would love the opportunity to. It’s a great way at bridging gaps and exploring new sounds. I welcome the opportunity