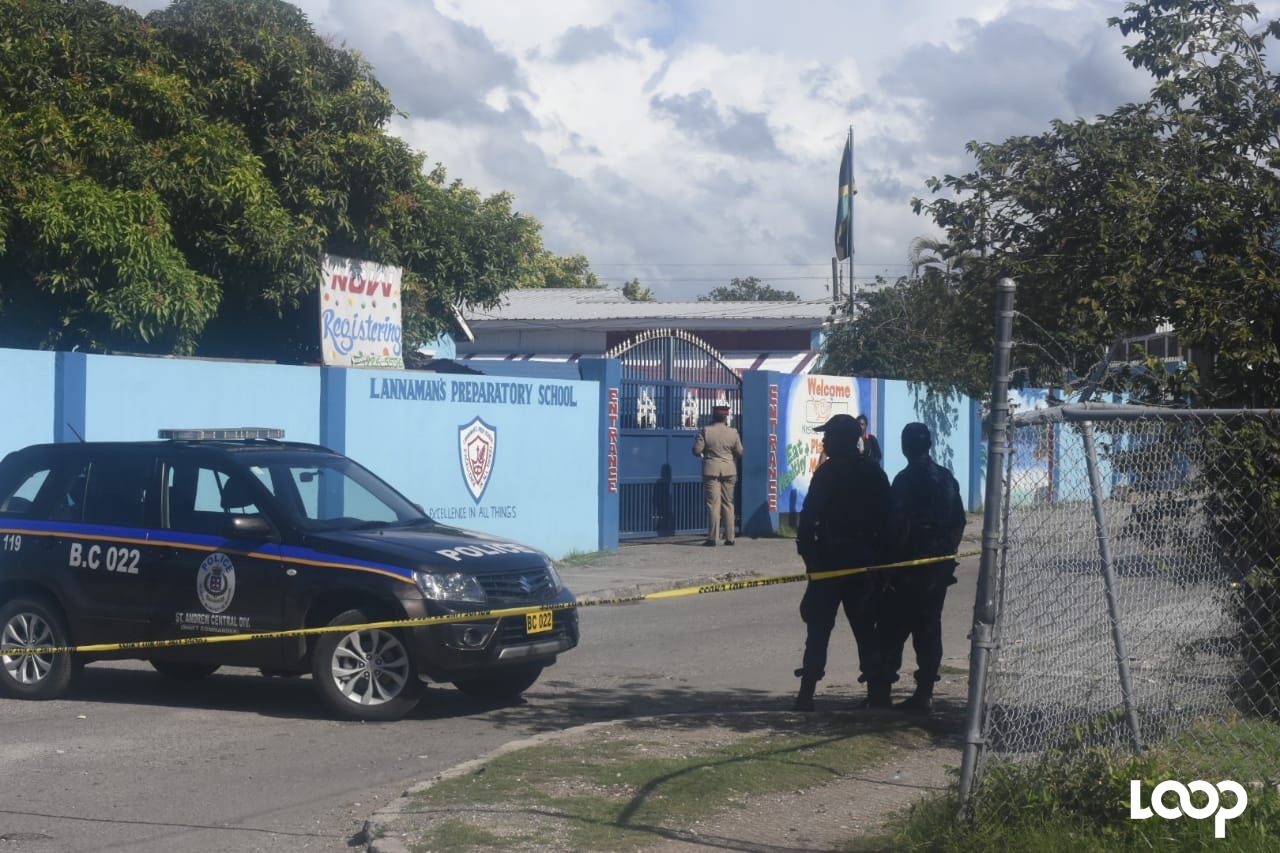 Police officers gather outside Lanaman's Prep, where a male parent was shot dead after dropping off his child at the school on Monday morning. (PHOTOS: Marlon Reid)

A male parent was shot and killed just metres away from the Lannaman's Preparatory School in St Andrew on Monday morning.

Police report that about 7:30 am, the father dropped off his son at the Terrence Avenue-based school and returned to his car, when he was pounced upon by an armed man who opened fire, hitting the dad several times before escaping.

“The information we received is that the man was sitting in the vehicle when a man walked up and knocked on the vehicle; as soon as the driver opened the window he was shot several times,” a Half Way Tree Police officer told Loop News. 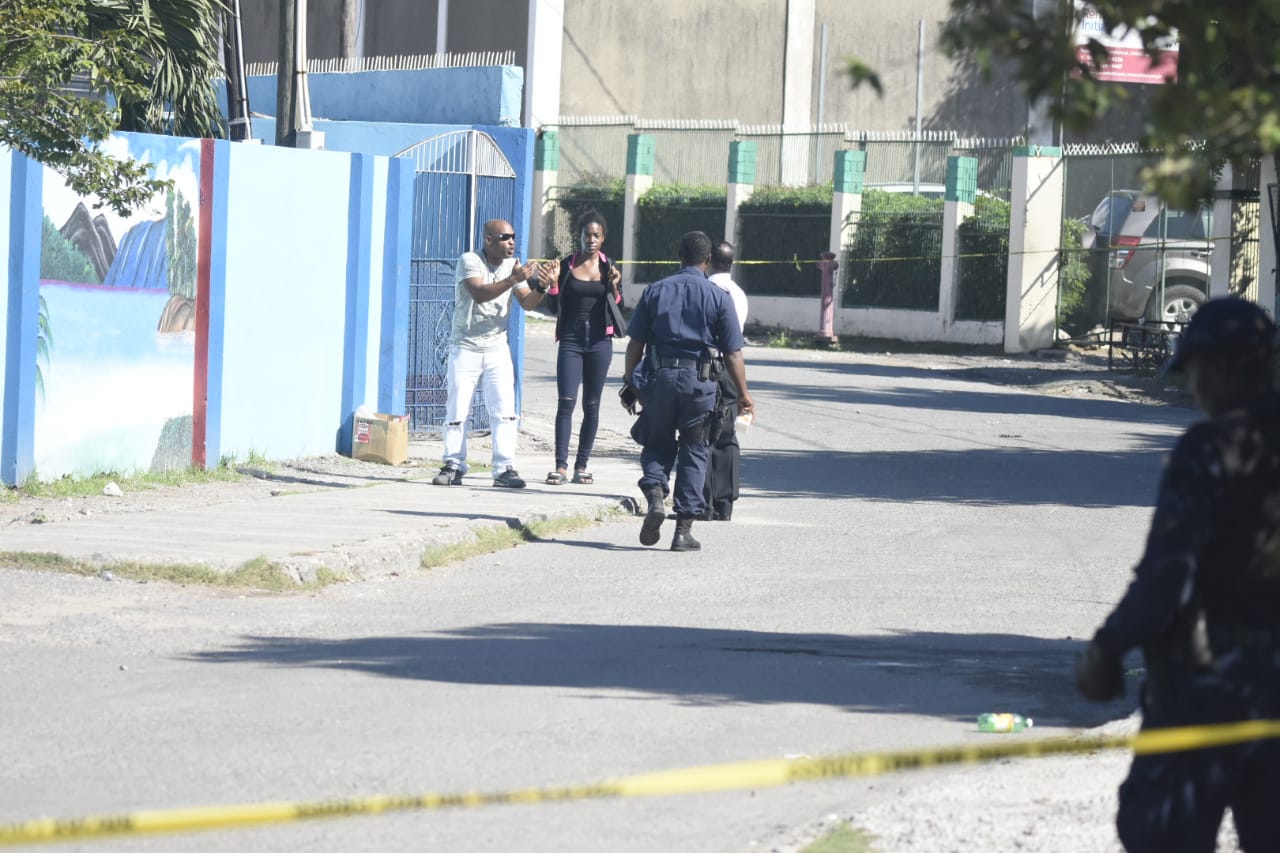 The sound of gunfire sent scores of parents and students running for cover, and left many of them traumatized.

The injured man was later rushed to hospital by another parent, but reportedly succumbed to his injuries.

A team of investigators were on the scene up to publication time.