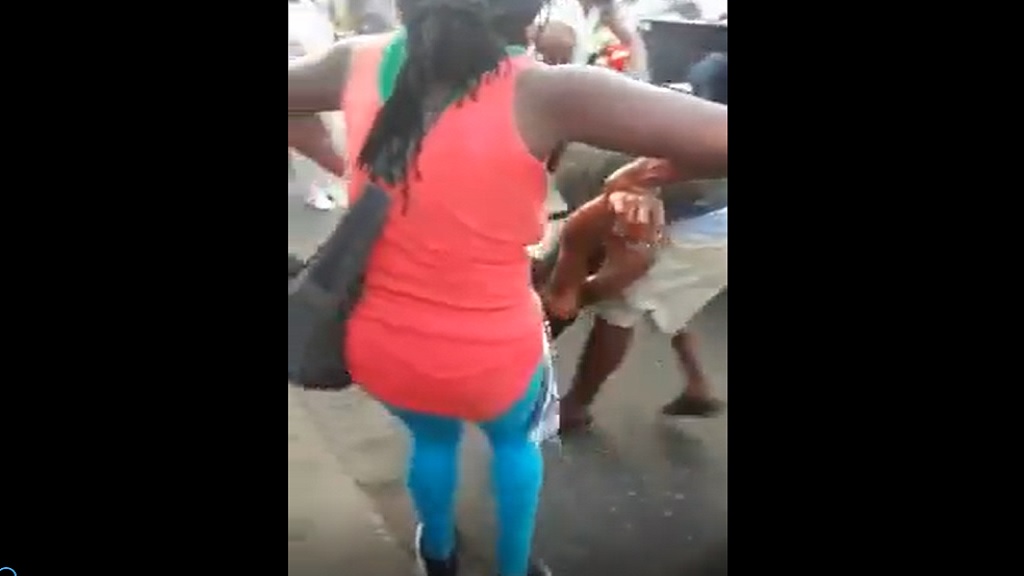 A screenshot from a video of persons assisting a victim of a stabbing incident in Ocho Rios town centre in St Ann on Christmas morning.

A St Mary man was stabbed to death by a group of men in Ocho Rios, St Ann on Christmas Day, Tuesday, December 25.

The deceased has been identified as 20-year-old Rashawn Moore of Gibraltar Heights Housing Scheme in Annotto Bay, St Mary.

Police reports are that Moore and his younger brother were engaged in Grand Market activities in the Ocho Rios town centre, where an argument developed between Moore and a group of men shortly after 7:00 a.m.

During the fuss, both brothers were stabbed with knives several times by the men, before the attackers fled the area.

A video which has gone viral on social media site, Facebook, shows persons assisting Moore, who was soaked in blood, into the back of a police service vehicle.

Another youth, who is reportedly Moore's sibling, hugged his (Moore's body) in the back of the police vehicle.

Moore was unconscious at the time, with several onlookers theorising that he was already dead.

However, the police reported that he was taken to the hospital, where he died while undergoing treatment.

Moore's younger brother, who was also assisted to the medical facility with stab wounds, is currently admitted in stable condition.

The police have since launched a manhunt for the attackers.