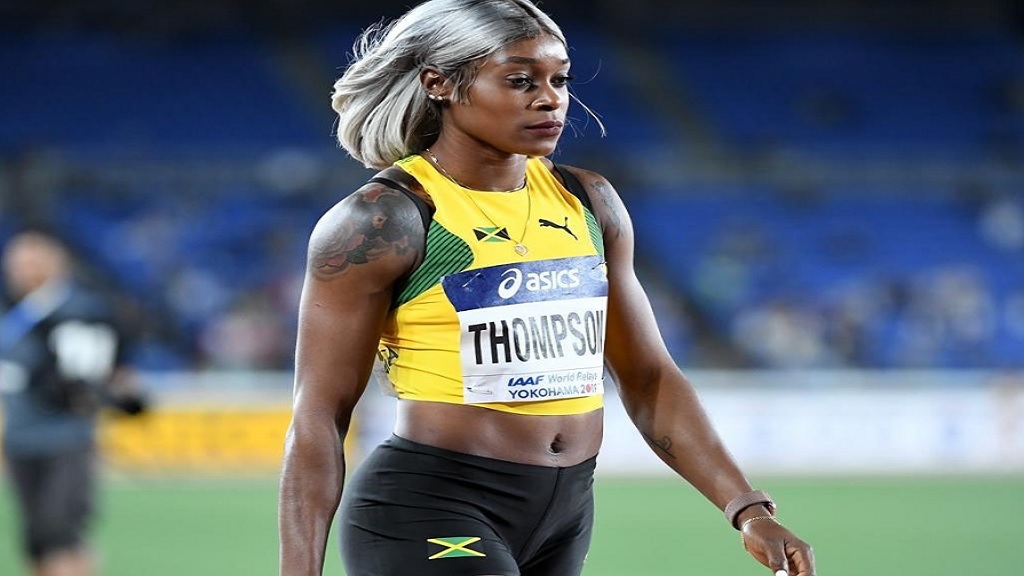 Following an 11.28 (-2.7m/s) run in the heats, Fraser-Pryce, representing Nike, clocked 10.87 (1.4m/s) in the second round to jump to the top of this year’s world list. Just minutes later, Thompson-Herah, of MVP Track Club, came close to matching Fraser-Pryce's 10.87 as she sped to 10.88 (0.3m/s) to win her section and placed second overall as there was no final for the event. Thompson-Herah had earlier clocked 11.41 section three of the heats.

Thompson-Herah's 10.88 is the second fastest on this year's world list and that run came two weeks after she blasted 10.73 seconds in only her third race this year at the Velocity Fest Meet 3 at Jamaica College in Kingston. However, the time was not a legal one with the wind measured at three metres per second, just over the legal limit of 2.0 metres per second.

On Saturday, Fraser-Pryce and Thompson-Herah finished well clear of the overall third place finisher - Shashalee Forbes, of Sprintec Track Club, who logged 11.20 for second place in the heat won by Fraser-Pryce in 10.87.

Tyquendo Tracey, the 2018 National 100-metre champion, and Nesta Carter clocked identical 10.20 seconds - the fastest over the heats as there was no final for the event.

Tracey, who took section four just ahead of Romario Williams (10.21), was credited with the fastest overall time. Williams' 10.21 represents the third fastest time over the heats.

Carter's 10.20 handed him victory in section five over Oshane Bailey, who got home in 10.24, the fourth fastest time over the heats.

Commonwealth Games and Athletics World Cup gold medallist in the 400m hurdles, Janieve Russell clocked the fastest time in the heats of the women's flat 400m.

Russell battled with Doha 2019 World Championships bronze medallist Shericka Jackson to the line in section two to win in 51.74. Jackson came home in 51.76,  a time good enough to maintain her second place overall.

Stephenie-Ann McPherson, who section one in 52.20, finished third overall.

In the men’s event, Jamaica’s record holder Rusheen McDonald, of MVP Track Club, topped the field in 46.49 ahead of  the GC Foster College pair of Akani Slater, 46.60 and Demar Murray, 46.93.

Bahamian Anthonique Strachan of MVP Track Club won the women’s 200m in 23.58 ahead of Samantha Curtis, of Pelicans Track Club, 24.78 (-1.0m/s wind). Only two athletes took part in the event.

Meanwhile, 2019 Doha World Championships silver medallist Fedrick Dacres, of Pelicans Track Club, won the men's discus with a throw of 64.45m, an effort that came in the fourth round.

Chad Wright, who opened with 61.25m in the first round after Dacres had a foul throw, improved to 63.24m in the fifth and penultimte round, a throw good enough for second place.

Shanieka Ricketts, who won the silver medal in the women's triple jump at the 2019 World Athletics Championships in Doha, Qatar, also secured a victory at the Kingston meet.

Tissanna Hickling, the only competitor in the women's long jump, had of best effort of  6.30m.

The fifth Velocity Fest meeting will be held today (August 9) with Fraser-Pryce and Thompson-Herah both entered for the 200m.