The fashion statements were tailored for Seaga 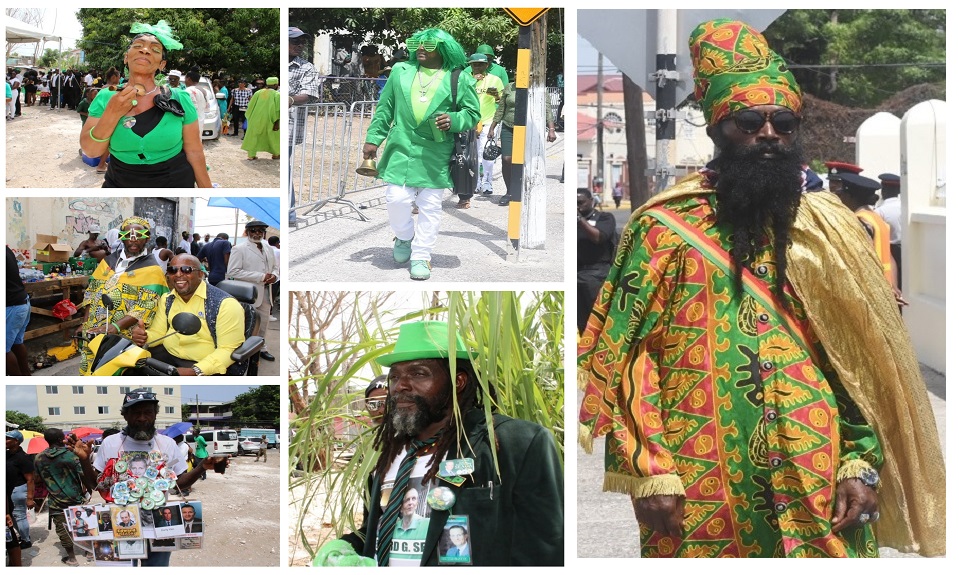 The mourners who turned out Sunday to pay tribute to former Prime Minister, Edward Seaga, made serious fashion statements.

Some women held nothing back while other mourners were dressed outlandishly.

One woman took her party colour so seriously that she dyed her face and hair in a light shade of green. Then another woman was scantily clad in a shorts and a ripped t-shirt that exposed her stomach.

One man juggled a large pair of green spectacles, a white t-shirt and bell bottomed jeans. 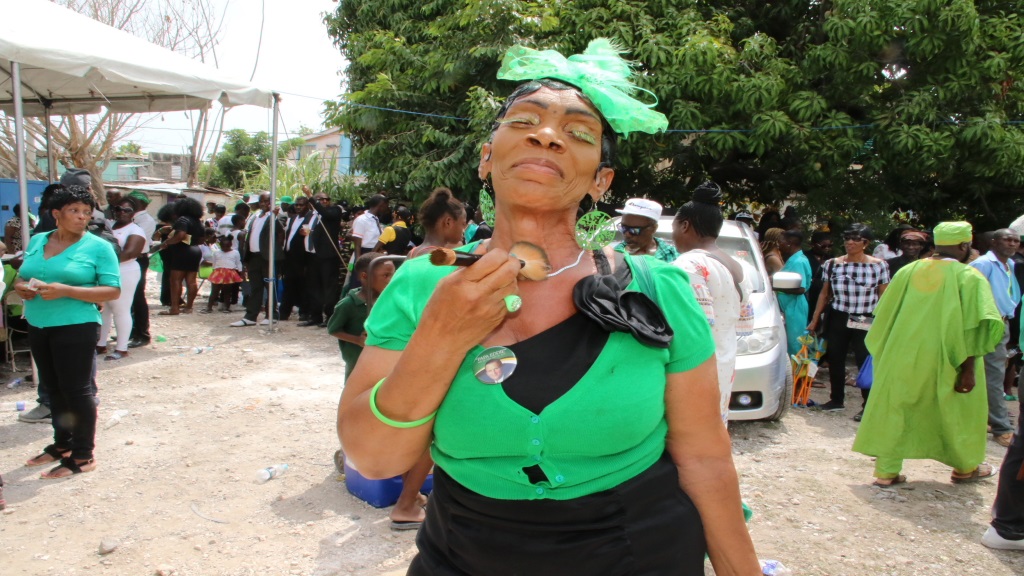 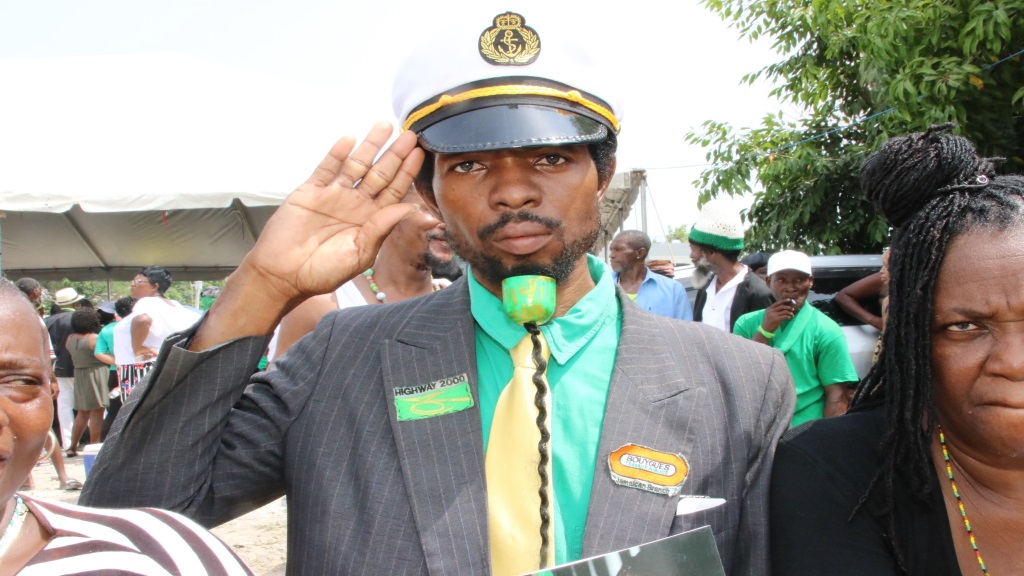 One thing was certain, they enjoyed themselves to the hilt. Most were gathered at an open lot where a tent was erected across from the Holy Trinity Cathedral on North Street where the state funeral for Seaga was being held.

They imbibed and ensured they were part of a carnival like atmosphere.

"We are here to celebrate his life, not mourn the great Seaga," one man said as he sipped a bottle of beer.

The people came from near and far and one woman who complained that she was not given access to the church to get closer to the proceedings, said she had journeyed from Westmoreland to pay her final respects.

"We should be allowed inside the church as Seaga was a man for the people," the woman who gave her name as 'Dawn' said.

There were mourners also lined along the route that the horse drawn carriage took the body of the former prime minister along North Street and onto Duke Street to its final resting place at the National Heroes Park.

They shouted salutations as the casket passed.

"One don, breeder," some persons at the community of Fletchers Land, which was part of Seaga's West Kingston constituency which he served for 34 years, shouted.

Others looked on sadly as their political hero's remains passed by.