Farewell President - Members of the public view body of Burrell 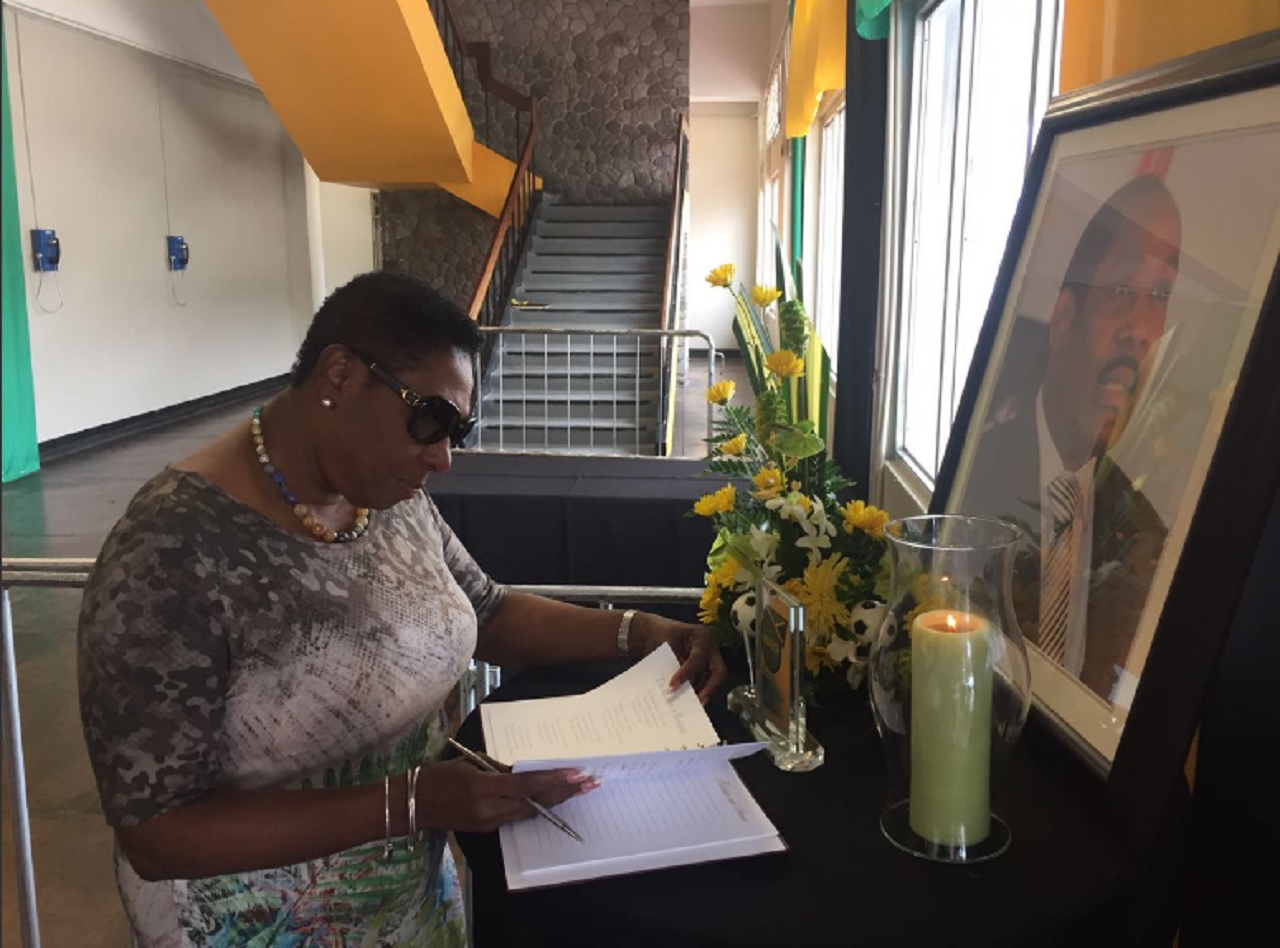 Sports Minister Olivia Grange was among members of the public who came out on Tuesday to view the body of the late president of the Jamaica Football Federation (JFF), Captain Horace Burrell at the National Arena in Kingston. 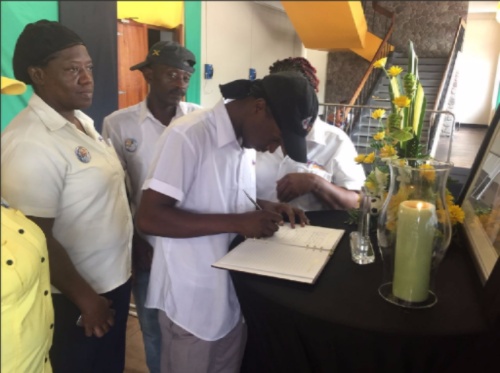 A member of the public signs the condolence book for the late Jamaica Football Federation's president Captain Horace Burrell at the National Arena in Kingston on Tuesday.

"He was a man, who made tremendous contribution to this country, his contribution was more than words can describe he will surely be missed," said Minister Grange.

Bailey said that , "Captain Burrell was a person who made tremendous contribution towards the development of football and that is one of the reasons why I am here to show my respect.".

Craig Butler, tHead of Phoenix Football Academy and agent of Bailey, said the gap left by Burrell will be hard to fill.

"His contribution to football in Jamaica can never be duplicated," said Butler.

John Temos, a business man from Canada, said  "Captain and I go way back, we have been in business for more than 30 years I was there when he started his first bakery."

The Thanksgiving Service for Captain Burrell will be held on Wednesday, again at the National Arena, starting at 10:00 am. with interment scheduled for a private location.

The Thanksgiving Service will include an hour of musical tributes from 10:00 am-11:00 am with the Master of Ceremonies, Tommy Cowan.