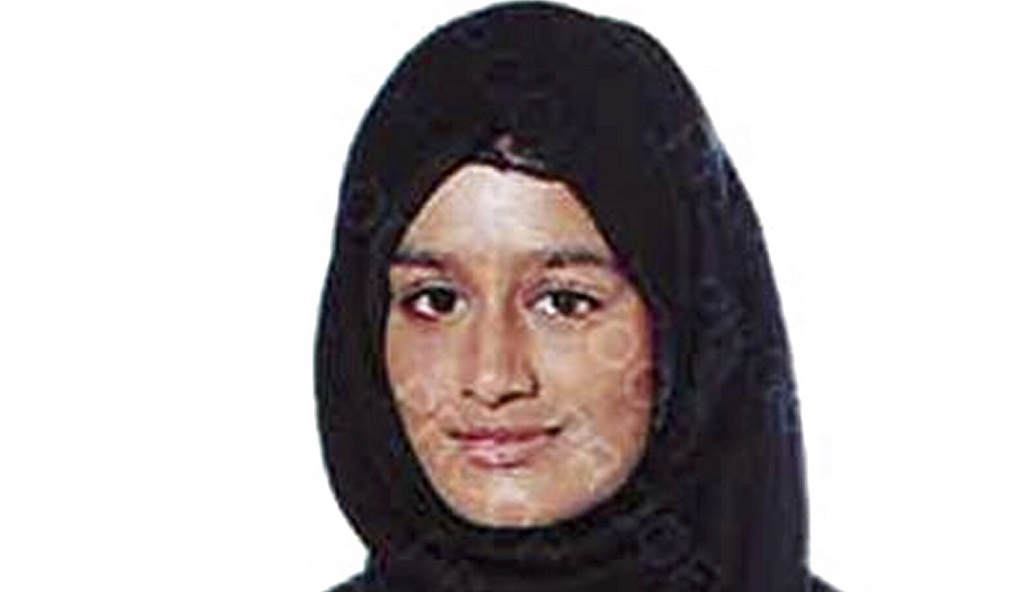 This undated photo issued by the Metropolitan Police shows Shamima Begum, a pregnant British teenager who ran away from Britain to join Islamic State extremists in Syria four years ago, who has said she wants to come back to London, but her path home is not clear. Begum told The Times newspaper in a story published Thursday Feb. 14, 2019, that she wants to come back to London. (Metropolitan Police via AP)

The family of a British teenager who ran away to join the Islamic State group said Sunday she has given birth to a baby boy.

The family's lawyer said that 19-year-old Shamima Begum and her latest baby are in good health. Begum is living in a refugee camp in northern Syria and wants to return to Britain with her child.

Begum was one of a group of schoolgirls from London's Bethnal Green neighbourhood who went to Syria to marry IS fighters in 2015 at a time when the group's online recruitment program lured many impressionable young people to its self-proclaimed caliphate.

She told The Times newspaper that her first two babies had died of illness and malnutrition. She told the newspaper she does not regret her decision to join the extremists, who have lost virtually all of the territory once under their control in Syria and Iraq.

Her legal situation remains unclear. She may face charges for supporting the banned extremist group.

Two days before the baby's birth was announced, Begum's family in Britain said they were "shocked" by her comments, but said she should be brought back to Britain and dealt with under the British justice system.

"The welfare of Shamima's unborn baby is of paramount concern to our family, and we will do everything within our power to protect that baby, who is entirely blameless in these events," the family said in the statement.

The family said it is concerned about Begum's mental health and characterises her as having been groomed by Islamic State fighters.

US teen and two other women injured in gun attack