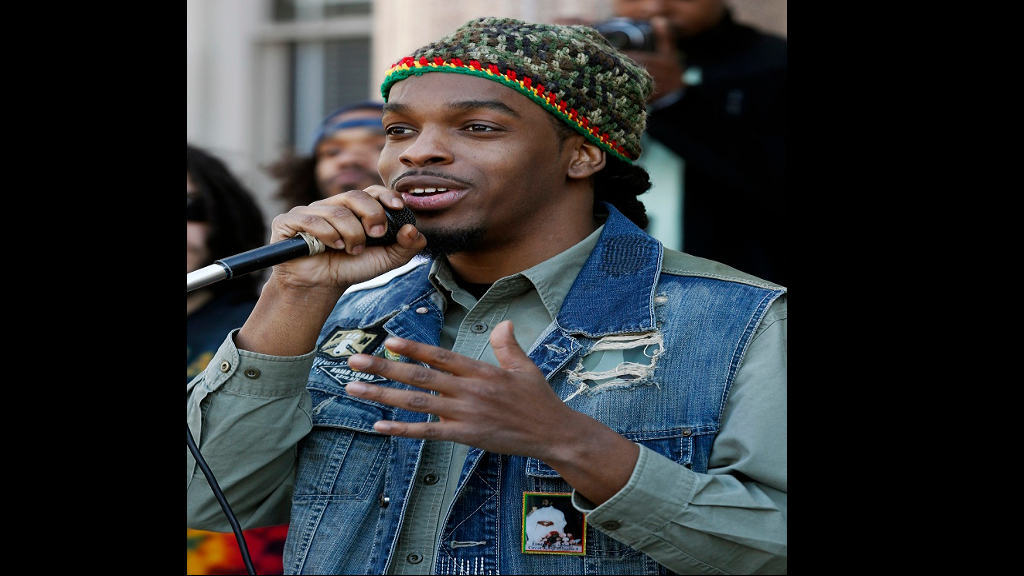 In this Sunday, April 20, 2014, file photo, Jawara McIntosh, son of legendary Reggae icon, Peter Tosh, sings a song as he stands with a large gathering in front of the New Jersey Statehouse in Trenton, N.J. (PHOTO: AP)

The family of the late reggae icon and ganja activist Peter Tosh is seeking answers after they say his son was left in a coma following an attack in a New Jersey jail, where he was serving a six-month sentence on marijuana possession charges.

Jawara McIntosh has been hospitalized since suffering traumatic brain injuries in the attack in February at the Bergen County jail, where he was after pleading guilty to marijuana possession, his family said.

McIntosh, of Boston, performed under the stage name Tosh1. His father was a Jamaican musician and activist who started the Wailers along with Bob Marley. His 1976 hit "Legalize It" remains a rallying cry for those pushing to make ganja legal.

Jawara McIntosh is also a pro-ganja activist and performed the song outside of the New Jersey statehouse in April 2014 during a rally pushing for state and federal lawmakers to legalize or decriminalize ganja.

Attorney Jasmine Rand said Thursday the family has filed a notice that it plans to sue the county and also wants the U.S. Justice Department to investigate. McIntosh is hospitalized in Boston and remains unresponsive and in a coma, suffering from brain damage, she said.

A spokesman for the Bergen County sheriff's office said he was not immediately able to comment Thursday.

McIntosh was arrested in New Jersey in June 2013 after police said they found more than 65 pounds of marijuana in the trunk of his rental car.

His family says that he is a Rastafarian like his father and was fighting for marijuana legalization. Tosh was killed in Jamaica in 1987 during a home invasion robbery.

"A lot of his music is inspired by the Rastafarian culture, by getting the truth out there. My father was a human rights activist and all of his music was about uplifting and educating people about some of the conditions out there," Niambe McIntosh said. "But also my father was an activist for the legalization of cannabis. That's also another avenue that my brother Jawara kind of walked into and upheld. He was also an advocate for legalization of cannabis."

Rastafarians regard cannabis as a sacrament.

McIntosh has four children, including an 11-year-old daughter who performed a song she wrote for him at his hospital bedside, Niambe McIntosh said.

"When you're faced with such a travesty you have to find strength and hope," she said.