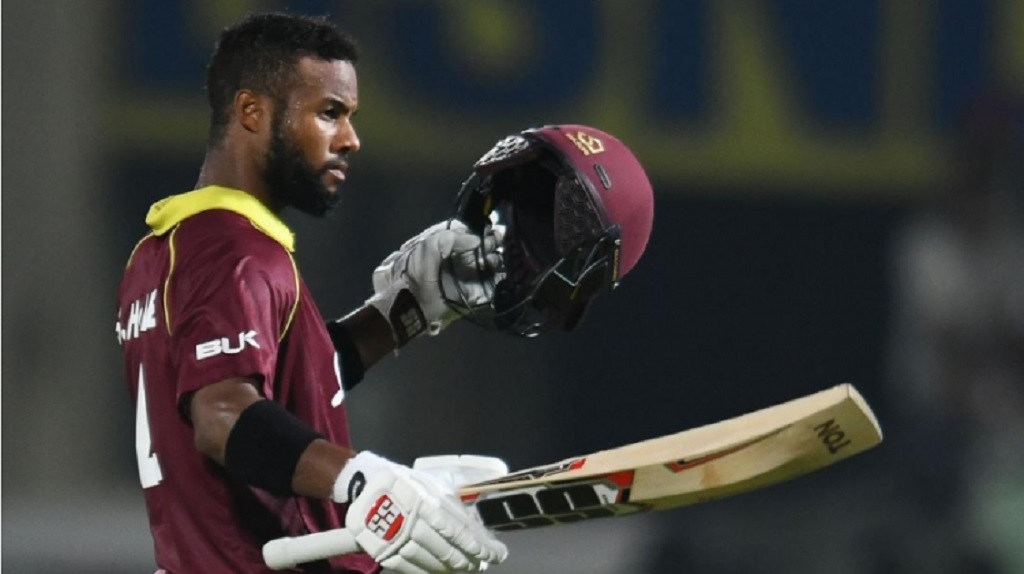 West Indies lost their One Day International (ODI) warm-up match against a Bangladesh Cricket Board XI by 51 runs via the Duckworth Lewis method on Thursday when the umpires called for a close of play due to failing light.

The Caribbean side elected to bat first and made 331 for eight from their allotted 50 overs and Bangladesh reached 314 for six off 41 overs, when the umpires called off the game because of bad light. Bangladesh was adjudged winner via the Duckworth Lewis method.

The West Indies opening pair of Shai Hope and Kieran Powell started well. The pair took a liking to the seamers that Bangladesh surprisingly used in the match. With 101 on the board, Nazmul Islam had Powell caught by Imrul Kayes for 43. Hope carried on, adding 58 runs with Darren Bravo, before Bravo fell for 24 to leave West Indies on 159 for two after 26.1 overs.

Hope fell soon after for a brilliant 81, stumped trying to charge Nazmul for another six. Marlon Samuels made five before Mashrafe Mortaza had him caught. Next over saw Rovman Powell was dismissed without scoring, but Roston Chase and Fabian Allen ensured the West Indies innings got back on scoring.

The pair posted 78 runs together, with a combined 14 fours and two sixes to lift the West Indies past 300. Allen fell for a well-played 48, while Chase remained on 68 not out.

Rubel Hossain took two for 55, while Nazmul Islam had two for 61 and Mehedi Hasan Rana, two for 65.

Needing 332 to win, Bangladesh saw the return of Tamim Iqbal, who wasted no time nor showed any signs of being away from the sport due to injury. He punished the West Indies fast bowlers smashing 13 fours and four sixes in his way to an unbeaten 107.

Opening partner Imrul Kayes was the first wicket to fall, he made 27. Tamim batted with Mohammad Mithun and the pair posted 114 together, with Tamim the run-scorer.

After Tamim fell, Soumya Sarkar continued the chase, he ensured that his team kept ahead of the Duckworth Lewis method, which came into use because of fading light.

Needing 18 runs for victory, the umpires consulted and decided it was too dark to continue play. Both sides shook hands and Bangladesh walked off the field well ahead of the required amount, thereby winning by 51 runs via the Duckworth Lewis method.

Bangladesh finished on 314 for 6, with Soumya on 103 not out and captain Mashrafe Mortaza on 22 not out.

Roston Chase was the best bowler for the Windies with two for 57, while Devendra Bishoo had the next best figures of two for 81.

West Indies will now concentrate on the three-match ODI series against Bangladesh, which starts on Sunday at the Sher-E-Bangla National Cricket Stadium in Dhaka.