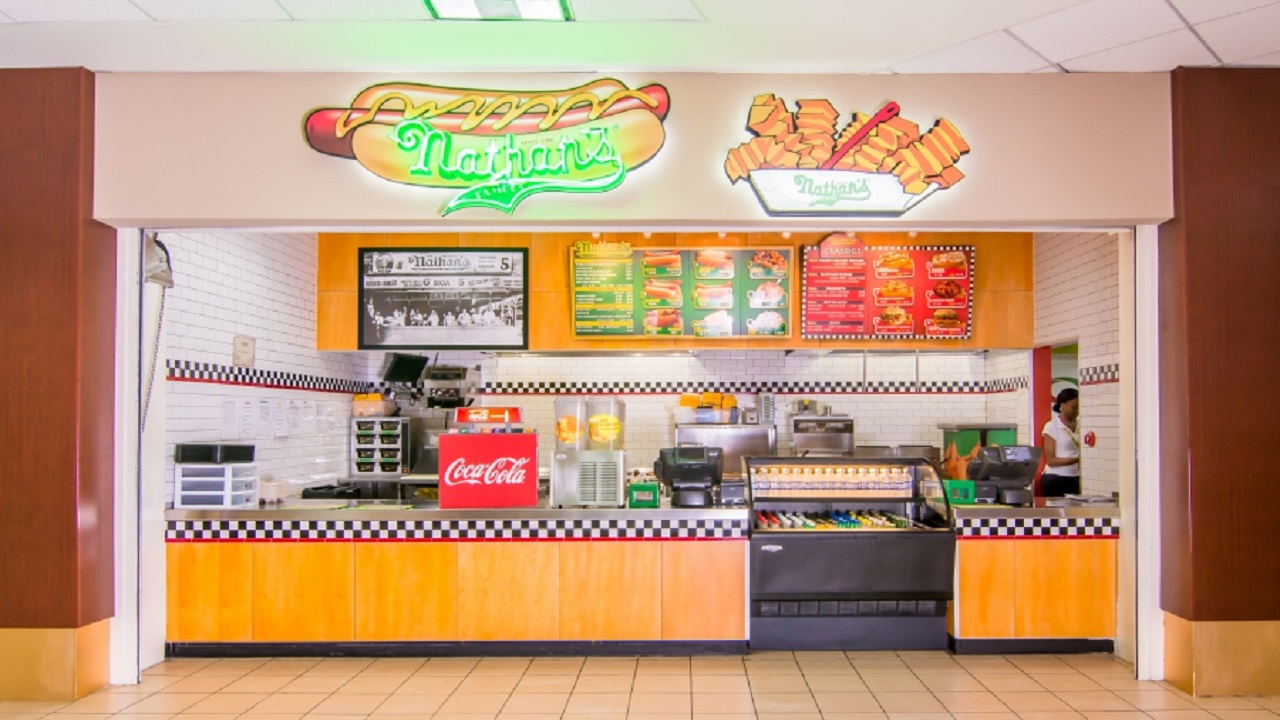 Nathan's Hot Dog is among the food outlets at the Sangster International Airport in Montego Bay that Express Catering operates.

Express Catering Limited (ECL) which operates virtually all the restaurants beyond the security checkpoints at the Sangster International Airport in Montego Bay, will pay its shareholders an interim dividend valued at about US$401,200 (J$56.2 million).

It will result in shares connected to CEO Ian Dear receiving two-thirds of the amount or roughly US$278,000 (J$39 million). The company is a subsidiary of Margaritaville St Lucia whose ultimate parent is Margaritaville Caribbean Limited, which Dear controls.

The dividend will go to all shareholders on record as at February 7 with payment on March 4.

The company is worth $10 billion based on the value of its shares in the stock market. Of the 1.6 billion in total shares, Margaritaville St Lucia holds 1.13 billion or 69 per cent of the shares. The financials call Dear a connected party to that block of shares. He, however, does not hold any shares directly. The second-largest shareholder is Harriat Maragh with 186.6 million units.

The main activities of the company include operating over a dozen restaurants at the Sangster International Airport.