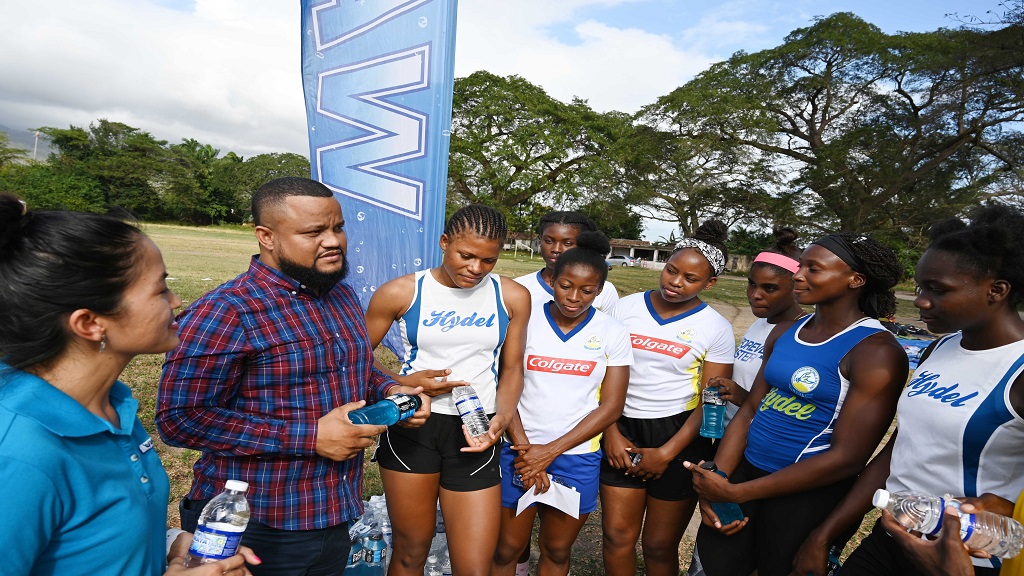 Express Canteen and Wisynco Group have teamed up to sponsor Hydel High preparation for the 2020 ISSA/GraceKennedy Boys and Girls' Athletics Championships, which will be staged from March 24 to 28 at the National Stadium in Kingston.

Concessionaire of the Ferry-based institution, Express Canteen will provide a sponsorship package valued at $300,000 to Hydel's track and field team under the agreement, which also received the backing of beverage manufacturers and distributors, Wisynco, mainly through its Wata and Powerade products.

This latest effort of giving back by Express Canteen follows swiftly on the heels of its lead role in a partnership deal for the recent staging of the Rapid Chess Tournament, which was hosted by Mona Preparatory at Hope United Church, merely a fortnight ago.

Ryan Foster, Chairman, Express Canteen, underlined their belief in helping the development of their stakeholders.

He said: “Express Canteen is pleased to have been able to sponsor Hydel for this upcoming Boys and Girls' Championship. Corporate philanthropy through sport is one of the avenues through which we partner with our key stakeholders. Hydel has done tremendously well and we hope this year with our sponsorship of $300,000 that this will assist them in going one step further than last year and win the Girls' Championship.

“We consider ourselves not just a meal provider in schools, but one of the key stakeholders in the effective operation of a school. We believe in our motto: ‘Feed your Dreams’,” Foster affirmed.

Lue Yen, a former Jamaica squash representative, said: “Hydel is just around the corner from our offices so we’re happy to partner with Express Canteen to support the Hydel Group of Schools with some beverages and hydration for training.”

Bennet expressed appreciation to their sponsors.

“Normally we would come to training and we have a standpipe over there and that is the extent of our rehydration,” he said with a laugh, pointing to the drinking area on the sidelines. “So this is more than welcome. Wisynco, through its Wata brand, has come on board and it’s really a surprise for us. Most things were engineered through Mr Foster and we’re really thankful for the very expensive gesture in terms of the value to us.

“Express Canteen has been operating our canteen since September and for Mr Foster to come on board so quickly after that and give such a sponsorship is just remarkable," Bennett stated