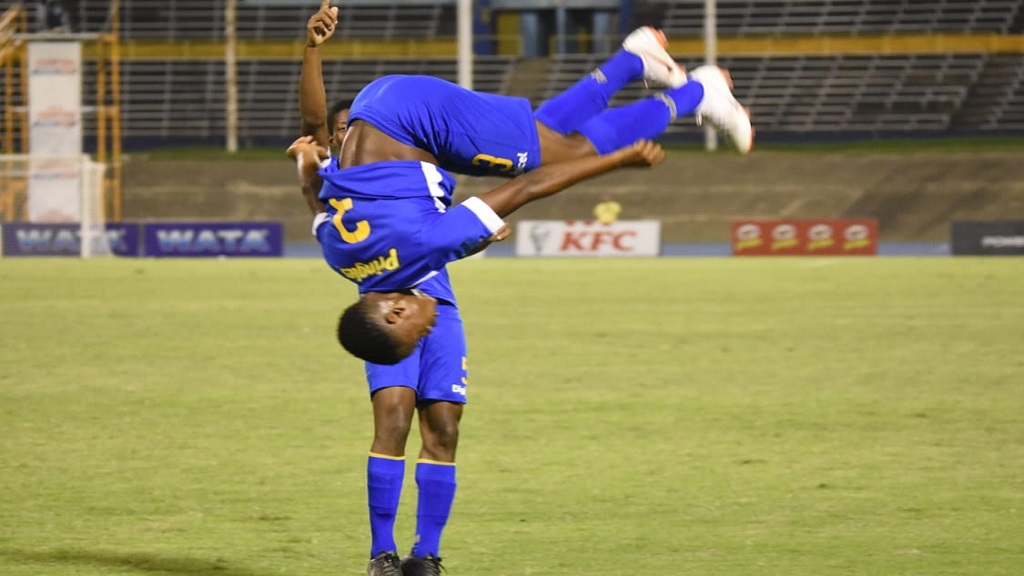 Clarendon College's Omar Reid reacts with a somersault after scoring the second goal of the game during their Round of 16 match against Wolmer's Boys in the 2019 ISSA all-island Champions Cup on Friday, November 1 at the National Stadium. (PHOTOS: Marlon Reid),

In the curtain-raiser, the Round of 16 match between Excelsior High and Dinthill Technical headed to penalties after finishing as a scoreless draw in regular time.

Both teams created good chances to win the game in regular time especially Excelsior High, which were denied twice by goalkeeper Demero Hill on the stroke of halftime.

After doing well to beat a Dinthill defender in the box, Jhevan Smith had his powerful shot pushed onto the bar by Hill and bounced to the feet of Jaheim Flemmings and the follow-up shot was tipped over the bar. Seconds before those two chances created by Excelsior, Dinthill had a glorious chance to take the lead, but Carlington Facey just missed the target from the edge of the six-yard box after a cross was put inside.

In a tense shootout, Alex Alexander scored the all-important penalty to put Excelsior into the quarterfinal of the competition, two days after they suffered a big 4-0 defeat against St Andrew Technical High School (STATHS) in the quarterfinals round of the ISSA/Digicel Manning Cup. 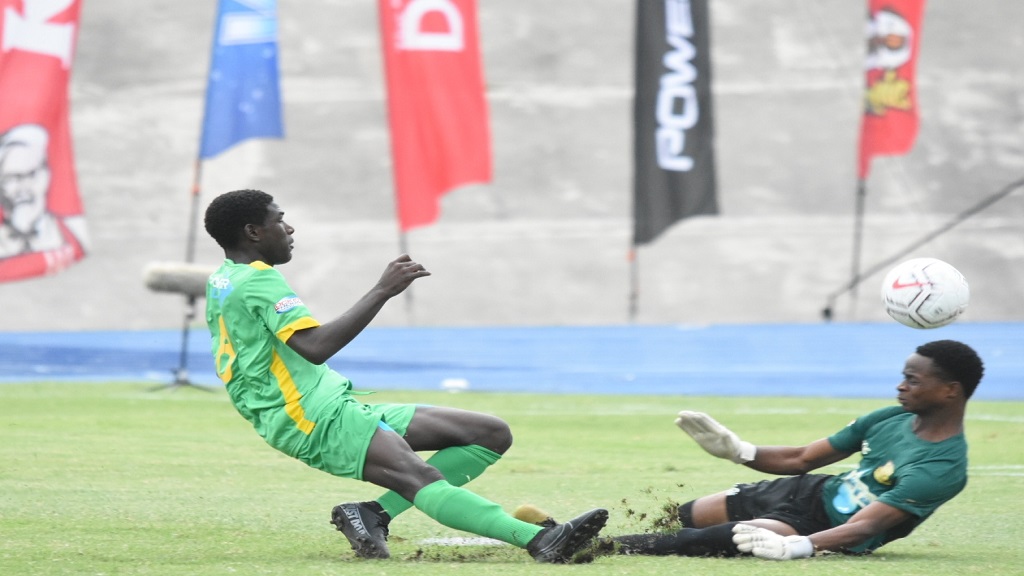 Zachary Palmer had the chance to win the game for Dinthill Technical with the fifth and final penalty kick but booted the ball wide to send the game into sudden death at 3-3.

Four penalty kicks were missed during that period. Karim Bryan also missed for Dinthill Technical, which had scored their first two kicks to secure the early advantage.

For Excelsior, Rojaughn Joseph booted the first penalty over the bar and Hill saved the third penalty taken by  Flemmings.

In sudden death, Ty Wedderburn missed for Dinthill Technical to hand the advantage to Excelsior for the first time and Alexander made no mistake.

In the second encounter, Clarendon College got their two goals during the first nine minutes of the game to eliminate Wolmer’s Boys who failed to create any good scoring opportunities.

The remaining Round of 16 matches are scheduled for Saturday.