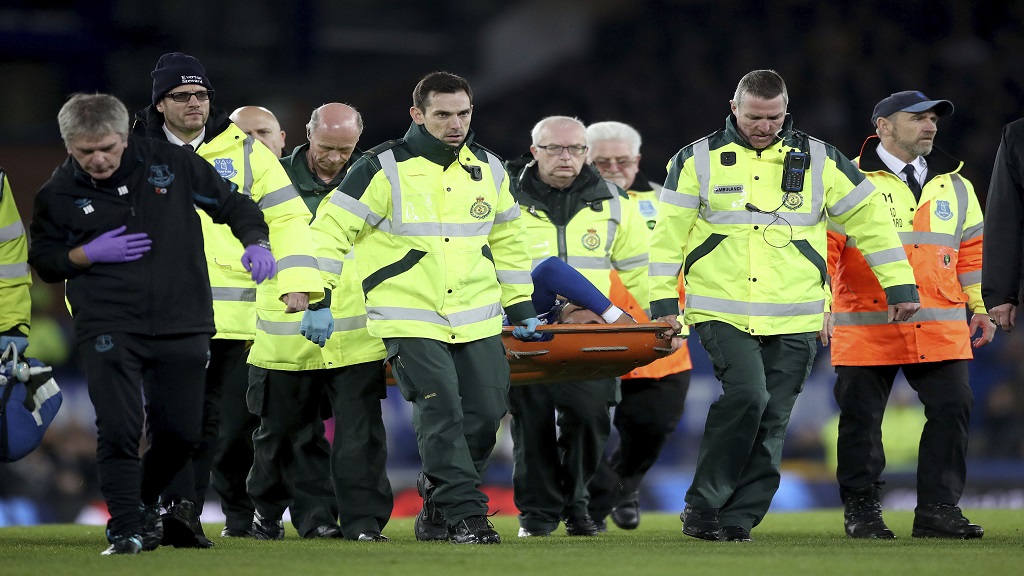 Andre Gomes is expected to make a full recovery after undergoing successful surgery on his right ankle on Monday, Everton have announced.

Gomes was taken off on a stretcher in the second half at Goodison Park following a challenge from Son Heung-min, with the Everton player then colliding with Serge Aurier.

Spurs forward Son, who was sent off by referee Martin Atkinson, was visibly distraught before being led down the tunnel, while players from both teams were clearly distressed by the incident.

"Everton can confirm Andre Gomes underwent surgery to repair a fracture dislocation to his right ankle and the procedure went extremely well," a statement on the club's official website read.

"The Portugal international, who sustained the injury in yesterday's Premier League fixture with Tottenham, will now spend some time recovering in hospital, before returning to USM Finch Farm [Everton's training ground] to start his rehabilitation under the guidance of the club's medical staff.

"The 26-year-old is expected to make a full recovery.

"On behalf of Andre, the club would like to thank all Everton supporters and members of the wider football family for the overwhelming messages of support we have received since yesterday's match."