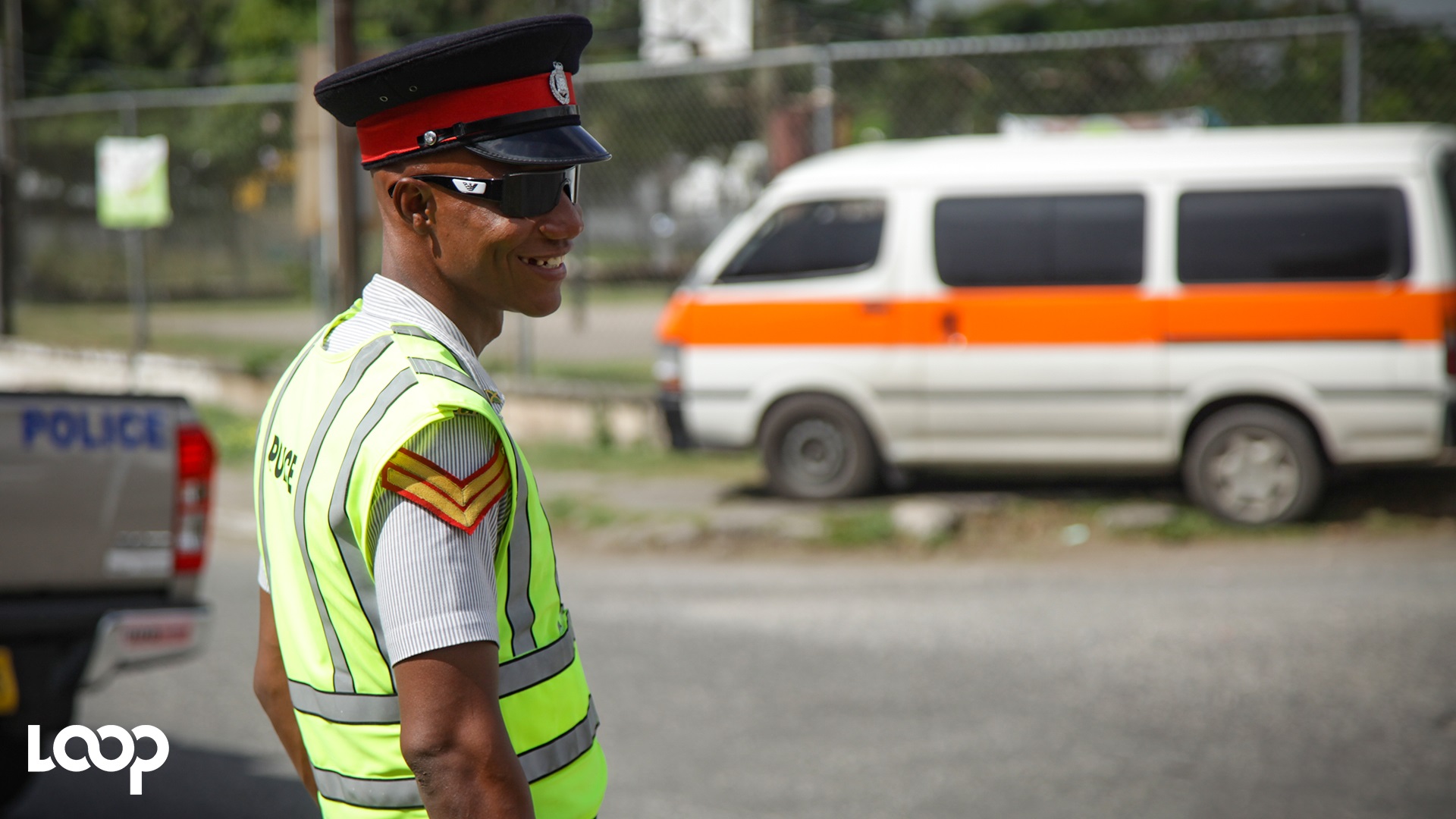 The Jamaica Constabulary Force (JCF) is being showered with praise from motorists after a major operation by the police led to unusually free movement of traffic across the Corporate Area on Friday evening.

It was part of the JCF's initiative to have approximately 100 young recruits take to the streets across the Corporate Area to help with road traffic duties.

On Friday evening, Traffic cops were out in their numbers at most of the major intersections – including usually problematic ones such as Waltham Park and Hagley Park roads; Slipe and Half Way Tree roads; Red Hills and Constant Spring roads; and Oxford and Old Hope roads.

With motorists – including the notorious ‘robot taxi’ drivers – forced to exercise discipline on the roads, traffic congestion eased so much that some people reported cutting their regular peak hour commute time by more than an hour. 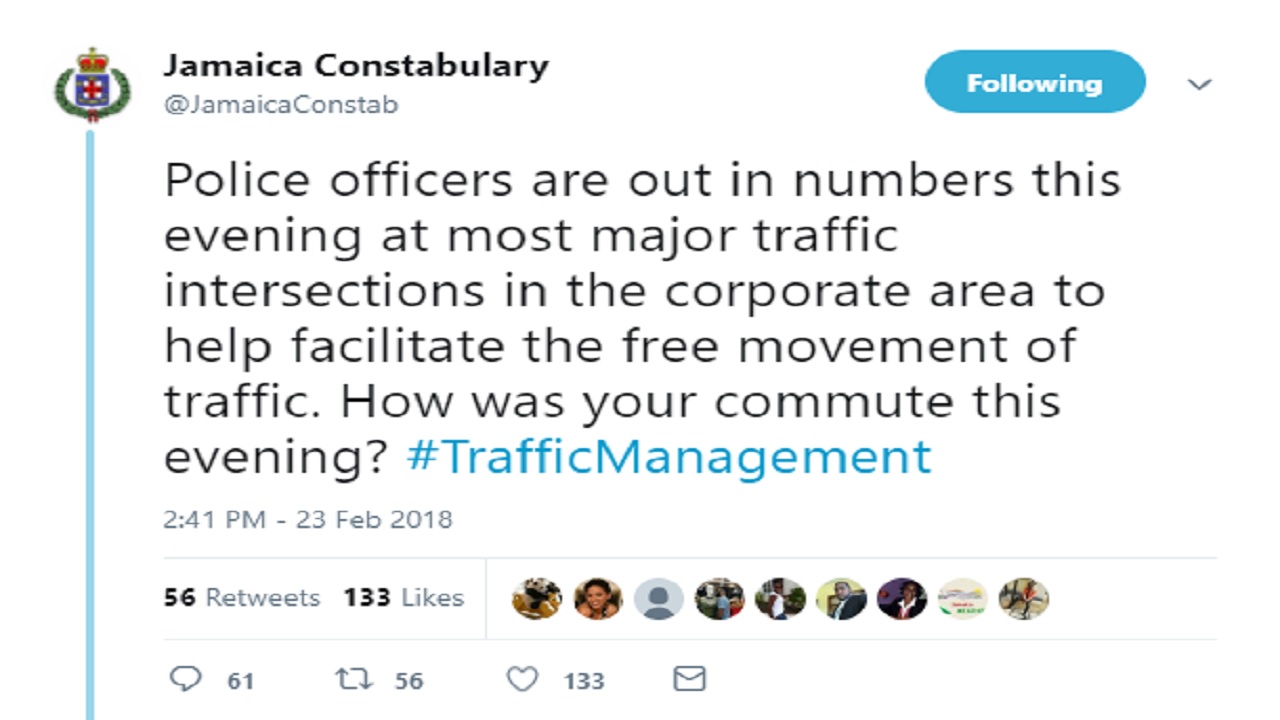 Apparently well aware of the positive impact it had on the traffic, the JCF invited feedback from the public via Twitter. The cops received rave reviews.

Broadcaster Paula-Anne Porter Jones, among the scores of people who responded to the JCF tweet, said, “It was a lovely experience with neither blocked intersections nor bad driving taximen. Thank you @JamaicaConstab.”

Another journalist, Damion Mitchell said he was “impressed”.

“Surprisingly smooth. I was so relieved and impressed. I was preparing for the long delays but that never happened,” the Gleaner reporter said.

Nic Mundell summarized it best, in one sentence:  “when taxi men have to wait in line like everyone else, I am happy.”

Commendations for the police continued into Saturday morning, with a number of Jamaicans – including politicians Fitz Jackson and Venesha Phillips – expressing appreciation for the measure.

Despite the overwhelmingly positive responses, there were some reports of problems caused by (you guessed it) rogue taxi and bus drivers. 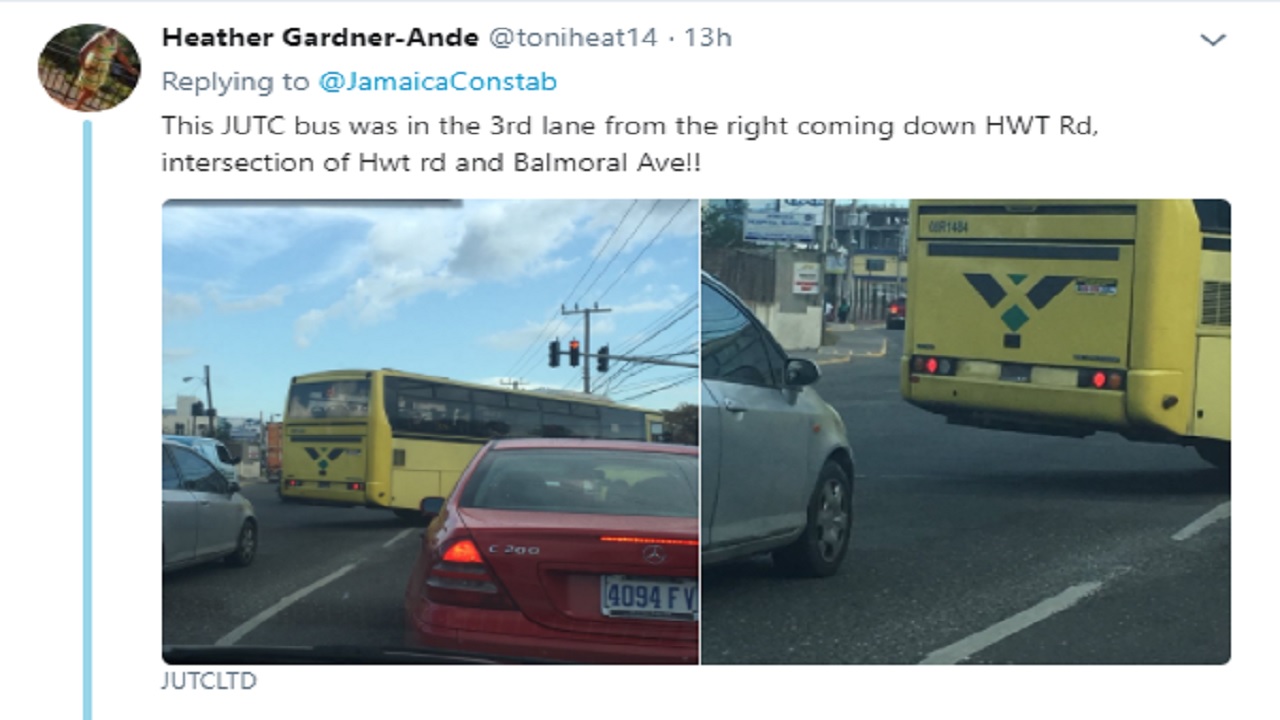 Businesswoman Yaneek Page complained about almost crashing into one of the “rogue taxis coming from E Kings House Rd”, while another twitter user (Heather Gardner-Ande) took a photo of a Jamaica Urban Transit Company bus cutting across two lanes purportedly without any care.

“Got the red light too and just blocked off one lane going down HWT Rd and positioned the bus across the vehicle at the front of the line going down Balmoral,” Gardner-Ande said about her experience, triggering a humorous response from Page, who said “It’s like a video game every time u touch the road.”

Its obvious inability to completely rid the roads of indiscipline users aside (one man suggested getting rid of taxis all together), the JCF gets a very good grade for its effort.

The big question now is, how long will it last? 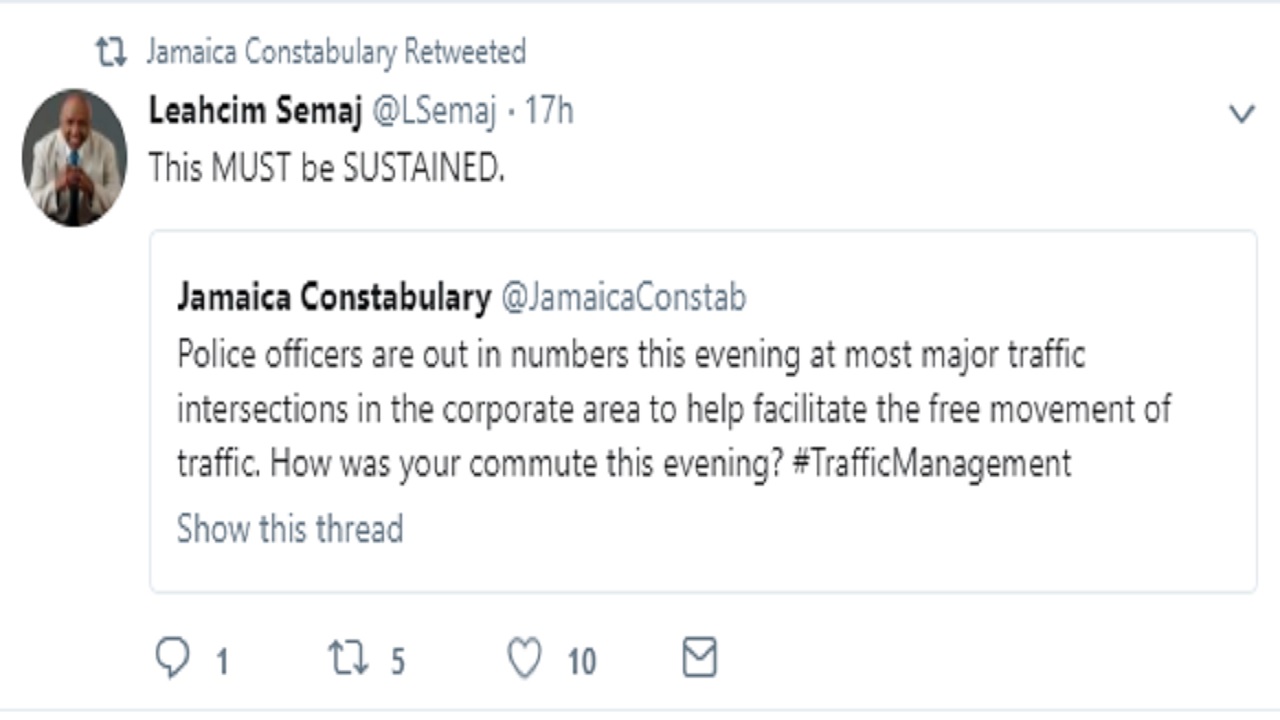