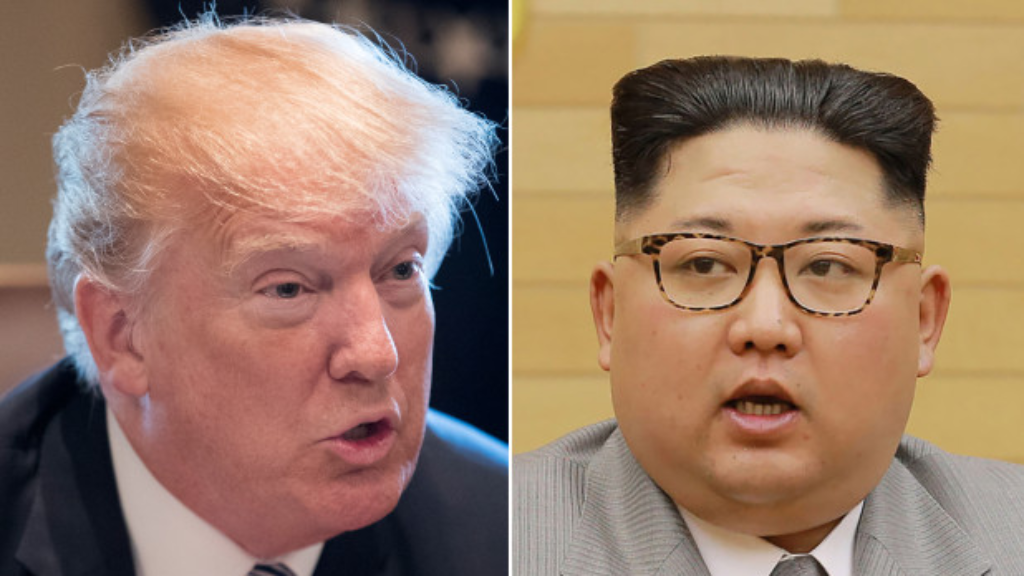 Mogherini said the EU is looking forward to the outcome of the talks and that the bloc supports all efforts to obtain "the complete, verifiable and irreversible denuclearization of the Korean Peninsula."

South Korea's national security director announced on Thursday that Trump had agreed to a proposal by Kim to meet by May to discuss the denuclearization of the peninsula.

Meanwhile, China's foreign ministry says it hopes all parties to the North Korean nuclear dispute will "show their political courage" in restarting negotiations, and pledges its support in working toward that goal.

Geng told reporters at a regularly scheduled press briefing that China hope that all parties "will continue to strive for the political resolution and lasting peace and stability on the peninsula."

China is North Korea's most important ally and trading partner, although it has agreed to increasingly harsh United Nations economic sanctions in a bid to steer the North back to talks. In the 2000s, Beijing hosted several rounds of six-nation denuclearization talks involving the Koreas, China, Russia, Japan and the U.S.

Lavrov was quoted by Russian state news agency Tass on Friday saying during a visit to the Ethiopian capital Addis Ababa that Russia considers the move "a step in the right direction."

He went on to express hope that the agreement would be implemented and that it is "necessary for normalizing the situation around the Korean peninsula."

Foreign Minister Kang Kyung-wha says South Korea will make sure if the summit does take place, "it's a meaningful meeting with good outcome."

A summit between Kim and South Korea's president in a Korean border village is planned at the end of April, and Trump's meeting with Kim would be anticipated sometime in May at a place still undetermined.

Kang said Friday on an official visit to Hanoi, Vietnam, "the exact timing and the place will need a lot of consideration."

Chung Eui-yong spoke outside the White House after a day of briefings with senior U.S. officials, including Trump, on the recent inter-Korea talks. Chung says Trump said "he would meet Kim Jong Un by May to achieve permanent denuclearization" of the Korean peninsula.

Chung says Kim told the South Koreans he is "committed to denuclearization" and pledged that "North Korea will refrain from any further nuclear or missile tests."

The meeting would be the first of its kind between a leader of North Korea and a sitting president of the United States. The two countries have been in a formal state of war since the Korean War in the 1950s.