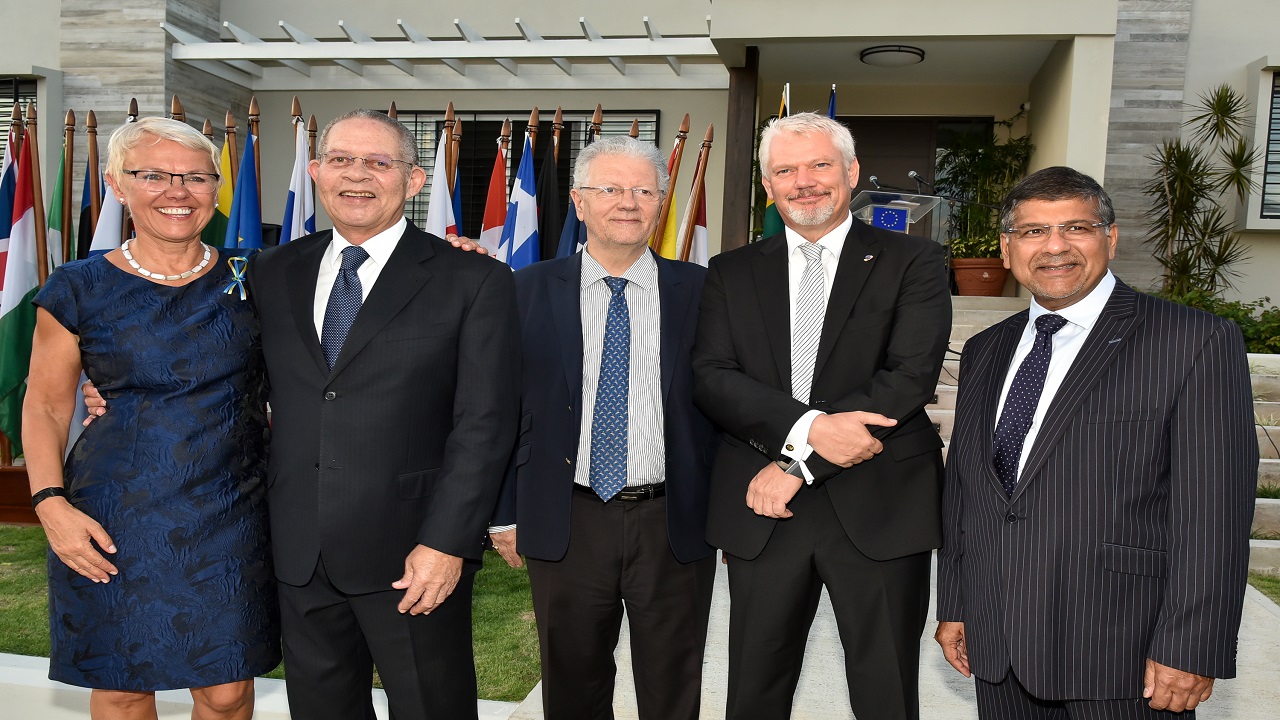 Jamaicans will be able to view a series of film shows, free of cost, as part of the 2018 European Union Film Festival set to take place in Kingston between May 14 and 20.

The announcement was made by the Head of the European Delegation to Jamaica, Ambassador Malgorzata Wasilewska at the Europe Day celebration, held at her residence in St. Andrew on Wednesday, May 9, 2018.

The Ambassador said she looked forward to a greater cultural exchange with the week-long film festival, which is to be hosted by the European Union and its Member States.

The festival will take place in the context of the observance of the ‘European Year of Cultural Heritage’ and is to provide a platform to celebrate the diversity and creativity of Europe, aimed at encouraging more people to discover and engage with the European culture.

“The film festival is part of efforts by the Delegation to create a better understanding of Europe and European culture among Jamaicans with whom the EU shares a long and strong partnership,” said Ambassador Wasilewska.

Tenfilms will be shown to the public over the period representing several of the 28 European Member States and will be presented in their native languages, with English subtitles. Participating countries include Italy, Belgium, Latvia, Sweden, Spain, Ireland, The Netherlands, Denmark, France and Austria.

The festival will open on Monday, May 14 at the Spanish Court Hotel with a free screening of the Italian film ‘Fortunata’ which follows the story of a young mother who overcomes several ordeals to achieve her dream of owning her own business. The other films will cover adventure, drama, comedy and history.

Venues for the showings will include the Mico College University, Campion College and the Ambassador Theatre, in Trench Town.

“We made a great effort to reach out to different communities so there would be different locations to showcase the films this year.  Being able to have a screening in the Ambassador’s theatre in Trench Town was very important to us, as we feel the community does not have many opportunities to see films for free and this is something we hope to replicate in the future,” said the Ambassador.

The full film schedule is available on the European Union’s Facebook page. https://www.facebook.com/euinjamaica.