Etana refuses to apologise to Nikki Z over 'degrading' tweet 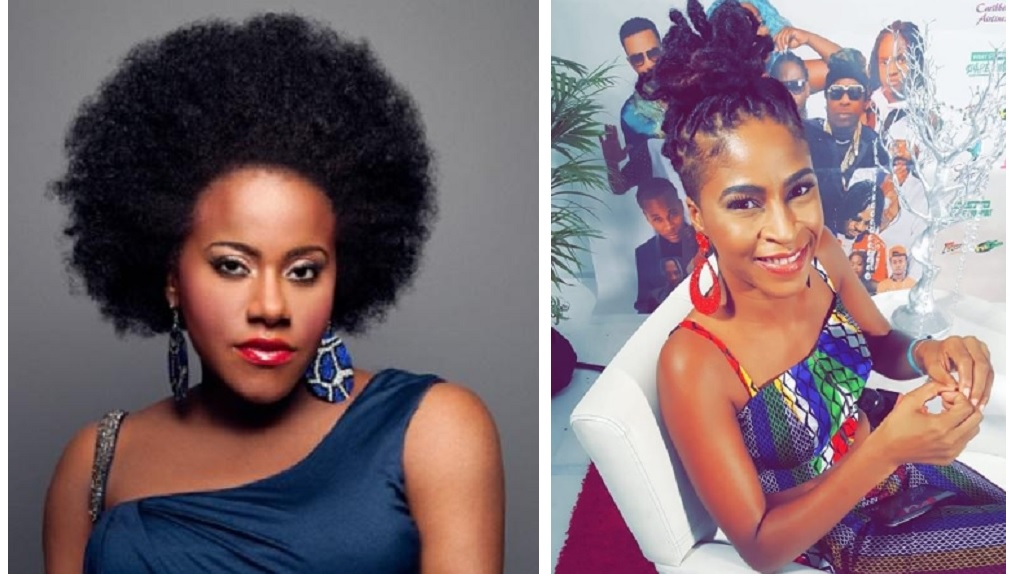 Reggae singer Etana has chosen to ignore a social media post by Nikki Z on Tuesday in which the radio personality re-hashed a weekend tiff between the two over Nikki Z using Etana's image in a politically-related post.

In the Instagram post that has racked up over 15,000 views so far, Nikki Z trotted out the age-old argument of female aggression towards women and their propensity to launch silent daggers at each other over petty issues.

"We women go through too much to publicly start trying to trash each other in that type of manner and all women across the world know what I am talking about when I say it. And the type of demeaning behaviour we get from men in the industry who objectify us, and...made to feel wrong just because you are in charge of your body...I am in charge of my body and I will always be that...we don't need to add fuel to the fire," she said.

Over the weekend, in one of her tweets, Etana indirectly referred to Nikki Z as "industry mattress" and asked her to keep her name out of political-related content. She did not tag Nikki Z in the post.

Even as she appealed for female solidarity, Nikki Z also sought to defend the use of Etana's image in what she called a 'black empowerment post' that also labelled Etana as a 'Trump supporter' (ahead of the 2016 US presidential elections, Etana had expressed her support for then Republican candidate Donald Trump) and said she had hashed it out with her and thought the issue was dead until she was tagged in a post from another media house the following morning.

The two appeared to have brokered a ceasefire with public statements on Monday. However, it appears Nikki Z  wanted an apology from Etana specifically about her character, as the "apology was not an apology".

Nikki Z said she had been prepared to move on when Etana's publicist added fuel to the fire when she remarked in an online article that "she (Etana) isn't saying anything about her that people in the industry weren't already saying" - a brutal aside that appeared to cut Nikki Z to her emotional core.

"People change the narrative of the kind of person you are when they put things like that in a public forum...it is a trashy way for women to address each other,...this isn't a reflection of who I am," Nikki Z said in the Instagram post.

However, Etana has unequivocally refused to comment further on the 'industry mattress' issue and also poured cold water over the idea of an apology regarding Nikki Z's character.

"We truly have nothing further to say regarding this issue. There are more important issues for the artiste to focus on," she told Loop News reporter Claude Mills.

"As a recent historic Grammy nominee, we are putting attention on her upcoming album that is slated for release this November. We are also looking at relief efforts for the Bahamas and cannot provide anymore attention to this matter."