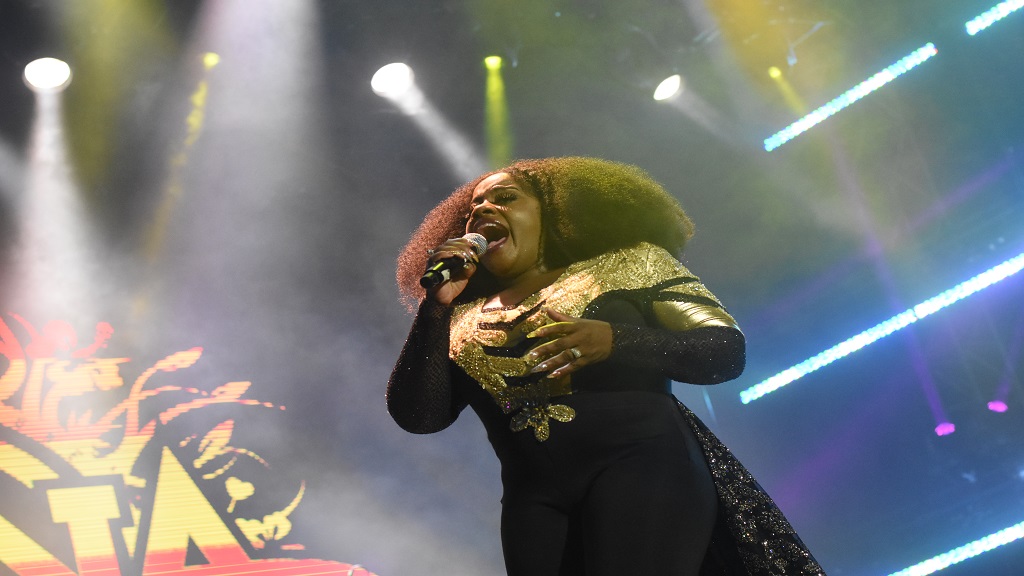 Reggae star Etana is gearing up to begin her 'Spread Love' world tour in January with shows in Sydney, Melbourne, Australia, and New Zealand.

She is currently in studio recording her 7th studio album which will be released during the summer 2020.

"The year 2020 is already shaping up to be a challenging but exciting one as I will be working with several producers on my new album project," she said.

However, the hardest working woman in reggae today is taking time out at the end of the year to thank her fans for their unstinting support throughout the years.

"I appreciate all my fans who bought the music I create. I want to thank my fans for streaming the music and coming to all the shows. All the people in the music who voted for my album to be nominated, you are awesome for doing so. One of my most fantastic memories was walking that red carpet. I can’t thank you enough for thinking of the first album produced solely by Freemind Music as good enough to be nominated in the best reggae album category," she said.

"I thought for many years that women were just not considered as men in Reggae. Your actions changed my perception, thanks to all of you."

It was an eventful year for Etana as her year-long Reggae Forever World Tour closed December with shows in Qatar and Carriacou. The tour had begun in March 2019 in the US and saw Etana going through 36 States. She also played in Kenya, Leeds UK, Germany, Denmark, Austria, Canada.

"One of my most memorable stage performances of the year was in Nairobi, Kenya,  which was dubbed  "Etana Returns" and the show brought out 7,000 fans at Uhuru Gardens in Nairobi," she said.

While in Kenya, Etana made humanitarian stops at Amnesty International Kenya and visited and performed at a school in the slums of Kibera in Nairobi.

"Another notable performance was at the Black Music Festival in Leeds;  the crowd was warm, when the power went out around three times, I began singing a capella and the crowd started signing with me until the power came back, and the show ended with high energy, that was a really great moment," she said.

In November, Etana released an 8 track EP dubbed 'Dimensions' that landed on #2 on iTunes Uk and #4 on iTunes US. Etana released music video for 'Rock My Body' which is currently in rotation on local media and international main stream radio stations in the US.

"The EP is called Dimensions for a reason, it's a collection of moods, there are so many sides to me musically that I want to share some more with my fans," she said.