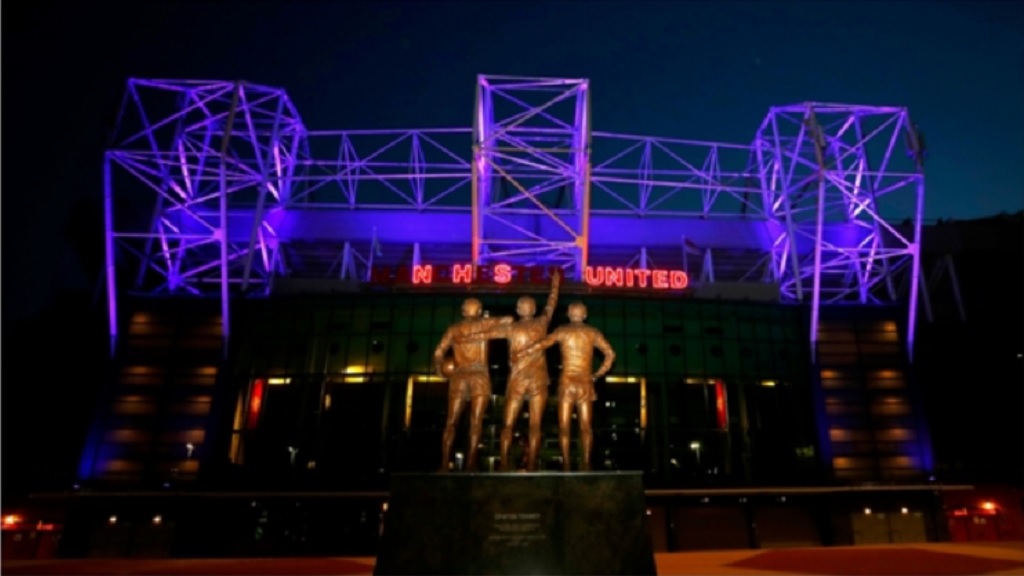 Manchester United's Old Trafford stadium during a tribute to the National Health Service.

Discussions relating to the return of English Premier League (EPL) football have been held in "constructive meetings", according to the United Kingdom government's foreign secretary Dominic Raab.

The Premier League has been on hiatus for almost two months due to the coronavirus pandemic, which has impacted much of the world and brought professional sport to a standstill.

'Project Restart', as it has been dubbed, is being planned by the Premier League, as decision-makers look to determine the best way to resume matches.

According to reports, numerous ideas are being considered, such as playing the remaining matches behind closed doors at neutral venues, while Professional Footballers' Association chief Gordon Taylor has suggested matches could even be shortened.

Raab confirmed the government has already held talks with sporting bodies with regards to allowing athletes and players to resume training, and while he suggested discussions are going well, he stressed safety is the priority.

"I think it would lift the spirit of the nation," Raab said in the government's daily briefing on Tuesday.

"The government has had constructive meetings with sports bodies over plans for athletes to resume training when it's safe to do so.

"The culture secretary has also been working on a plan to get sports played behind closed doors when we move to the second phase.

"We can only do it when the medical and scientific advice is that it can be done safely and sustainably, but that is certainly something under active consideration."

The UK has had almost 195,000 confirmed cases of the virus, while the death toll has reached 29,427, the largest total in Europe.

Coronavirus: Most Premier League players are scared to return – Aguero

Why ISSA, JFF should scrap plans for high school football for 2020