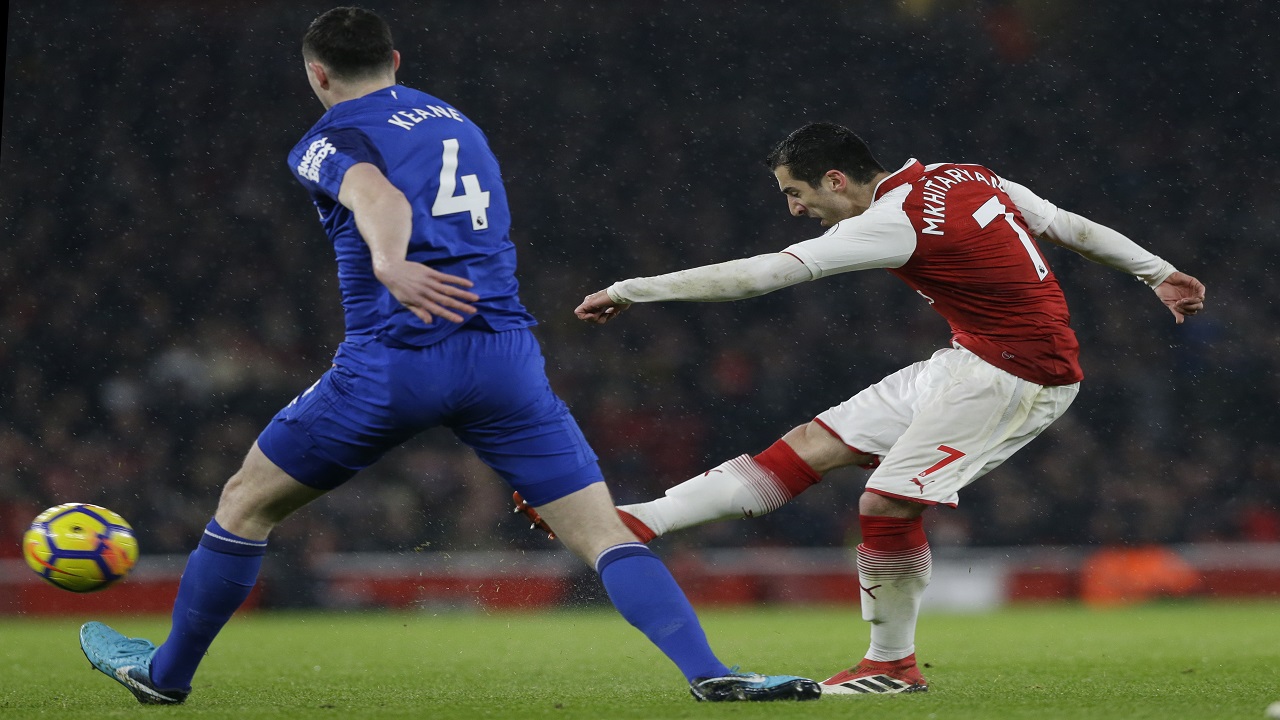 After a rare English Premier League swap deal, Alexis Sanchez and Henrikh Mkhitaryan made an immediate impact at their new homes on Saturday.

Sanchez injected a fresh dose of dynamism to Manchester United and scored — immediately after missing a penalty — on debut to beat Huddersfield 2-0.

Mkhitaryan, who struggled to convince Jose Mourinho of his qualities at United, marked his first Arsenal start by providing three assists — including one for fellow new recruit Pierre-Emerick Aubameyang — in a 5-1 rout of Everton.

When so much focus was on Mkhitaryan and $80 million record signing Aubameyang, Aaron Ramsey chose the wrong day to score his first-ever hat trick.

For Arsenal and United, the January signings were made with an eye on next season in the Premier League. Any title aspirations faded long ago.

Even though Manchester City dropped points for only the fourth time this season in a 1-1 draw at Burnley, the leaders still only had their advantage cut to 13 points by United with 12 games remaining.

The tussle to stay in the Premier League is far tighter.

Southampton escaped the relegation zone after winning at West Bromwich Albion 3-2 to end a 13-match winless run in the league.

Swansea is out of the danger zone only on goal difference after drawing with Leicester 1-1.

But Stoke sunk back into the bottom three after Bournemouth followed up recent fine wins against Arsenal and Chelsea by beating the less illustrious opposition 2-1. Bournemouth climbed to ninth ahead of Everton, which was at Arsenal in the late game.