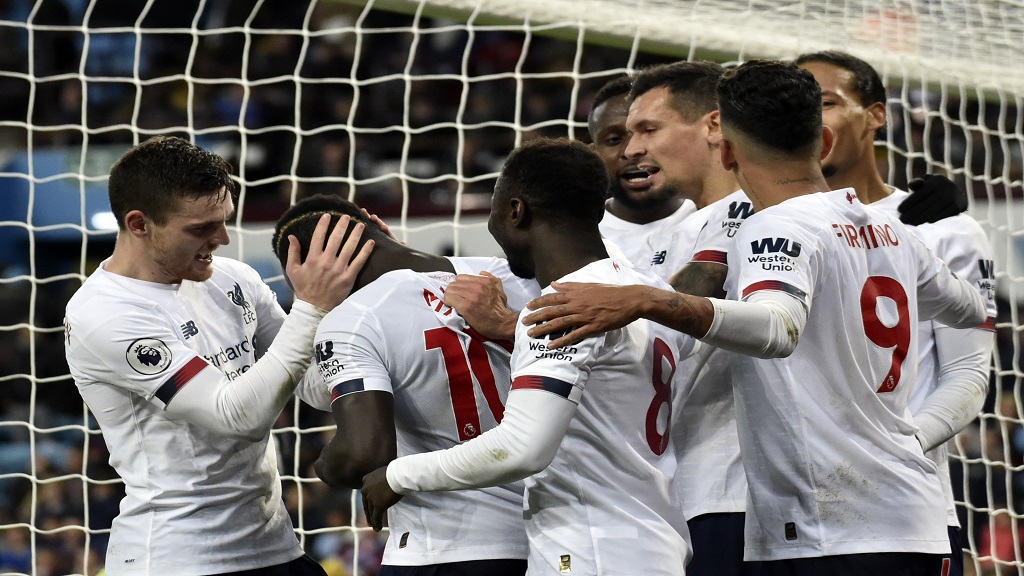 Sadio Mane scored a stoppage-time winner as Liverpool came from the brink of defeat to beat Aston Villa 2-1 on Saturday and keep their six-point lead at the top of the English Premier League (EPL) over Manchester City.

Left-back Andy Robertson charged in from the flank to meet Mane's cross in the 87th minute with Liverpool facing the imminent end of their unbeaten record in the league. Seven minutes later, Mane scored a dramatic second goal with a header.

Liverpool had earlier missed a succession of chances to level the game following Mahmoud "Trezeguet" Hassan's goal for Villa.

The hosts snatched the lead in the 21st minute when Trezeguet reacted quickest to knock John McGinn's cross past goalkeeper Alisson.

That was judge onside by video review, though it was close, but VAR took the opposite view when Roberto Firmino put the ball in the net for Liverpool shortly after.

The Premier League said on Twitter that VAR's line was "aligned to his armpit, which was marginally ahead of the last Villa defender." Firmino had been given offside by the assistant referee before the review.

Liverpool have not lost in the league since a 2-1 defeat to Manchester City in January.