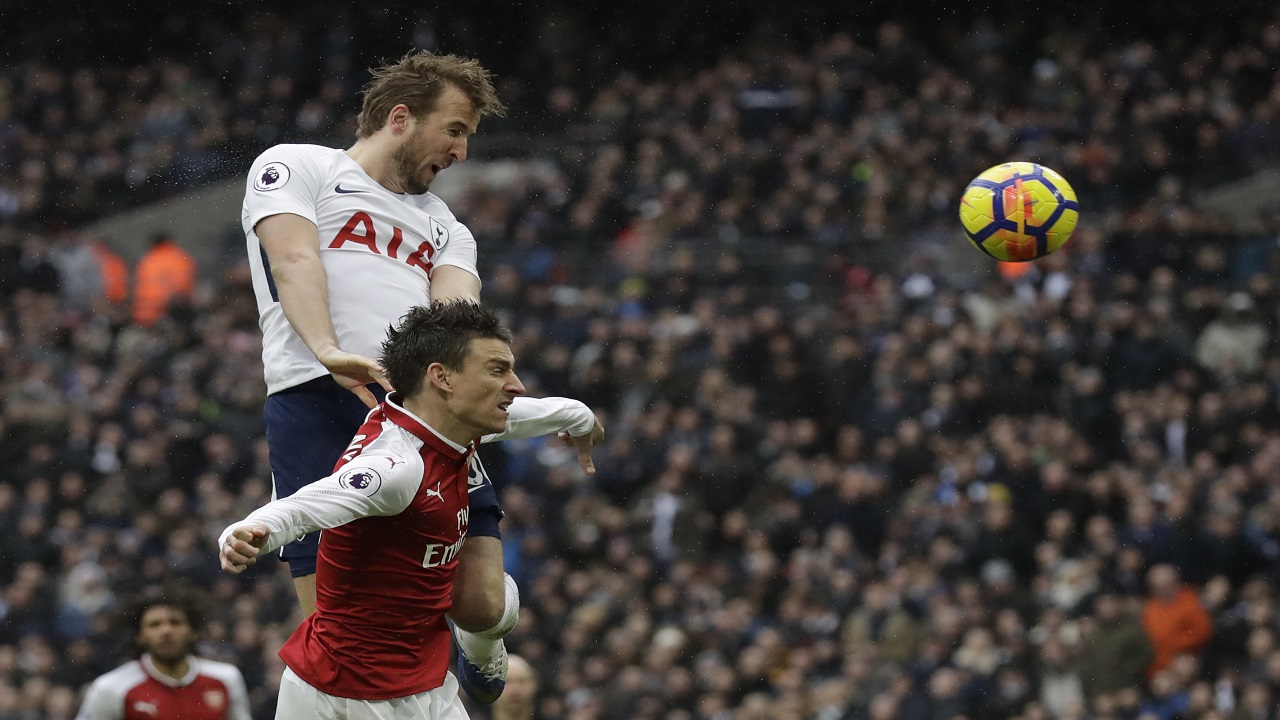 Harry Kane's header gave Tottenham a 1-0 victory over Arsenal on Saturday that widened the gap between the north London rivals in the pursuit of Champions League qualification.

A tepid derby came to life in the 49th minute when Kane soared over Laurent Koscielny to meet Ben Davies' cross and sparked a second half of complete control by Tottenham at Wembley Stadium.

All that was missing was another goal from the hosts at its temporary home in front of a Premier League record crowd of 83,222 — 38 short of the English league record set in 1948.

Had it not been for Petr Cech's saves, the damage could have been far worse for Arsenal.

The upcoming European trips are a sign of the divergent direction these clubs are heading in. Tottenham heads to Italy to play Juventus in the Champions League last 16 on Tuesday, while Arsenal resumes its Europa League campaign in Sweden at Ostersund on Thursday.

Winning Europe's second-tier competition could be Arsenal's only route back into the more lucrative Champions League with Arsenal six points from the top four in the Premier League with 11 games to go.