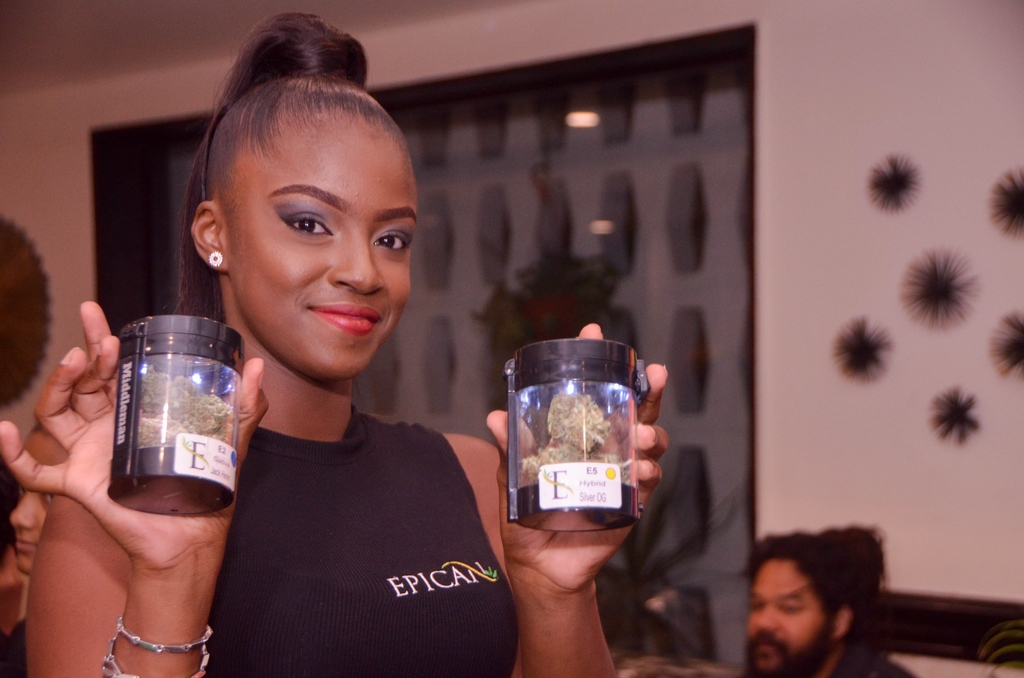 Gabriel Dwyer displays some of the products available at Epican. (Photo contributed)

Rebel Salute has partnered with Epican Jamaica to bring the Herb Curb to life for its 2019 staging.

The unique Herb Curb is an enclosed area within the music festival, through which organizers want to highlight the business of cannabis, not just its recreational properties.

The event became the first to be granted an exemption under the amendment to the Dangerous Drugs Act to allow the use and sale of small amounts of cannabis, more popularly known as marijuana. Marijuana is an integral part of Rastafarian culture and that culture is at the heart of Rebel Salute, so both are intricately intertwined.

Tony Rebel, Founder Rebel Salute, disclosed that the event is joining forces with Epican Jamaica to expand the event. “We are looking at a two-day herb conference on the Thursday and Friday before the festival starts and then a Symposium on Saturday. We really want to explore all the ways we can benefit from herb,” said Tony Rebel.

The curb will display educational, medicinal, recreational and spiritual products and content that give more insight into the world of cannabis. Artisans, herb practitioners and educators will be on hand to explain the benefits, uses, applications and numerous byproducts on the cutting edge of organic medicinal exploration.

In addition, there will be a designated smoking lounge, complete with seating and video feed from the main stage.

According to Jermaine Bibbons Head of Marketing at Epican, the company is excited about being a part of Rebel Salute.

“Epican Jamaica believes in Jamaican music and culture as a vehicle to move our island forward. We are also in high spirits about our sponsorship of the event’s Herb Curb. This is monumental for us, because we are not only a part of the cannabis industry but strong supporters of extending our reach beyond the doors of our store in Kingston” Bibbons said.

Epican wants to infuse its exceptional brand and offerings into the Rebel Salute experience. “We envision hosting patrons in a relaxing and tranquil retreat smack dab in the middle of the herb curb. It’s going to be amazing and we are excited to be a part of the occasion,” Bibbons added.

The curb will be accessible to persons 18 years and older only, with ID.  Each patron is allowed to carry the permitted amount and utilize the designated smoking areas.