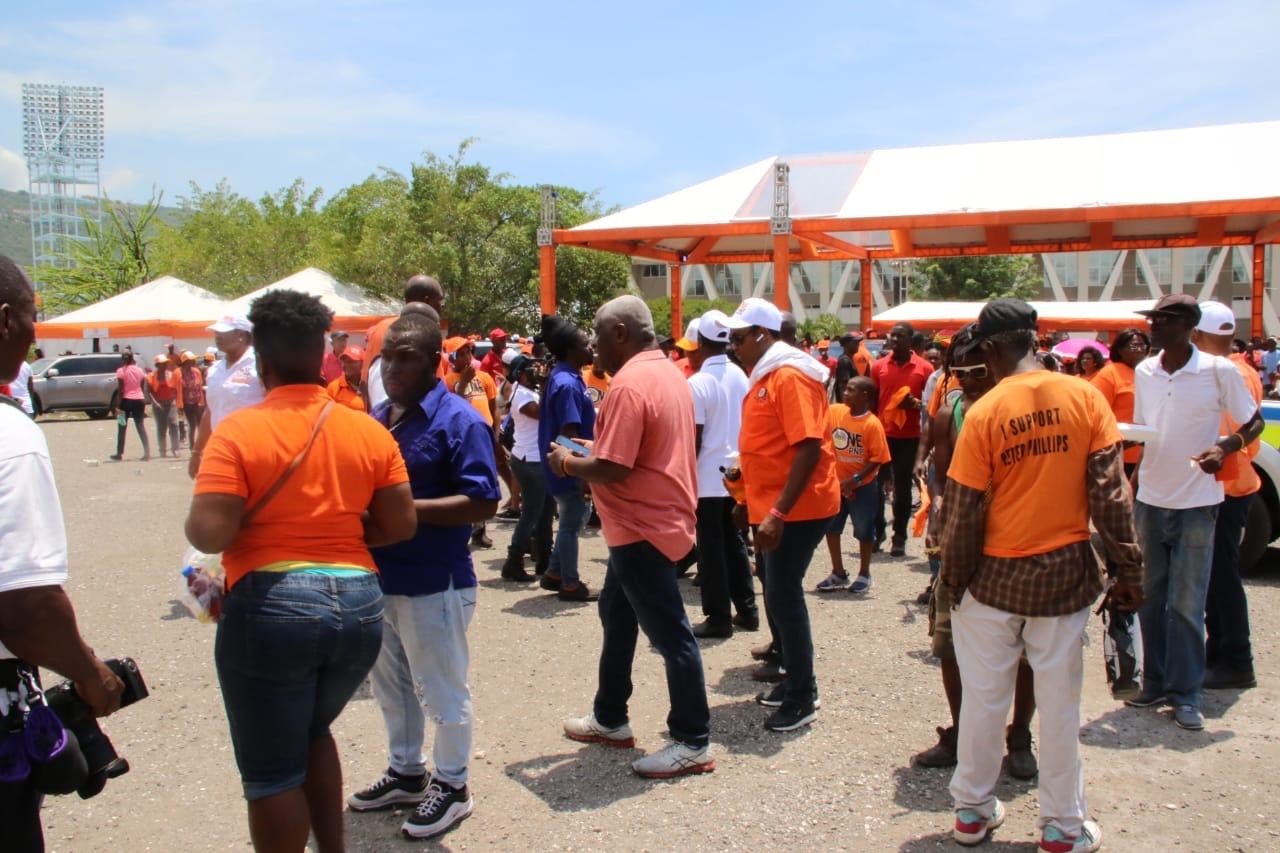 There has been a high voter turnout among delegates of the Opposition People’s National Party (PNP) in the presidential election that will either see Dr Peter Phillips retaining his position as party leader, or Peter Bunting elevated to the top post in the party.

Director of Elections, Glasspole Brown, told reporters that at 2:00 pm some 2,503 or 87 per cent of delegates had voted. He anticipates that the remaining 13 per cent of the approximately 2,900 delegates would have cast their ballots by the 4:00 pm cut off time.

Brown also anticipates that he will hand the results over to PNP General Secretary, Julian Robinson, before 6:00 pm.

Campaign Manager for the Rise United team, Dr Dayton Campbell, said they remain confident in the canvass they have done and the fact that they have bussed their delegates to the National Arena. He would not be drawn on what the likely outcome will be at 4 o’clock.

For his part, Senator KD Knight, a senior member of the Phillips team told Loop News that he expects that the delegates will ensure that Phillips remains as PNP President after the final vote is counted.

“I think that Peter Phillips will win. For the People’s National Party, it is important that he wins,” Knight said.

“The importance (of a Phillips win) is based on the fact that there has to be some process to unify the party, hereafter. He understands what it takes, he has the personality and the experience to do it and the sense of leadership, he has that.

"And so, for the party’s sake, it would be a far better thing for Peter Phillips to win," Knight stressed.

"For the country’s, bearing in mind that whoever is elected is a potential prime minister, in those circumstances, there is absolutely no doubt that Peter Phillips would make a better prime minister than Peter Bunting.

"The important thing is I think that the country recognises that Phillips would also make a better prime minister than Andrew Holness, Knight added.