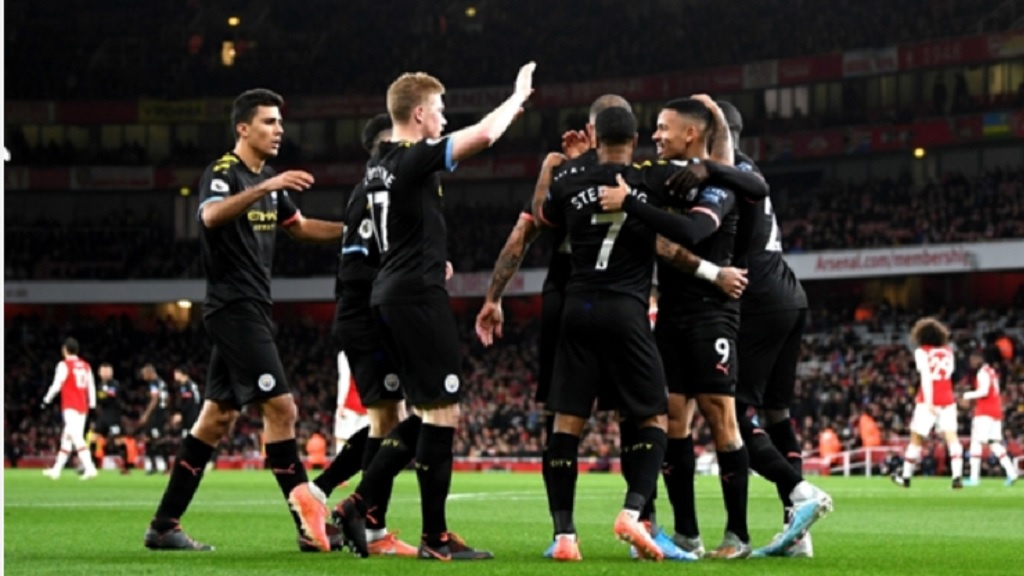 Man City will take on Arsenal on June 17.

The English Premier League season is set to resume on June 17 with Manchester City hosting Arsenal and Aston Villa taking on Sheffield United.

Those Wednesday fixtures, the first of the 92 games remaining in a season that has been interrupted by the coronavirus pandemic, represent games in hand for the four teams involved.

Once completed, each of the 20 Premier League clubs will have played 29 games.

A full round of matches is then planned to take place from June 19, as Liverpool - with a 25-point lead at the top - aim to secure their first top-flight title in 30 years.

All weekend games are set to kick-off at different times, with midweek matches taking place across Tuesdays, Wednesdays and Thursdays.

"But this date cannot be confirmed until we have met all the safety requirements needed, as the health and welfare of all participants and supporters are our priority.

"Sadly, matches will have to take place without fans in stadiums, so we are pleased to have come up with a positive solution for supporters to be able to watch all the remaining 92 matches.

"The Premier League and our clubs are proud to have incredibly passionate and loyal supporters. It is important to ensure as many people as possible can watch the matches at home.

"We will continue to work step-by-step and in consultation with all our stakeholders as we move towards resuming the 2019-20 season."

It has been reported the Premier League hopes to complete the campaign by or on August 2, with the FA Cup final potentially taking place the weekend after.

No matches have been played in the English top-flight since March 9 due to the COVID-19 outbreak, which caused the suspension of most sport across the globe.

A total of 12 people have tested positive for coronavirus after 2,752 tests across the league.

However, with teams having returned to contact training this week, the Premier League – following a shareholders meeting on Thursday – confirmed a restart date for the competition.

Football in Germany has already got back underway, with three rounds of Bundesliga fixtures having been played behind closed doors.

LaLiga has been granted permission to restart in the week commencing June 8, while Serie A clubs are awaiting the green light from the Italian government to resume next month.

Serie A set to resume on June 13 following coronavirus pandemic