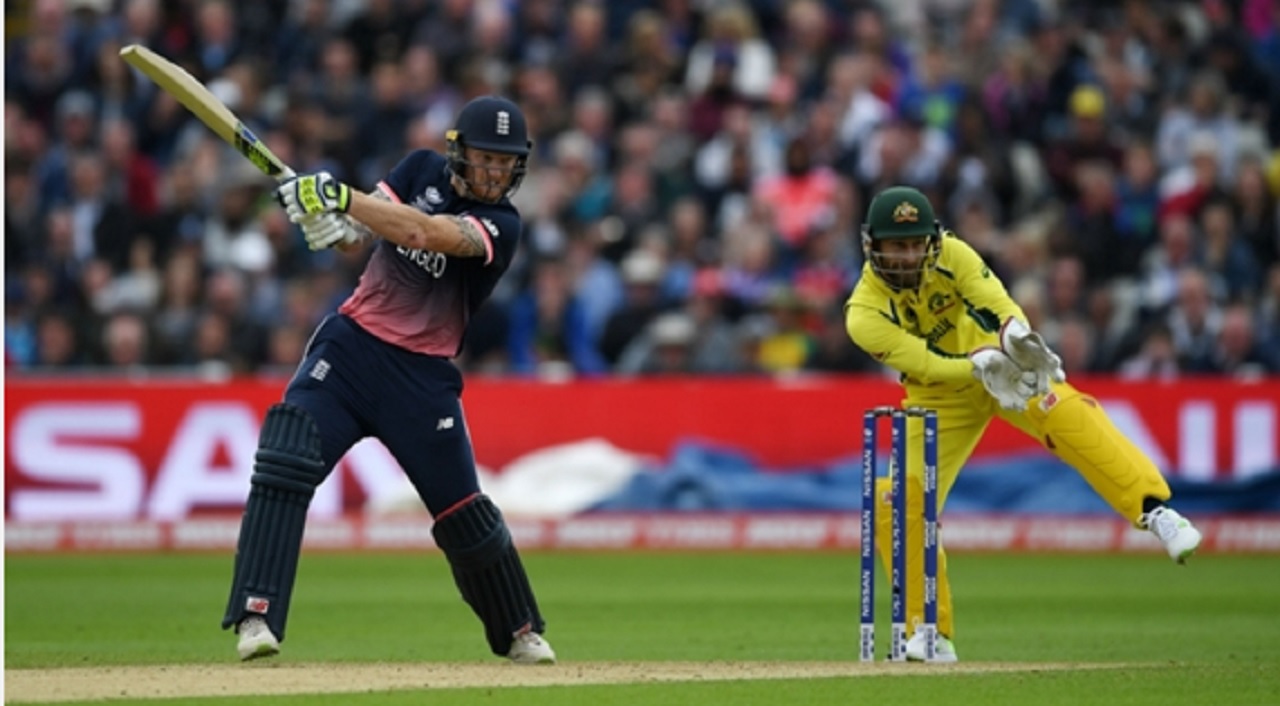 Ben Stokes and Eoin Morgan dazzled with the bat as England beat Australia by 40 runs on the DLS method at Edgbaston to dump their arch rivals out of the ICC Champions Trophy and send Bangladesh through to the last four.

Needing victory in their final pool game after two washouts, Steve Smith's men were comprehensively outplayed by the host nation, who had already qualified and will head into the semi-finals with a 100 per cent record.

Mark Wood and Adil Rashid were chiefly responsible for limiting Australia to 277-9, bowling superbly en route to respective figures of 4-33 and 4-41, before skipper Morgan and Stokes shared a thrilling stand of 159 to rescue their side from 35-3 in reply.

Morgan was needlessly run out for 87, but Stokes (102 from 109 balls) brought up his hundred just before rain arrived to force a premature close in the 41st over, with England 38 runs from their target with six wickets in hand and well ahead of the DLS par score.

When Josh Hazlewood followed Mitchell Starc's first-over dismissal of the under-pressure Jason Roy (4) by having Alex Hales (0) and Joe Root (15) caught behind the wicket, Australia would have had high hopes of claiming the two points they required.

However, following a brief shower that disrupted Australia's momentum, Morgan and Stokes counter-attacked superbly and it was not long before England were in command.

Morgan was the initial aggressor and hit five leg-side sixes in his 81-ball innings, while Stokes took a liking to Pat Cummins in a typically powerful knock that featured 15 boundaries.

By the time Morgan was run out, having been guilty of ball-watching when Stokes almost spooned a catch to mid-off, an Australia defeat looked inevitable.

Jos Buttler (29 not out) was dropped by Glenn Maxwell at backward point to add to Australia's misery and Stokes moved to three figures one ball before the players were taken from the field.

Australia will rue their failure to make the most of a solid platform after they were inserted by Morgan.

Although David Warner fell for 21, caught behind off the outstanding Wood, Aaron Finch and Smith struck 68 and 56 respectively to leave a total of 300 plus looking likely.

However, a succession of soft dismissals hampered Australia, Finch skying Stokes to cover before Moises Henriques (17) and Smith offered simple catches to mid-on and mid-off respectively off Rashid and Wood.

The score still read 239-4 with eight overs remaining, but Wood and Rashid then combined to take five wickets for 15 and a late flurry of boundaries from Travis Head, who held firm amid the chaos to finish unbeaten on 71, did little to dispel the notion Australia were short of what they needed.

Despite England's poor start in reply, that proved to be the case.