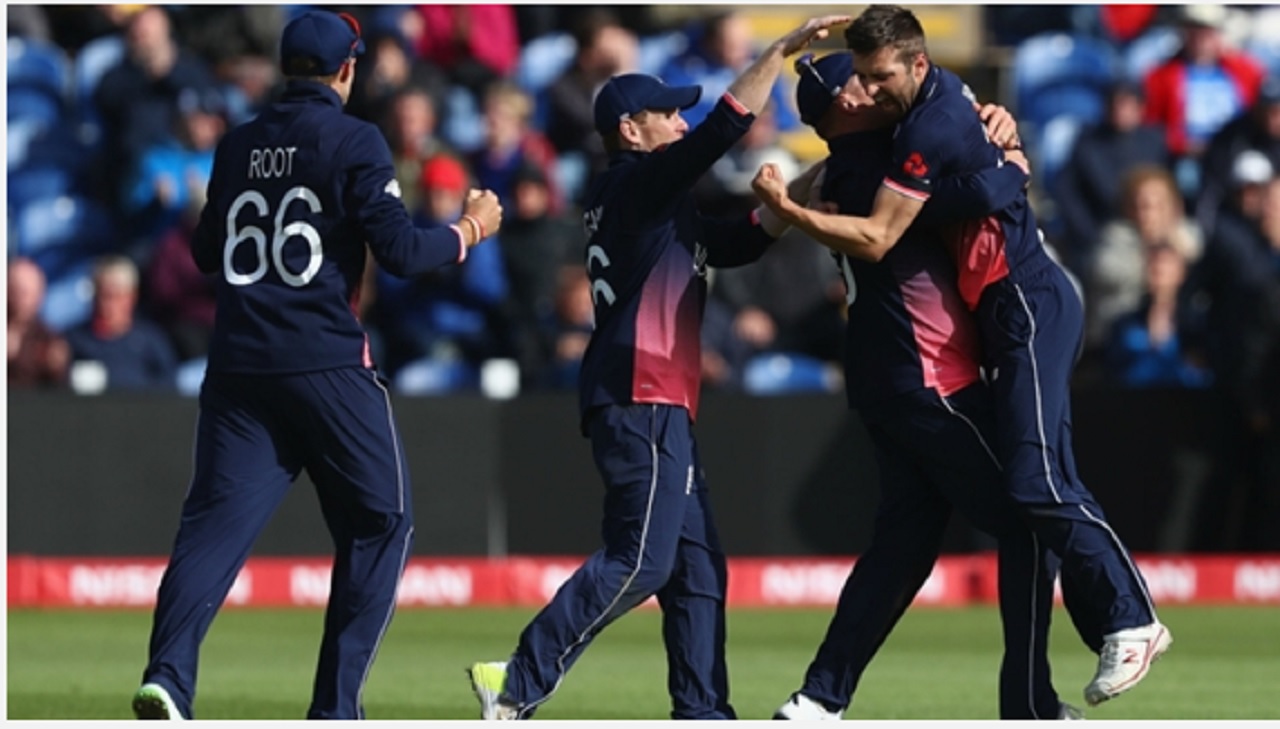 England progressed to the semi-finals of the ICC Champions Trophy as they claimed a comfortable 87-run win over New Zealand in Cardiff on Monday.

Alex Hales (56), Joe Root (64) and Ben Stokes (48) all impressed after England were put into bat, while Jos Buttler raced to an unbeaten 61 off 48 balls, though they were unable to complete 50 overs.

New Zealand had enjoyed success with the short ball in bowling England out for 310 but, although Kane Williamson compiled an extremely impressive 87, once he was dismissed 311 always looked beyond them.

Mark Wood (1-32) claimed the crucial wicket of Williamson and it was he, Jake Ball (2-31) and Liam Plunkett (4-55) who were the pick of the bowlers as the Black Caps slumped to 223 all out, securing a second successive win for England as they became the first team to reach the last four.

New Zealand face Bangladesh in their Group A finale and will need to win and hope England deny Australia victory to progress.

England made a cautious start in windy conditions at Sophia Gardens, Jason Roy (13) and Hales putting on 37 before the former once again fell cheaply, Adam Milne (3-79) bowling him as he attempted to flick down the leg side.

While Roy has failed to surpass 20 in his last eight ODI innings, Root continues to excel in every format, and it was he and Hales who got the scoreboard ticking.

Hales surpassed 50 for the fifth time in eight matches but, after launching Milne for six over long-off, he fell victim to a bail trimmer with the next delivery.

Skipper Eoin Morgan (13) soon followed him as his 12-ball cameo was ended by Corey Anderson (3-55), who then did for Root -  the Yorkshireman going at just under a run a ball.

Stokes had looked in ominous form until a poorly played ramp shot to third man off Trent Boult (1-56), who then pulled off a stunning overhead catch to dismiss Moeen Ali (12).

Buttler had little difficulty in carrying the load, bringing up his fifty by smacking Boult for six, though it looked as if England may be punished for a collective failure of those who got strong starts to kick on for a big score as New Zealand recovered from early jitters.

Luke Ronchi went for a golden duck to Ball but - after Martin Guptill was removed for 27 - skipper Williamson and Ross Taylor (39) calmed matters brilliantly.

Williamson scored 100 in the opening washout against Australia and he demonstrated admirable composure in this innings, taking well-calculated risks to lead the way in a stand of 95.

However, the Black Caps folded very quickly after he gloved Wood behind. Taylor hit Ball to Root at midwicket and a collapse was complete when Tim Southee (2-44) was caught at deep midwicket to become Plunkett's fourth scalp.