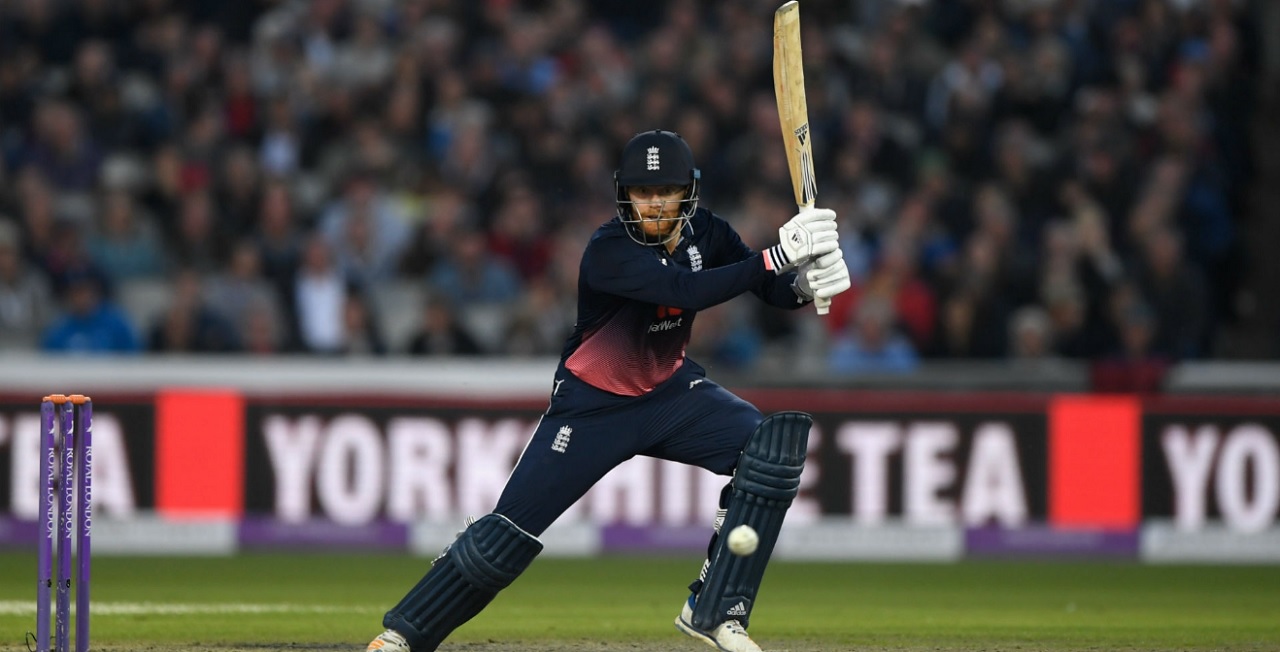 Jonny Bairstow justified his promotion to opener as his maiden One-Day International (ODI) century guided England to a seven-wicket victory over West Indies at Old Trafford on Tuesday – denting the tourists hopes of automatically qualifying for the 2019 World Cup.

Bairstow retained the spot he gained from the misfiring Jason Roy in the Champions Trophy semi-final defeat to Pakistan and sparkled with an unbeaten 100 as England cruised to 210-3, with 67 balls remaining of a contest shortened to 42 over per side.

The Windies needed a comprehensive series win to give them any chance of finishing inside the top eight of the ODI rankings before the World Cup cut-off at the end of the month and defeat means they must win the remaining four matches to avoid going into the qualifying tournament.

Only Chris Gayle, Shai Hope and Jason Holder provided any real threat as the tourists crept over the 200-mark, but it was never enough as Bairstow claimed his first ODI hundred to wrap up England's triumph.

After a two-hour delay due to a damp outfield in Manchester, the Windies opted to bat and Gayle strode out for his first ODI appearance since the 2015 World Cup.

He should have been on his way three balls in as Chris Woakes found an outside edge, but Root was unable to snaffle at second slip.

Luckily for England it mattered little as the big-hitting Gayle - hampered by an apparent hamstring problem - departed for 37, which included three massive maximums. Root atoned for his earlier error with a sensational catch, grabbing the ball as it came over his shoulder.

Gayle's partner Evin Lewis (11) also went after a stunning grab from Alex Hales and the tourists lost wickets with damaging regularity as the dot balls led to mounting pressure.

The normally explosive Marlon Samuels failed to fire and the Old Trafford crowd were delighted when arch nemesis Ben Stokes (3-43) removed him for 17 off 46 balls – the all-rounder opting not to celebrate the dismissal despite their previous clashes.

Stokes and Adil Rashid (2-31) slowed down their visitors' scoring rate with some tight bowling and had it not been for Holder's unbeaten 41 they would have struggled to break past 200.

A score of 204-9 never looked like being enough and, had Hales continued his fine white-ball form at the top of England's order, it could have been over much quicker.

The Nottinghamshire man perished on 19, though, with a loose cut to point but Bairstow remained unmoved and Root (54) kept the scoreboard ticking over.

A 125-run stand for the second wicket saw both Yorkshiremen record half centuries – Root's coming at nearly a run a ball – and meant victory was a mere formality.

Kesrick Williams (2-50) removed Root and England skipper Eoin Morgan (10) but Bairstow reached three figures in the final over of the innings before Stokes (23 not out) launched Ashley Nurse for six to secure a 1-0 lead.