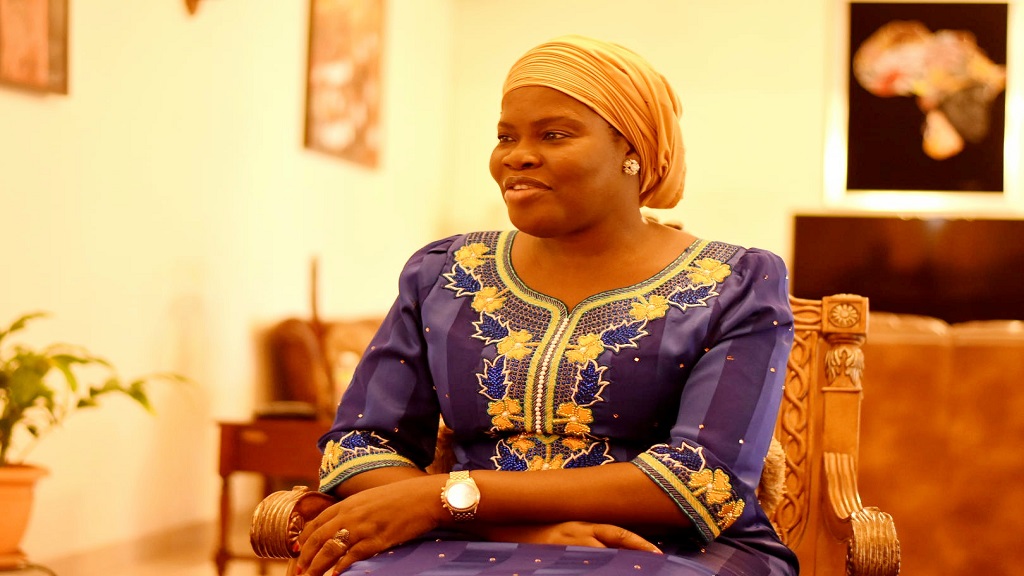 Outgoing Nigerian High Commissioner to Jamaica, Janet Olisa is so enamored with Jamaica she has designated the country her second home and vows to visit the island regularly after her official departure on Friday, October 9.

According to Olisa, during her three-year stay in the island, she engaged in both official duties and ordinary Jamaican activities for an experience that has turned encounters into friendships that she intends to maintain when her duty ends.

In an interview with Loop News, Olisa said her engagements locally included many cultural events where she met some the island’s musical legends. She said adapting to the Jamaican lifestyle came easy for her as Nigerians possess some of the same traits as Jamaicans.

“There is not much difference with us Nigerians, as we are very similar to Jamaicans. Everything is fast, everything is on the go. There is no waiting for tomorrow. If we have something to do now, we better do it now.

“We love life just like Jamaicans love life. Our tenacity, we are very vibrant, we are there, we are moving and anywhere in the world you see a Jamaican, you see a Nigerian, we have to recognise because we are not lazy people. We work and we want to make a name for ourselves,” Olisa said.

According to Olisa, she has been a part of the celebrations for reggae legends Peter Tosh and Bob Marley and has visited the Bob Marley Museum on many occasions, while also immersing herself annually in the activities for National Hero Marcus Garvey.

She said for Nigerians, coming to Jamaica and not going to the Bob Marley Museum is unforgiven, with many of her countrymen using the recent opening of the cruise line into Port Royal, Kingston, as an opportunity to visit the former home of the king of reggae, likewise, his residence in Trench Town.

She was also glad to meet some of the island’s other musical stalwarts including the late great Toots Hibbert, who she called “Tootsie”. While she has read about many of them, it was a privilege to meet them in person and be photographed with them, Olisa said.

“Jamaica has many legends. Though some of them have passed away, being able to go to the places where they were born, where they grew up, was a different experience,” Olisa told Loop News.

Olisa, who has been apart of the Nigerian diplomatic corp for 28 years, but had Jamaica as her first mission as a High Commissioner, said another notable experience was participating in the emancipation activities at Sligoville, St Catherine, where the first free slave village was located.

“I am right there in history, not just what I have read. So this has been a memorable time and I can always write my memoirs in the future and say ‘yes this is what I did get out of Jamaica’.

“And of course it has become my second home, I will definitely come back as I have met a lot of friends. They have become family now, so Jamaica is a place that I must come back as often as possible,” Olisa said.

While strict diplomatic guidelines restricted her ability to participate in more of the Jamaica’s entertainment events, she said she enjoyed many of the island’s cuisine with her favourite being manish water, as it is similar to the pepper soup of Nigeria.

Jamaica’s ‘national dish’, ackee and saltfish, is Olisa’s second favourite local cuisine although she believed it was egg the first time she consumed it.

“Jamaica and Nigeria have a lot of similarities in the food, like the manish water, we call it pepper soup; the rice and peas, we have it, rice and beans; bammy, we don’t do it the same way, but we also use cassava; we use yam in different ways; and then the peas soup, we also have that. So there is a whole lot of similarities with our food,” Olisa said.

US Ambassador Luis Moreno ends tour of duty on June 30