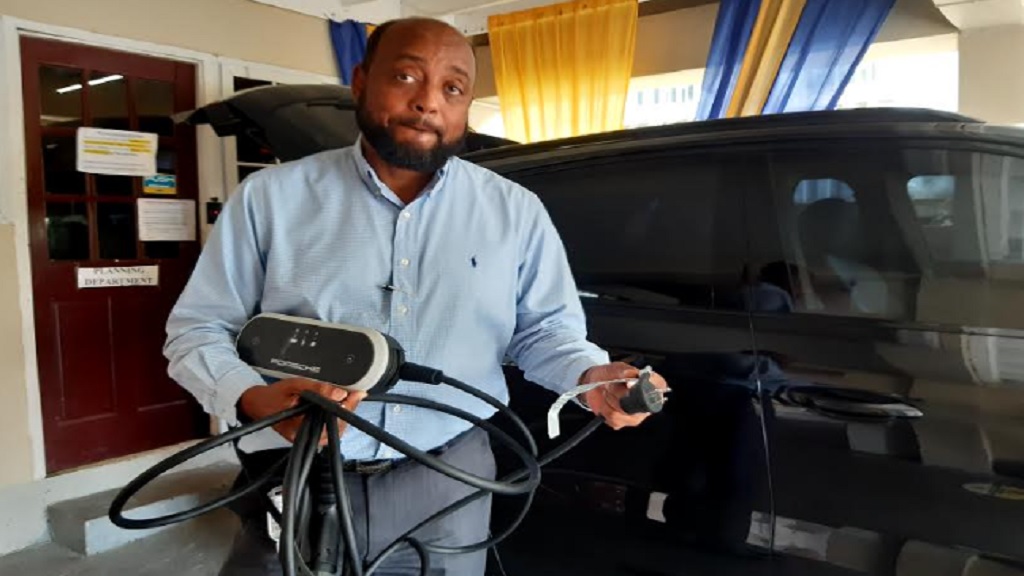 Mayor of St Ann's Bay, Michael Belnavis, has described as "old fashioned badmind" and "high-tech lynching" the criticisms levelled against him over the decision by the St Ann Municipal Corporation (SAMC) to install an electric charging port for his private Porsche car.

Belnavis, who also serves as the SAMC chairman, has also hit back against calls by the Opposition, People's National Party (PNP) for his impeachment, dismissing that call as being partisan and baseless.

“Because of the frivolous and partisan nature of these charges I was just going to allow all the relevant investigations to take place where I know I would be vindicated,” Belnavis noted during a press conference held at the municipal corporation's office in St Ann's Bay on Tuesday afternoon.

“I am now forced to act based on that ill-advised, defamatory and libelous release that was sent out a few days ago by Opposition Spokesperson on Local Government and Community Development Natalie Neita, calling for my impeachment,” he continued, adding “It’s almost laughable for someone of the stature of the Opposition Spokesperson on Local Government not to know that a Mayor cannot be impeached but can only be removed by a no-confidence vote.”

Through a press release issued late last week, the PNP said an impeachment of Belnavis is provided for under "Section 18 of the Local Governance Act of 2016, for gross misconduct in office and bringing the municipal corporation into disrepute."

This as the SAMC has also been the subject of public scrutiny over the $46.8 million that it reportedly spent in a COVID-19 clean-up project in the resort town of Ocho Rios.

Providing further details, CEO of the SAMC, Rovel Morris, informed PAAC members that it cost the municipal authority over $80,000 to install the charging facility, but "all costs that were associated with the installation will be recovered".

Morris also rejected any suggestion that the municipal authority’s electricity bill had escalated due to the usage of the charging port by the mayor.

But PNP Opposition Spokesperson on Local Government, Natalie Neita hit back, saying "paid electricity bills for vehicle charging is a violation of public trust and gross abuse of the office of mayor."

According to her: "It is to be noted that this (the charging facility) is an addition to the SAMC providing an official mayoral car for his (Belnavis’) daily commute."

She added: “The dismantling cannot repair the breach of rules or repay expended council funds”.

But at the press conference, Mayor Belnavis strongly denied any wrongdoing.

The Mayor argued that no vehicle was provided to him by the SAMC, and he used his own personal funds to purchase his Porsche, which he claimed he has been using to conduct his mayoral duties.

"No vehicle has been provided to me, which is not the norm for mayors. The municipality is saving tax payers millions and millions of dollars; (this) is what has really been the situation. I have not applied for travelling for the last three years. As a matter of fact, this has only happened once which I have been really entitled to," he revealed.

While maintaining that there was nothing unlawful regarding the installation of the charging port, Mayor Belnavis explained that due to the allegations of impropriety and the related controversy, he has removed it.

Belnavis said he has been a businessman for the past 30 years and this had made him able to afford whatever he wants.

He further argued that his venture into politics has been about serving the people. He is currently the councillor for the Ocho Rios division.

"My venture into politics has never been anything except to serve the public; something many of my detractors could never say with a straight face," Mayor Belnavis declared.

He also argued that it is beyond incredulous that Neita has never called out the many scandals of the PNP during their 18 consecutive years in power but now sees it fit to be accusing “me of a scandal that doesn’t exist.”

The mayor said that, on the other matter in relation to the cost of sanitising the resort town of Ocho Rios, he is looking forward to the completion of any and all investigations, noting that there was a bi-partisan procurement process that involved pricing and which “I had absolutely nothing to do with.”

“This is all a smokescreen and a great big red herring,” he added. “This is what you would call a great big nothing burger.”

Some $46.7 million was said to have been spent by the St Ann Municipal Corporation to sanitise sections of the town of Ocho Rios in that parish, the disclosure of which has raised eyebrows.

Meanwhile, Neita, who is the Opposition Spokesperson on Local Government, has called on the Integrity Commission, led by its new Executive Director, Greg Christie, to investigate the expenditure on the charging port by the SAMC and report to the Parliament.