Eltham High administration looking to improve security at the school 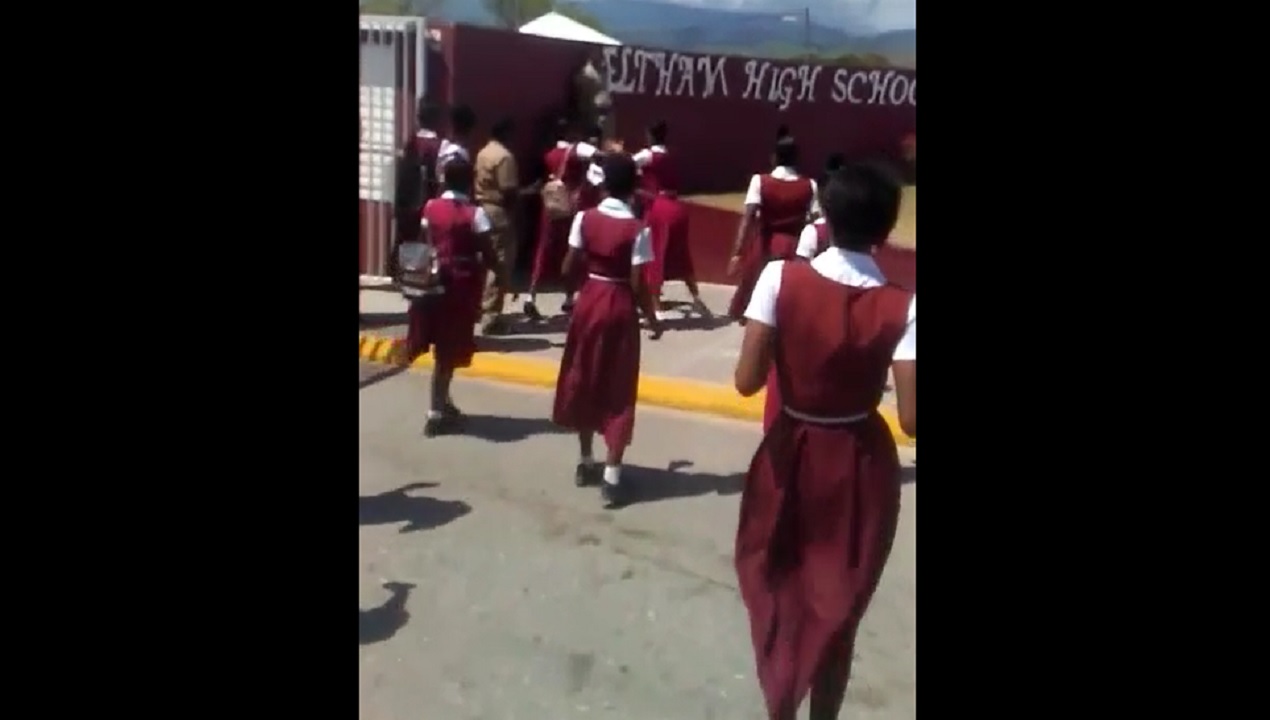 A screen grab from a video showing two students fighting in front of Eltham High School in St Catherine in June 2018.

Barrington Mighton, the Principal of Eltham High School in Spanish Town, St Catherine, says he will be exploring long-term solutions, such as proper perimeter fencing, and pursuing short-term solutions, such as boosting security personnel at the school, in response to concerns about security in the wake of an incident where armed men reportedly entered the institution on Monday morning.

"The men got on the compound, but were chased off by security guards. The situation ended without any altercation with the student and the men who we believe were armed. The men entered through the back fence and left by jumping the fence at the front. Most of the student body were not even aware of what transpired," Mighton said in an interview.

The incident was reportedly triggered after a disagreement and altercation between two students during morning devotion, which escalated when one of the students was said to have left to get ‘reinforcements’, which came in the form of the armed invasion of the school at about 9.45 am. The intruders, including a current student of the school and former students, entered the compound in an attempt to attack another student.

"The current student who was involved has been suspended, and a report has been made to the (school) board," Mighton said,

In 2017,  a male student was attacked and stabbed by persons outside the school gate after school hours. That incident was said to have been in retaliation for an incident in which a female student of the school was stabbed the previous week.

In June 2018, there was a dispute between two female students on the school compound, which continued on the outside and ended with one of the combatants' throat and hand being slashed with a knife.