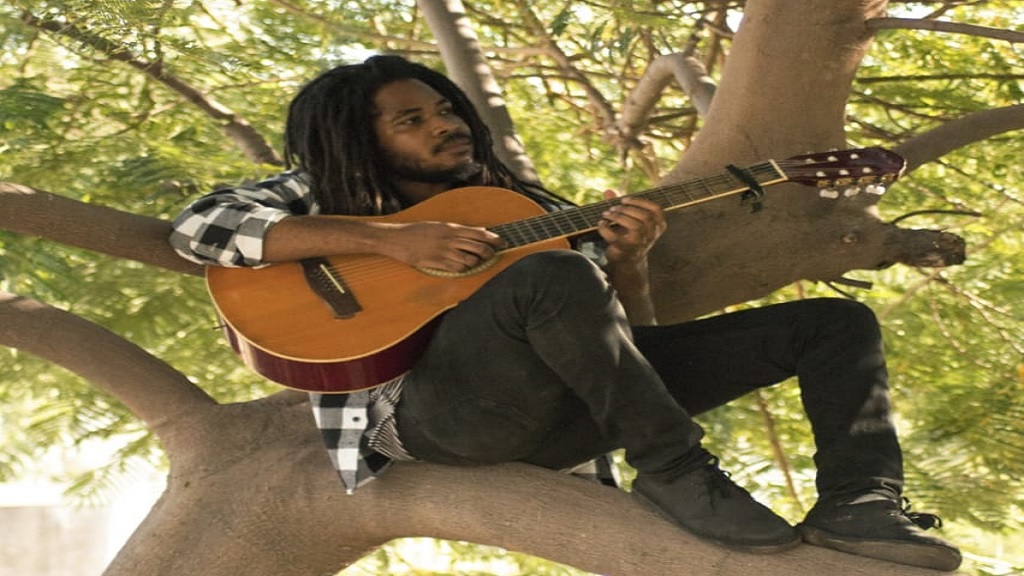 Music insiders may remember reggae singer Elijah Mawli from the time he was featured on Twins of Twins infamous 'Stir it' volume 11 where his music was first introduced to the world in 2017. At that time, Elijah's raspy vocals and smooth guitar skills triggered interest in the reggae community.

Now fast forward a couple years, and Elijah Mawli has now released his first single "Caribbean Love" on January 10, 2019  on the East Syde Records label. He also released an official music video which has racked up thousands of views.

"The response has been incredible so far, the public loves the sound and feel of the song, and is a great blessing," Elijah Mawli said.

Born Robert Aljoe-Al-Jahbar Henry to parents Vivene Young and Robert Henry, the recording artiste grew up in the green hills of St Andrew in a rustic community called Happy Grove. He attended St Richards Primary and later on Calabar High where his love for literature, specifically poetry, was first ignited.

Elijah has a natural talent for writing. He developed a passion for writing songs as a youngster and then, later on, he began singing them at age 18. His musical journey as a recording artist began after he left high school and during college.

"I loved poetry and that graduated into singing songs. I first knew I could sing when I sang a song to impress a girl when I was in grade 6, then as I grew older, I did poetry, then I began to write my own songs

He taught himself to play the acoustic guitar to impress another girl who was migrating overseas.

"I was trying to get her to change her mind, but she migrate same way," he said, laughing.

Elijah's first single, the bluesy reggae song 'Caribbean Love' is inspired by her. Now that they are no longer romantically involved, it is Elijah's love for music, specifically live music, that has become his true north.

"I love live music, it is my thing, nothing like going on my acoustic guitar and connecting with an audience, I can play a little bit on the piano as well, but live music is the thing," he said.

Elijah prefers not to label his particular brand of music because his musical influences cover a wide range from reggae, dancehall, calypso, folk, country, pop, rock, jazz and blues.

Three months ago,  he inked a recording deal with East Syde Records, after developing a strong bond with the label's chief executive officer Romaine McFarlene.

"I met Romaine after performing at a poetry event at Red Bones, and we build the link over time, and he said he loved my sound and the clean music I make, so we just started up this partnership," he said.

Elijah is currently busy in the studio working on his EP, a collection of five songs set to be released soon on the East Syde Records label.

"To dream is to journey to the fountain of youth, life's pinnacle. I write what I feel, we come from the earth, everyone goes through things, and we have to experience things to live, and that is the basis for my music, my experiences," he said.

Bigga 5 gets radio buzz with 'Day One'