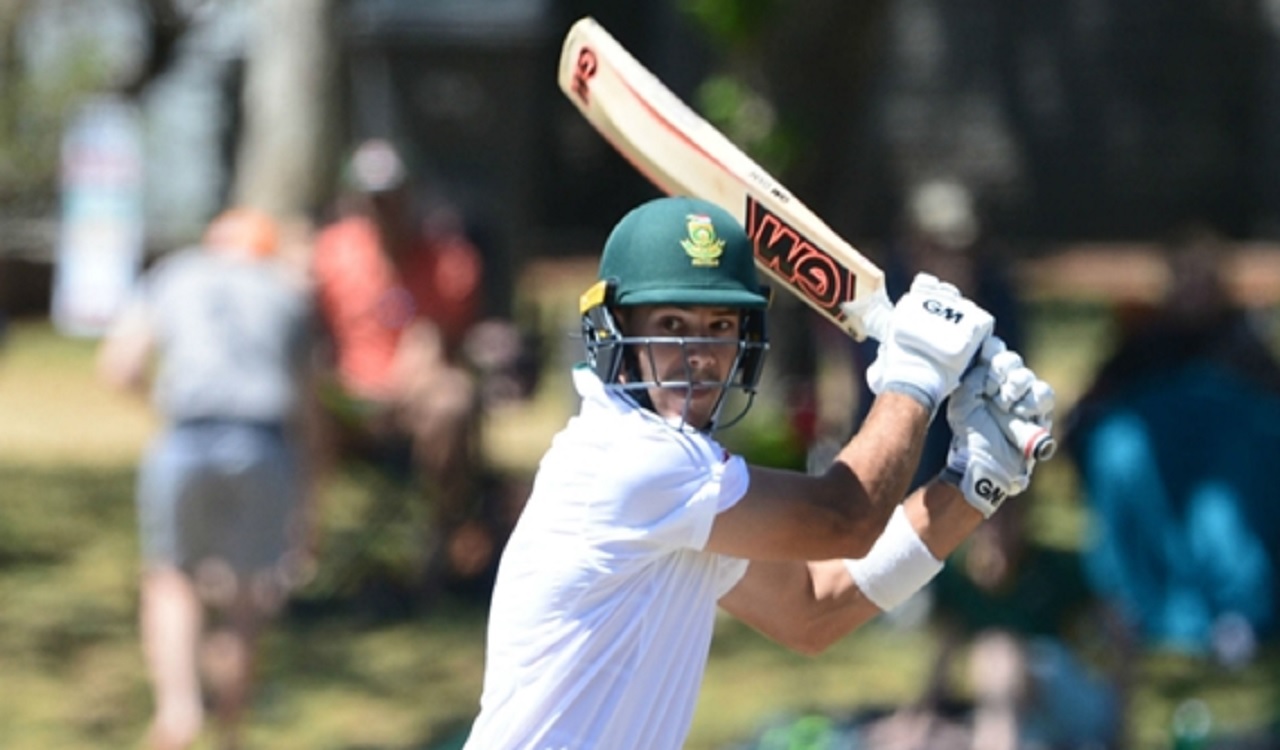 Dean Elgar's magnificent 2017 continued while Aiden Markram made up for his missed opportunity in the first match as South Africa produced a dominant performance on the opening day of the second Test with Bangladesh on Friday.

The Proteas hammered the tourists in the series opener by 333 runs and their momentum carried into day one of the decider in Bloemfontein as South Africa displayed utter disdain for a struggling Bangladesh attack.

And it was openers Elgar and Markram who did the majority of the damage as South Africa piled on 428 runs for the loss of just three wickets.

Elgar (113) racked up his fifth Test hundred of 2017 while Markram (143), dismissed for 97 on his Test debut, recorded his maiden century in the longest format as the pair piled on 243 for the first wicket.

Bangladesh managed to make some further inroads after Elgar's exit but added punishment on a trying day came at the hands of Hashim Amla (89 not out) and captain Faf du Plessis (62 no), who reached the close with their stand unbroken at 140.

Elgar needed just 59 balls to reach his half-century as South Africa sped to 126-0 at lunch and they kept their foot down in the second session.

He converted his ninth 50-plus score of the year into a three-figure effort and Markram soon followed him by swatting a four between deep square and fine leg.

After surviving a testing spell from Mustafizur Rahman, which saw Liton Das drop a tough chance when he was on 110, Elgar eventually fell to Subashis Roy (2-85) with just three more runs added to his tally, Mustafizur snagging a top-edged pull shot.

Elgar hit 17 fours in his innings and Markram kept the scoreboard ticking over at pace following his departure, pushing South Africa to 256-1 at tea, with Amla having survived an lbw review in the last over of the second session.

Markram's knock comprised of 22 boundaries but was finally brought to a conclusion when Rubel Hossain (1-91) speared an inswinger into his stumps.

Temba Bavuma fell for just seven runs, but any hopes Bangladesh had of redressing the balance were brutally extinguished by the combination of former captain Amla and incumbent skipper Du Plessis.

Amla and Du Plessis reached their fifties in 61 and 68 balls respectively, but it was the former who motored towards his 28th Test ton, which he stands just 11 runs shy of as South Africa move towards an easy series victory.