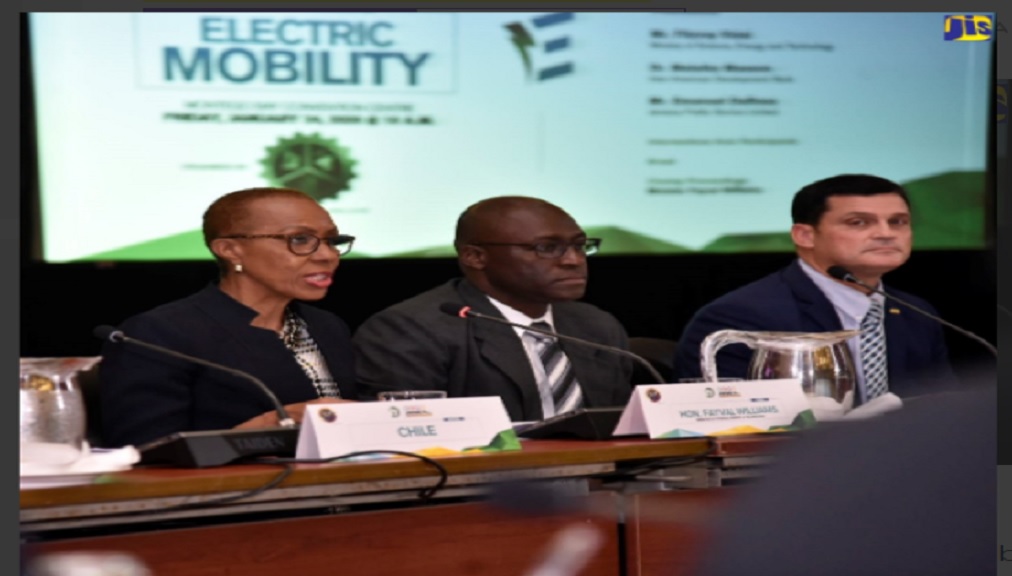 Electric mobility (e-mobility) will be one of the topics explored at the Fourth Energy and Climate Partnership of the Americas (ECPA) ministerial meeting from February 27 to 28 at the Montego Bay Convention Centre, St. James.

E-mobility refers to vehicles that are powered by an electric motor and primarily get their energy from the power grid, meaning that they can be recharged externally.

They are believed to be significantly cleaner and safer for the environment than traditional gas vehicles.

The Government is developing an electric vehicle policy, which will create an enabling environment for the use of technology in the public transportation space.
Speaking at a recent Energy Round Table hosted by the Ministry of Science, Energy and Technology in Montego Bay, portfolio Minister, Fayval Williams, said that interest in e-mobility is growing globally, regionally and locally.

“There is an exponential increase in electric vehicles worldwide, moving from three million in 2017 to $5.3 million in 2018,” she noted, adding that sales of such vehicles are expected to reach US$23 million by 2030.

She said that the transport sector is one of the most significant and growing contributors to particulate emissions, which play a role in climate change.

As such, she argued that emissions from the sector must be addressed if Jamaica is to achieve its Intended Nationally Determined Contributions (INDC) under the United Nations Framework Convention on Climate Change.

The Minister said that the scope and magnitude of the work that is required nationally to implement e-mobility is wide-ranging, including policy and legislative frameworks for sectors such as finance, transport, energy and the environment.

The ECPA Ministerial meeting, held under the theme ‘Energy resilience and investment opportunities’, will include the participation of energy ministers from 30 countries, development partners and private-sector stakeholders.