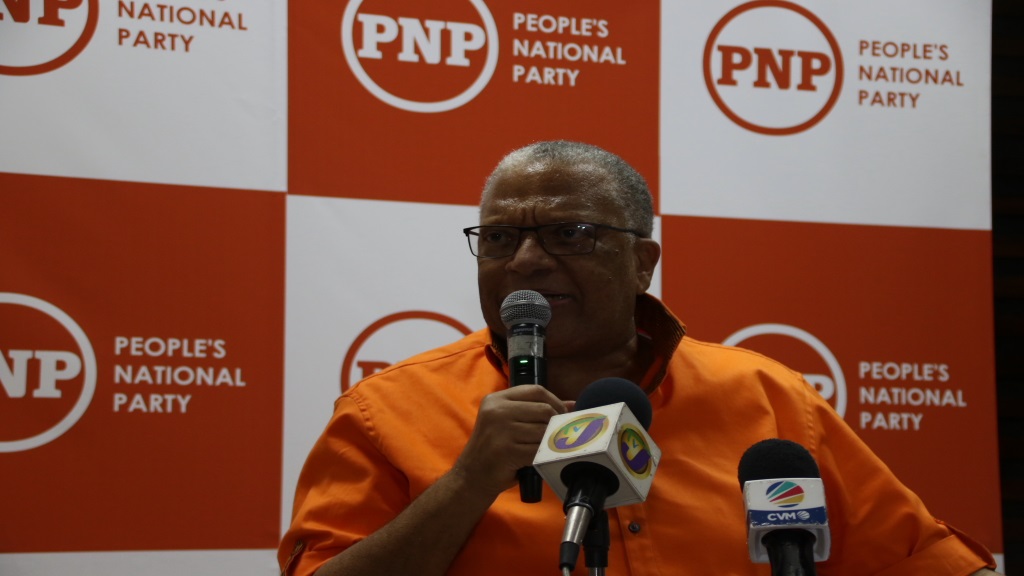 Dr Peter Phillips at a meeting with the People's National Party's (PNP) candidates in St Andrew on Saturday.

If the People's National Party (PNP) forms the next government, its leader, Dr Peter Phillips has promised to significantly improve the methods for Jamaicans, including squatters, to own land.

Speaking after a meeting of the party’s candidates and campaign managers at the Faculty of Law at the University of the West Indies (UWI) Mona Campus on Saturday, Peter Phillips unloaded a raft of plans for the upcoming general elections.

The meeting also had all 63 candidates signing a document which Phillips said will be the party's commitment to stamping out corruption within government if it wins at the polls.

According to Phillips, the land within the country is for the people and they should be able to benefit from it. He prioritised farmers and squatters as the major targets of the land reform measures.

"Similarly in urban areas, we are going to ensure that we unlock the wealth of Jamaica and put it in the hands of the people who are disparagingly called squatters in the land of their birth," said Phillips.

Apart from land, Phillips promised that the PNP will provide contract workers with the same benefits that staff members presently enjoy within the workplace.

He also said the PNP will ensure that education is equitable for all, as all schools should be on par, and students should receive the same benefits across the board.

He said the next PNP government will continue the party's mission of creating an equitable and just society, while building a new economy with digital technology and entertainment at the centre of its focus.

According to Phillips, a PNP government will transform the agricultural sector by bringing modern technology to the sector, while changing the licensing system so that, for example, business interests "can't bring in all sorts of things and call it chicken back".