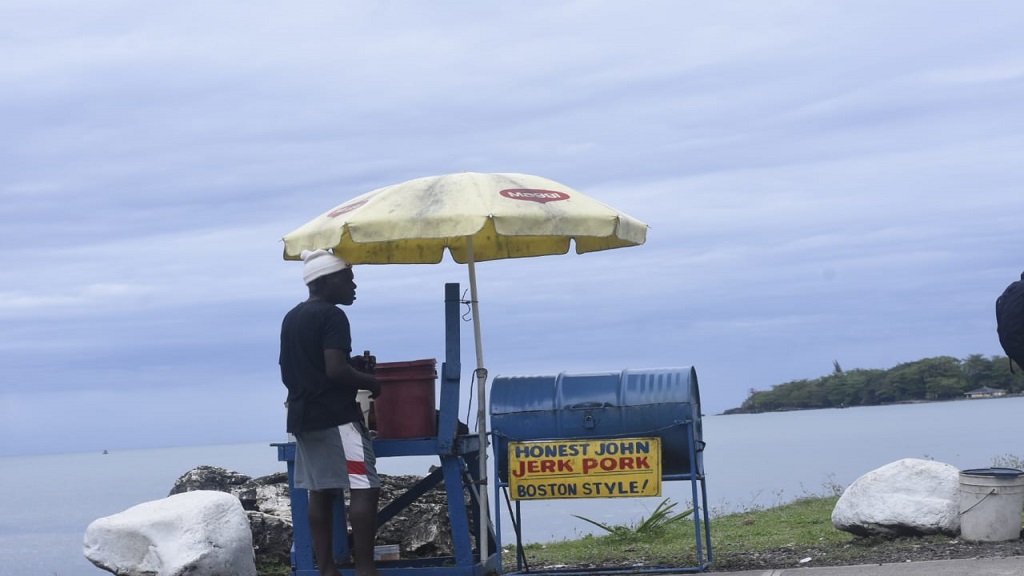 The influx of supporters of the island's two main parties into East Portland resulted in an economic boost for the small businesses in the constituency.

Bus and car loads of followers of both the ruling Jamaica Labour Party (JLP) and the People's National Party (PNP) were carried into the constituency for Thursday's by-election. The all-day activities meant that they had to support the businesses in the area, to sustain themselves throughout.

Among the businesses that benefited from the volume of people, who started arriving from as early as 3:30 in the morning, were restaurants, grocery stores, pan chicken and pork vendors and even bars, which because of legal requirements, had to close their doors and sell through windows.

All those that Loop News reporter Job Nelson spoke with, have expressed delight in the number of sales that they had on the day. They stated that sales were above expectations, with some having to order stock on the day to supply demand for their product.

Bartender Paulette, variety store operator Hope Cameron and chef Samuel Grant of Dollar Shop were among those who expressed happiness over the day's business.

According to Paulette, the bar, which by law should be closed for the day, by early afternoon, sold more than three times the amount of its average daily sales.

She said, "things were pretty good. Things picked up from the election (was announced) and today was even better, as in the morning ,we had good sales, although things slowed down in the middle of the day. We expect things to pick up in the evening going into the night.

"We prepared for the election today as we bought stock yesterday evening when closing and we had to go and buy again about 1:00 pm. Normally when we buy stock, we would have to go back two days later, but we had to go again today," she said.

Likewise, chef Grant of Dollar Shop said the day was excellent. He said that despite Dollar Shop being one of the top restaurants in the parish capital of Port Antonio, the volume on Thursday ensured that pots and utensils were being washed at 3:00 pm when Loop News' team visited his establishment.

Grant said, "it was good today. We had a nice crowd and sold off so we close operations for the workers to go and vote. This was really good business as we got a lot of different faces."

"This restaurant is a top restaurant in Port Antonio, so election or no election we still have our crowd as we cook good food and people support us and we are cheaper than all the food places in town. That's why we have a good amount of regular customers," he said.

Cameron, whose business was bombarded by a sudden rush of customers while Loop News was inside, said, "business has been well so far. We are selling to about two times the amount of people who typically come here. The election is alright for us."