Elderly among several comrades who turned out to vote on Sunday 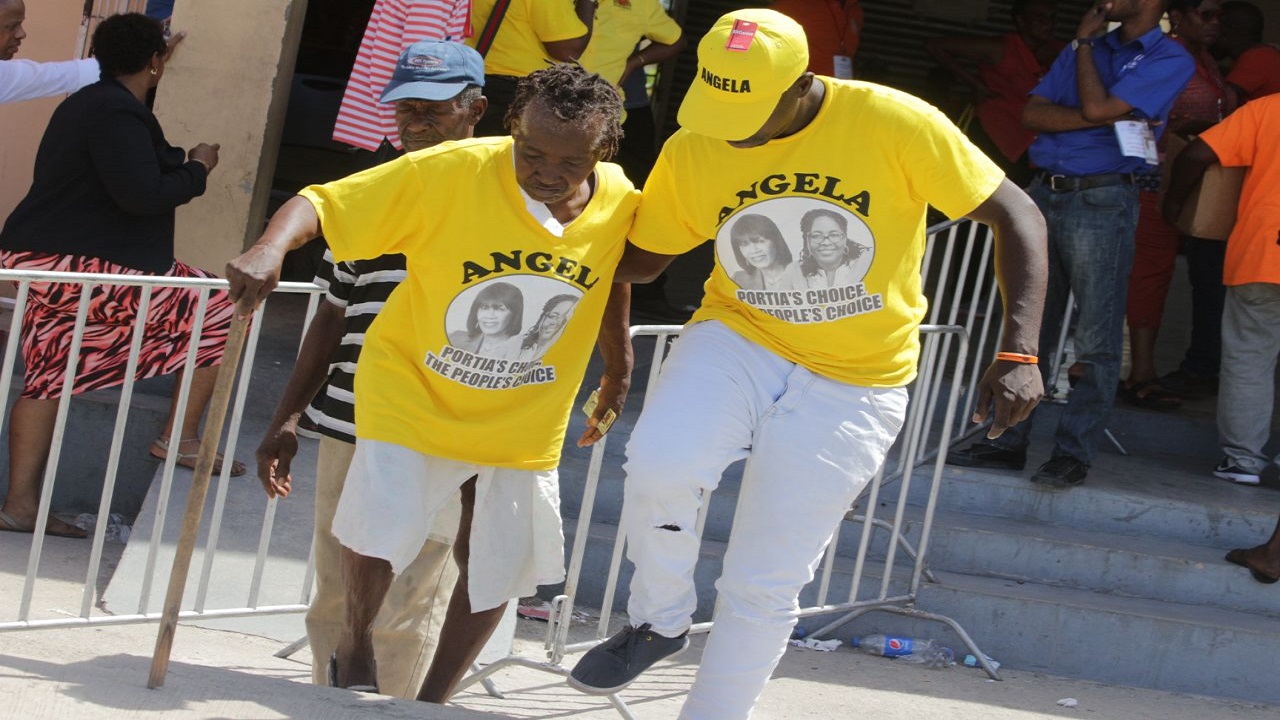 Elections are important to many Jamaicans, no matter their gender, class or age.

The People's National Party's (PNP) internal election to select a candidate for Member of Parliament for the constituency of St Andrew South West was no different on Sunday for 75-year-old Iris Bolton.

Barely able to move on her own, Bolton made her way down the pavement and up the steps of the Caribbean Palm Community Centre to cast her vote.

Bolton has voted in every general election since she was old enough exercise her franchise.

Portia Simpson Miller, affectionately called Sister P, recently retired as Member of Parliament for the area, after being there for 40 years. Simpson Miller has endorsed Angela Brown-Burke to replace her.

Brown Burke is going up against Audrey Smith Facey.

Bolton was just one of a number of senior citizens, who were observed being assisted to the polls.

The senior citizen said she has not been a delegate of the party for a long time, but is happy to help decide the next Member of Parliament for the constituency.

See highlights in the slider.

Elderly among several comrades who turned out to vote on Sunday

Chaos at St. Andrew South West as comrades try to vote without ID