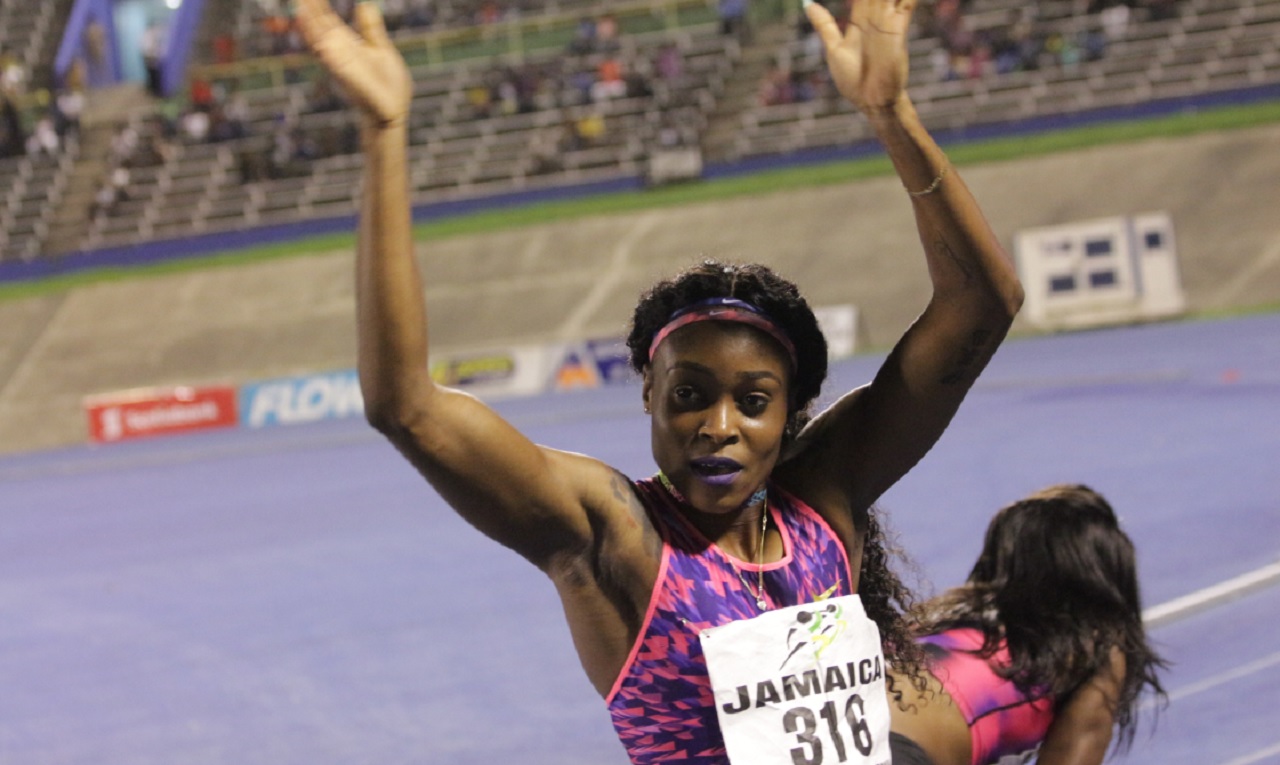 Olympic champion Elaine Thompson chiseled together a solid victory in the women's 200m at the inaugural Nanjing World Challenge on Tuesday.

The Jamaican ran well over the final 70m to win in 22.40. Behind her, world 400m silver medallist Salwa Naser was pleased after finishing strong and overtaking Nigerian Blessing Okagbare to take second by 0.02 in 22.56, her third PB over the distance in as many races and a Bahraini record.

The sprint hurdles are popular events in China, and both of the loaded men’s and women’s fields delivered thrillers.

In the men’s 110m race, Olympic gold and silver medallists Omar McLeod and Orlando Ortega were nearly stride-for-stride over the first nine barriers before the Spaniard marginally pulled ahead on the lean to take the win by 0.01 in 13.27 ahead of the Jamaican.

The women’s 100m hurdles were even closer with the first four crossing the line within just 0.02. Olympic champion Brianna McNeal closed well to out-dip Nia Ali, both credited with 12.78. Christina Clemons, who led early on, was third in 12.79 with Queen Harrison fourth, another 0.01 back.

Jamaica's Danniel Thomas-Dodd finished second in the women's shot as Lijiao Gong, who suffered a rare defeat on home turf in Shanghai on Saturday, avenged that loss with a flourish

Shaking out the rust with an 18.90m throw in the first round, the world champion took command with a 19.42m toss in the second before blasting a 19.84m effort in the third to effectively put the competition out of reach. Underscoring her evening form, she closed off with a 19.77m effort.

Thomas-Dodd and Shanghai winner Chase Ealey of the US each reached 19.21m, with the Jamaican taking second on countback.

In the men's 100m, the final event on the programme, Jamaican Tyquedo Tracey clocked 10.23 seconds for fifth place.

Olympic bronze medallist Andre De Grasse of Canada produced a strong late-race surge but ran out of room to catch Michael Rodgers who was given the edge. Both clocked 10.09.