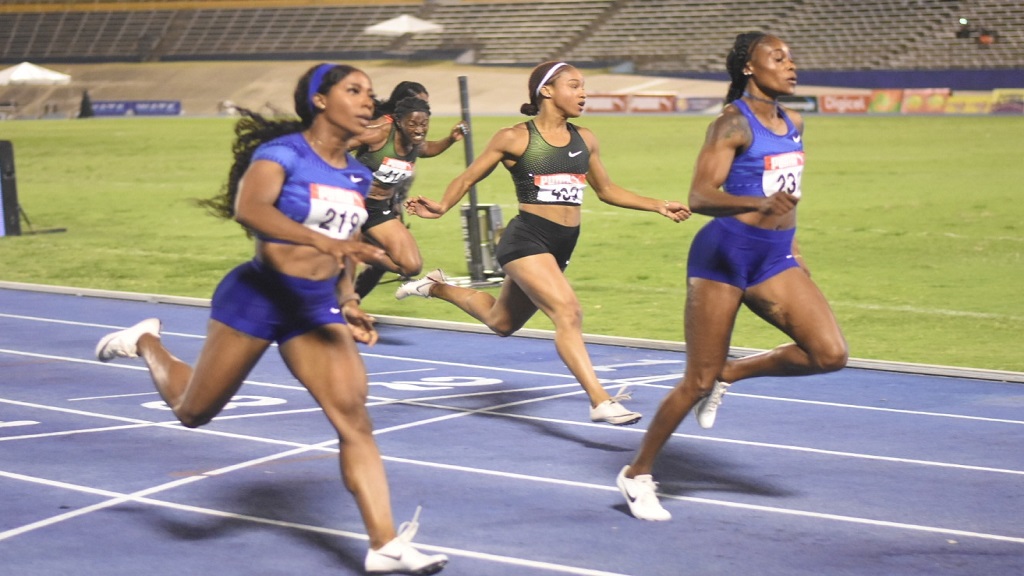 Elaine Thompson gets the better of her MVP teammate Shelly-Ann Fraser-Pryce to win the women's 100m final at the JAAA /Supreme Ventures National Senior and Junior Championships at the National Stadium on Friday, June 21, 2019. (PHOTOS: Marlon Reid).

Olympic champion Elaine Thompson came with a scorching run to pip Shelly-Ann Fraser-Pryce at the line to win the women's 100m final on day two of the Jamaica Athletics Administrative Association (JAAA)/Supreme Ventures National Senior and Junior Championships at the National Stadium on Friday night.

Thompson won the race in 10.73 seconds to retain her national title, but only just from Fraser-Pryce, the two-time Olympic gold medallist, who was also credited with the same time. Thompson was awarded the victory by three thousandths of a second (0.726 to 0.729).

The time represents a new world lead, surpassing 19-year-old American Sha’Carri Richardson's 10.75 which was recorded on June 8 in Austin, Texas.

“Honestly, for the last two years I have been battling an Achilles injury, last year was up and down for me and I didn’t get to perform to the best of my ability. My fastest time last year was 10.93 so for me to come back here and run a 10.7 is awesome,” she Thompson.

She said the win and the time have given a boost to her confidence.

“It has boosted my confidence sky-high,” she said, promising to get back to work to continue preparing for the World Championships in September.

Fraser-Pryce said she was grateful to be able to get back to the times that made her the best in the world for close to a decade.

“I feel good,” she said. “The execution wasn’t all that but my first time running back 10.7, I feel good about that and I am looking forward to taking it from there. I am looking for the opportunity to race some more.”

Seventeen-year-old sprint sensation Briana Williams also booked her spot on Jamaica's team to the IAAF World Championships in Athletics in Doha, Qatar from September 28 to October 6 with a third-place finish. 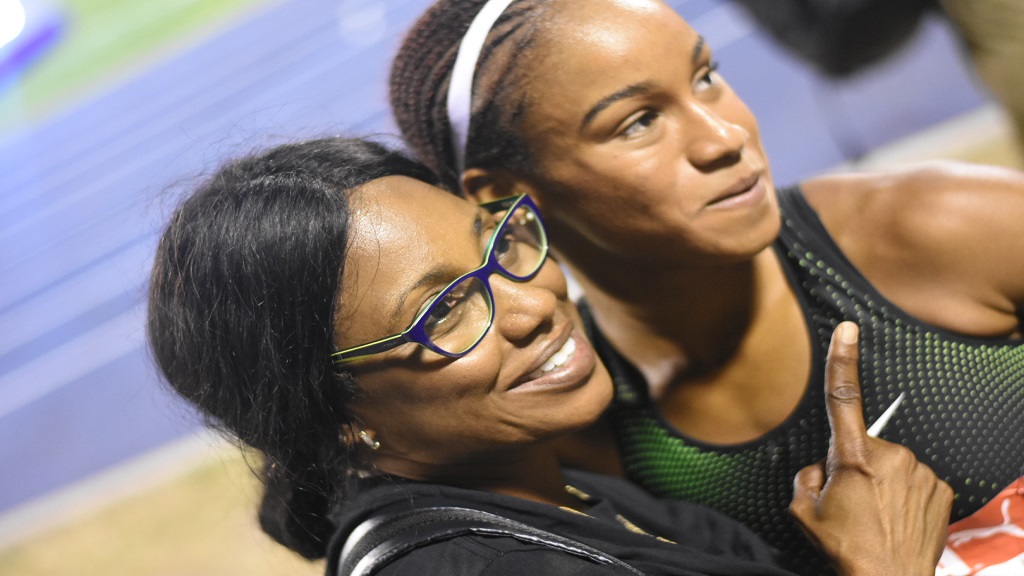 Briana Williams (right) and her mother Sharon Simpson after the star athlete finished third in the women's 100m final.

Williams crossed the line in a new junior national record of 10.94, which erased the previous record of 11.01 seconds she set two hours earlier in the semi-finals.

The 10.94 clocking also represents a World Youth record, surpassing the 10.98 set by American Candace Hill in 2015.

“I was looking for the two Olympic champions to push me to help me run 10.9 and they did,”  said Williams, explaining that breaking 11 seconds was a special moment for her now that she has booked a ticket to Doha later this year.

“It means a lot. This is what I trained for all year and just to make the team at 17 is amazing. 10.9, I didn’t know it was going to happen. It happened this time,” she said further said. 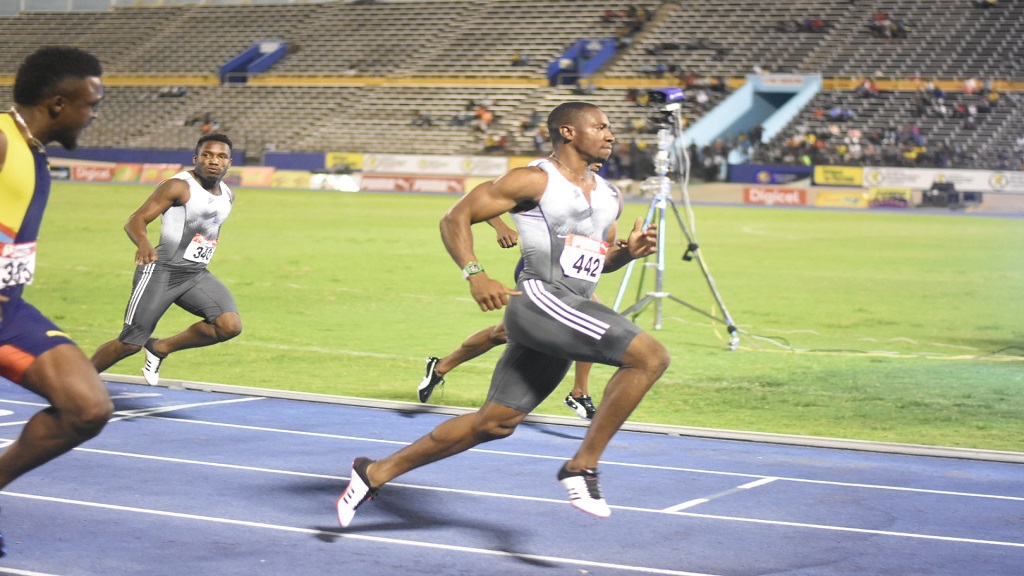 Yohan Blake moves away from the field to win the men's 100m final.

The 29-year-old Blake won the men's title in a season-best 9.96 seconds. The 2018 national champion Tyquendo Tracey (10.00) and Rasheed Dwyer (10.10) finished second and third and the three will represent the country at the World Championships. 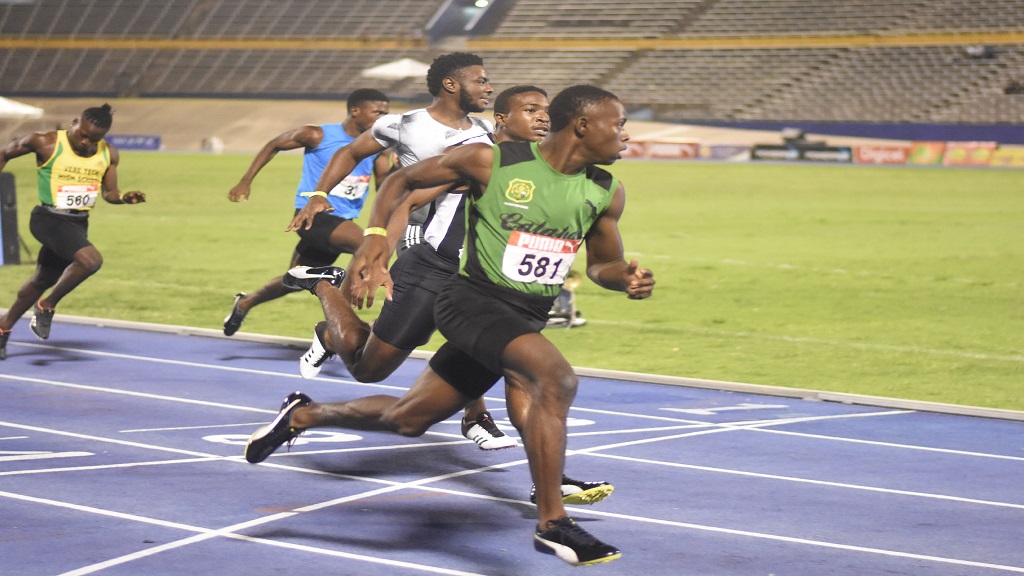 Seville was too good for the field and powered away from Jamaica College's Michali Everett, who clocked a personal best 10.27 for second place and Michael Stephens of Racers Track Club, who finished third in 10.38.

Twin sisters – Tia and Tina Clayton from Edwin Allen High finished first and second in the Girls' Under-18 100m final.

Tia clocked 10.39 second for the victory, while Tina crossed the line in 11.51. Edwin Allen swept the first three places as Brandy Hall finished third in 11.53.

Tia Clayton beats her twin sister and Tina to win the Girls' Under-18 100m final.

The senior athletes are hunting for places on Jamaica's team to the IAAF World Championships in Athletics in Doha, Qatar from September 28 to October 6 and the Pan Am Games from August 6-11 in Peru.