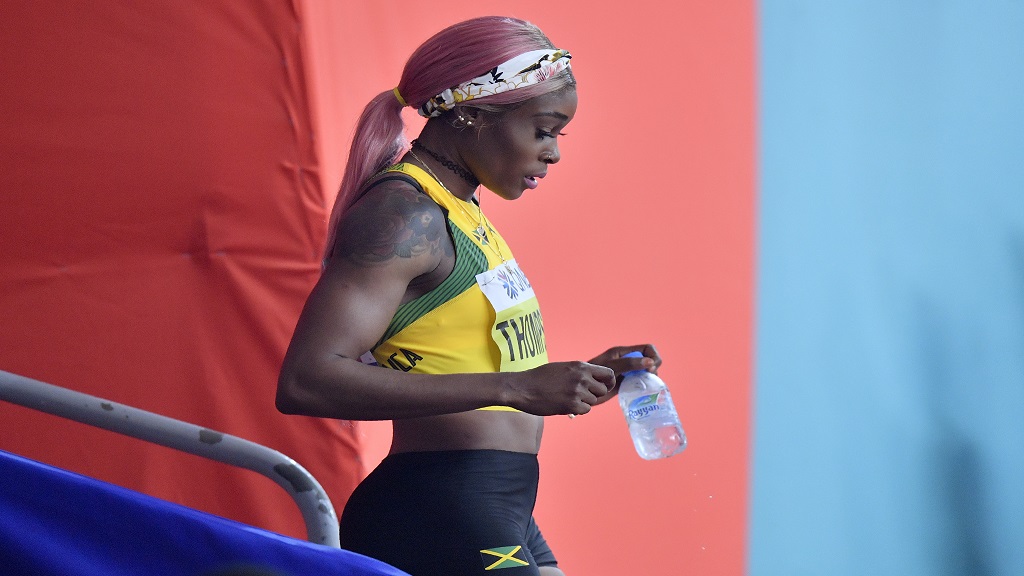 Double Olympic sprint champion Elaine Thompson-Herah will not be taking part in this week's season-opening Diamond League in Monaco as she is without the required Schengen visa.

Thompson-Herah was confirmed for the August 14 meet at the end of July. However, MVP Track Club president Bruce James said the embassy, in Jamaica, that issues visas for France has not yet reopened since it was closed because of the COVID-19 pandemic.

James, however, pointed out that over the years, the embassy has always issued Thompson-Herah with the necessary visa to travel.

Owing to financial constraints and other issues, the visa processing services at the French Embassy in Kingston were terminated in 2015. However, persons who wanted visas for short stays in France have had to apply for a Schengen visa at the Spanish Embassy.  There is also a French visa application centre at the DHL building in New Kingston.

Having finished third over 100m in 2018 and second in the 200m last year, the red-hot Jamaican sprinter was scheduled to move back down to the shorter distance this year in an attempt to achieve her first victory at the Stade Louis II.

Thompson-Herah, who at the Rio Olympics in 2016 became the first Jamaican to win both sprints at the same Olympics, is heading back to her best following an injured Achilles tendon.

She ran 10.73 seconds in only her third race this year at the Velocity Fest Meet 3 at Jamaica College in Kingston on July 25. The time was not a legal one with the wind measured at three metres per second, just over the legal limit of 2.0 metres per second.

On Saturday, Thompson-Herah clocked 10.88 seconds to win section three of the women's 100m - the second fastest on this year's world list - at the fourth Velocity Fest meeting, at the National Stadium, in Kingston. Thompson-Herar's 10.88 came minutes after Shelly-Ann Frase-Pryce had clocked a word-leading 10.87 seconds in section two of the 100m heats at the same meet.

The following day at the same venue, Thompson-Herah clocked 22.19 over 200m, the second-fastest in the world this year.

Another Olympic champion, Conseslus Kipruto, has also pulled out of the meet.

Kipruto was among 11 Kenyan athletes who were allowed and given visas to take part in the meet.  But while undergoing mandatory testing last Friday, the 25-year-old was found positive for covid.