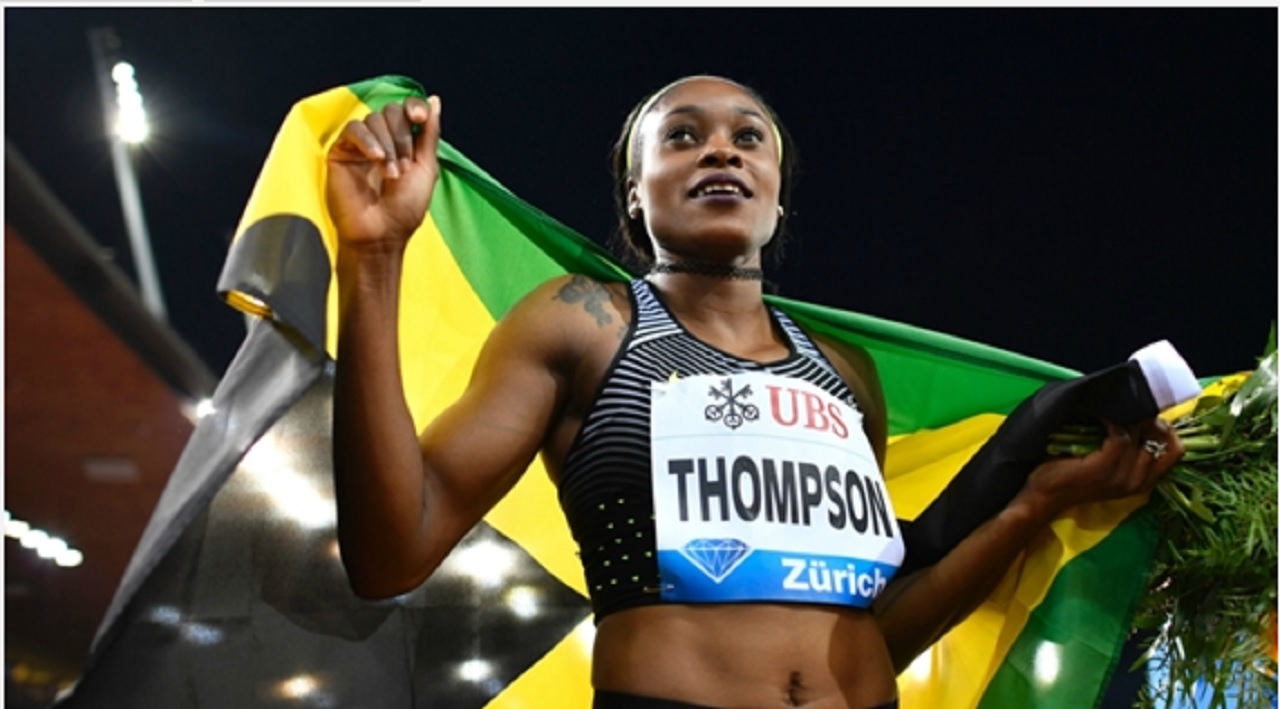 The 2017 IAAF World Challenge gets underway on Saturday at the National Stadium in Kingston with the 14th staging of the Jamaica International Invitational, starting at 5:00 pm.

The series comprises 10 meetings to be held in as many countries over the course of the late spring and summer, concluding with the Rieti Meeting in Italy.

In between, the series traverses the globe, with stops in São Bernardo do Campo (Sao Paulo), Hengelo, Turku, Ostrava and Madrid before the IAAF World Championships London 2017.

It will then pick up again with stops at long-time fixtures Berlin and Zagreb before the finale in Rieti.

At the Kingston meet, reigning Olympic sprint double champion Elaine Thompson headlines a number of international and local stars who will be in action.

The 24-year-old Jamaican will compete in the women’s 200 metres and is expected to score a comfortable victory.

She is in superb form and it will take a brave person to bet against her at this stage.

Thompson send a strong message seven days ago by clocking a world leading 10.78 seconds to outclass her rivals in the women's 100 metres at the second meet of the 2017 Diamond League series in Shanghai, China.

The 10.78 clocking was Thompson's fourth fastest performance of her career, just 0.08 shy of her personal best, in what was her first race in the Chinese port city.

That victory for Thompson came just a week after she outraced world 200m champion Dafne Schippers in the 200-metre race in Doha, the first meet of the series, clocking a season best 22.19.

Prior to that performance in Doha, Thompson illustrated her sound form this season with a wind-assisted 10.75 (+2.2) in Kingston.

And based on her form, Thompson is strongly expected to produce a world leading time in Kingston, once the condition is ideal.

The 2017 world leading time is 22.09, recorded by Americans Tori Bowie, on April 20 in Gainesville, Florida and Deajah Stevens, on May 14 in Eugene, Oregon.

The USA will be represented by Shalonda Solomon, who finished third last year, and Candyce McGrone, fourth at the 2015 World Championships.

BLAKE VS RODGERS IN 100M

The Jamaican will come up against Rodgers, who is fresh from his win in Guadeloupe, and his American teammate  Ronnie Baker, the only man in the field under 10 seconds this season.

Blake, the man who is tipped to take over when eight-time Olympic gold medallist Usain Bolt retires after the World Championship London 2017,  will be hoping to use the meet to get back into top shape.

Blake won silver in the 100m and 200m behind training partner Bolt at the London 2012 Olympics, but injury subsequently ravaged his career, and he has failed to get anywhere near that form since.

He was expected to produce a good time at the UTech Track and Field Classic at the National Stadium on April 15, but finished down the track in 10.88 seconds after a scrappy start.

All eyes were on the 27-year-old sprinter at the IAAF World Relays in Nassau, Bahamas in April, but he was left stranded on the anchor leg in the heats of the men’s 4x100m relays after Jamaica dropped the baton.

Asafa Powell, who earlier this month was officially named a Guinness World Record holder with the most competitive 100m sprint races completed in sub 10 seconds (97), was assigned a lane but pulled out this week.

DE GRASSE VS MERRITT IN 200M

De Grasse and Merrit will face off in the men’s 200 metres.

De Grasse, who won silver in the 200m behind Usain Bolt at last summer’s Rio Olympic Games, is searching for his first win this season after a disappointing fifth place finish over 100 metres (10.21) at the IAAF Diamond League opener in Doha. That performance came after he ran a season best 10.10 at the distance.

This will be the third 200m outing for Merritt this season. The two-time world and Olympic 400m champion is coming off a morale-boosting 400m victory (44.99) in Guadeloupe earlier this week after back-to-back losses in Doha and Shanghai.

Felix is down to contest the women’s 100 metres. This will be the American  third visit to Kingston in five years. Interestingly, the 2012 Olympic champion and three-time world champion has never won on Jamaican soils.

Gayon Evans and Shillonie Calvert-Powell, both of Jamaica, along with American Jenna Prandini are also listed to compete.

Another interesting race should be the men’s 400 metres, which features national champion Javon Francis.

The 22-year-old Francis and his Jamaican teammates Rusheen McDonald, the national record holder, and Demish Gaye, the third fastest Jamaican quarter-miler this season will face off with American Tony McQuay, a consistent member of the 44-second club.

McQuay demonstrated decent form in his IAAF Diamond League opener in Doha on May 5, clinching third spot in a season best of 44.92.

The 2011 world bronze medallist Kevin Borlee of Belgium is also in the line-up.

The women’s 400 metres – an all Jamaica-USA showdown – should also be competitive.

The women’s sprint hurdles is also an all Jamaica-USA showdown.

Record record holder American Kendra Harrison was assigned a lane but had to pull out after fracturing her hand at the Doha Diamond League. She won the race in 12.59 seconds.

In her absence, Stowers is the big favourite to win, but  meet director Donald Quarrie is expecting a good race.

He said, “the 100m hurdles will also be an interesting event because we have two of the Olympic  medallists in this event, the silver (Nia Ali) and bronze (Kristi Castlin) medallist.

“But we lost the world record holder; she broke her hand in Doha. I got an email from her manager. They thought it was a sprain but it's worse than that, and she definitely would not be able to compete."

In the field, World and Olympic triple jump champion Caterine Ibarguen  of Colombia will make her first appearance for the season.

Ibarguen, one of two women to sail beyond 15 metres last year, is expected to outclass the field.

Jamaica will be represented by Shanieka Thomas-Ricketts, currently ranked among the top 10 on the world list.

The line-up is also an all Jamaica, USA affair.