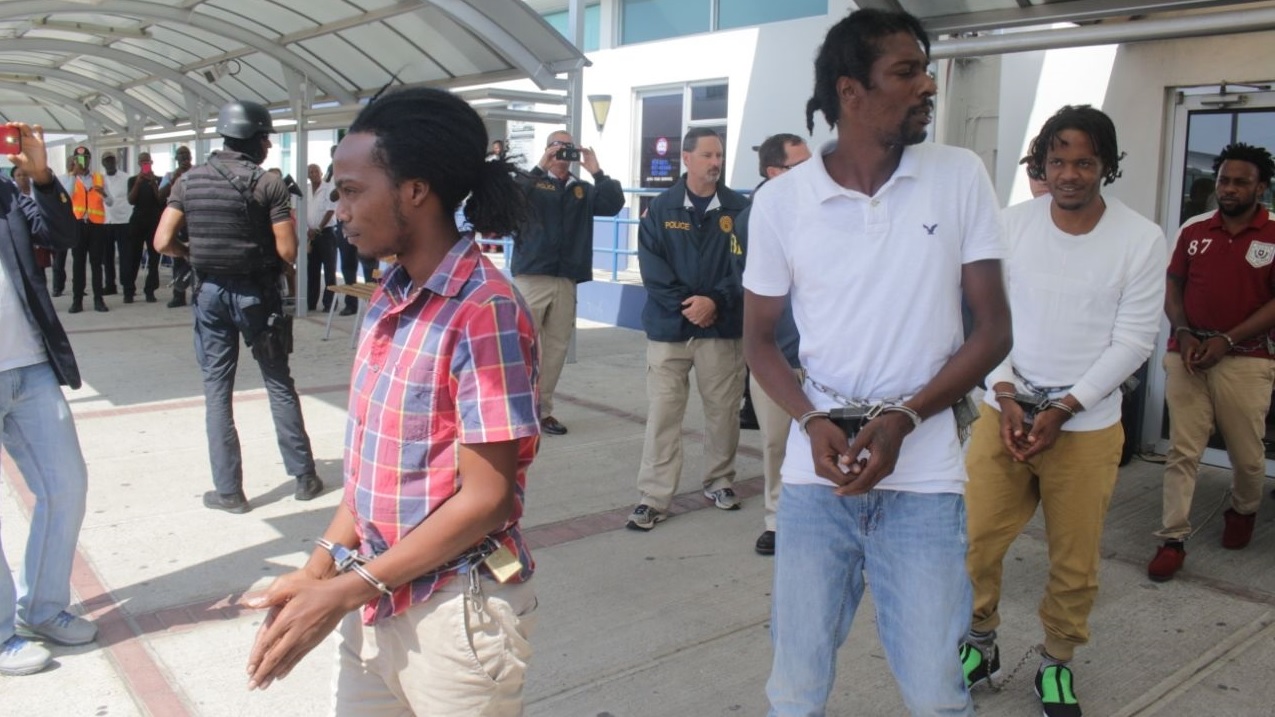 Accused scammers being escorted by US marshalls from a police post at the Norman Manley International Airport on Wednesday morning.

Eight alleged Jamaican lottery scammers were on Wednesday morning carted off to the United States of America to stand trial for a number of offences they are accused of committing against residents of that North American country.

The accused scammers, five men and three women, including a member of the Jamaica Constabulary Force, were handed over to US marshalls at the Norman Manley International Airport.

The eight are accused of bilking millions of US dollars from US citizens, which JOLT was set up to combat. They will be brought to North Dakota, where they are indicted by the US attorney for the state.

In a press release, US Ambassador to Jamaica, Luis Moreno, said, "The US and Jamaica are working hand-in-glove to crush the lottery scam scourge. Today's extradition demonstrates that these criminals will face justice, whether in a Jamaican high court or through the American federal system. Not just the scammers but anyone who helps to facilitate their criminal activity."

Prosecutors in the US have described the men and women as members of a network who fleeced more than US$5 million from persons in North Dakota in a lottery scam.

The US justice authorities submitted evidence of the Jamaicans allegedly conducting criminal activities, including recordings of them making calls to elderly Americans who were the primary targets of the scam, and collecting money at Western Union outlets.

Lavrick Willocks, the alleged mastermind behind the scam, was extradited to the US in February after he agreed not to challenge a request for him.  He has since pleaded not guilty in a US Court.