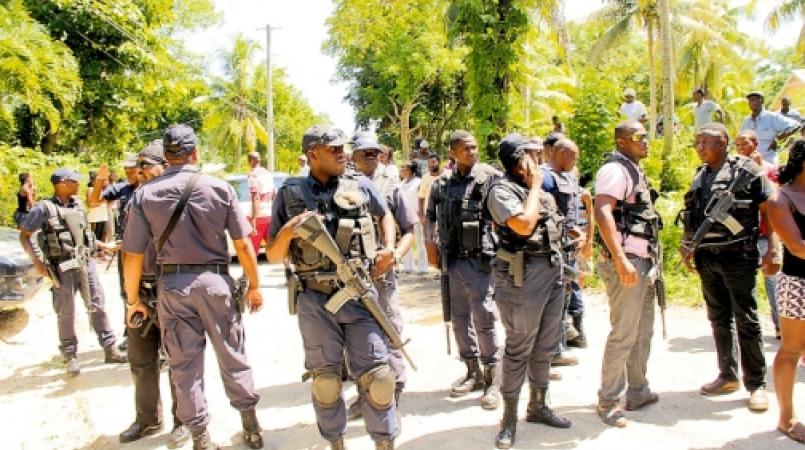 Eight persons have been left dead in the wake of five separate attacks, starting Monday afternoon and lasting up to Tuesday morning, that were mounted by trigger-happy gunmen across the parish of Westmoreland.

The police say the killings took place in the communities of Savanna-la-Mar, Alma, Bethel Town and Wiliamsfield in the parish.

The killings started at about 1pm on Monday, when 18-year-old Eric Clarke of Coke Street in Savanna-la-Mar, was gunned down in his community.

Later that day, three men - including two from Hanover - were killed when gunmen sprayed a group of patrons at a bar in Williamsfield.

Five other persons reportedly suffered gunshots wounds in that attack.

The deceased have been identified as 34-year-old Corey Parkins of Cascade, Hanover; 23-year- old Coran Birch of Woodsville, Hanover; and 21-year-old Jahmar Warren of Grange district in Westmoreland.

Reports are that about 11pm, gunmen exited a motorcar and opened fire on patrons at a bar before making their escape.

The police were summoned and on their arrival, eight persons were found suffering from gunshot wounds. Parkins, Birch and Warren were pronounced dead at hospital, while the other victims – three men and two women - were admitted for treatment.

The details of the three other fatal gun attacks, including a second in Savanna-la-Mar, were not available up to the time of publication, but the incidents have been confirmed by police on the ground.

The police indicated that the killings were all committed outside of the traditional crime hotspots in the parish.

Following the murderous rampage, members of the Jamaica Defence Force (JDF) and a heavy detachment of police have been deployed in sections of the parish.

In May last year, seven persons, including a two-year-old child, were killed in a series of vicious gun attacks in the Grange Hill area of Westmoreland that led to a major focus on the parish's crime problem back then.