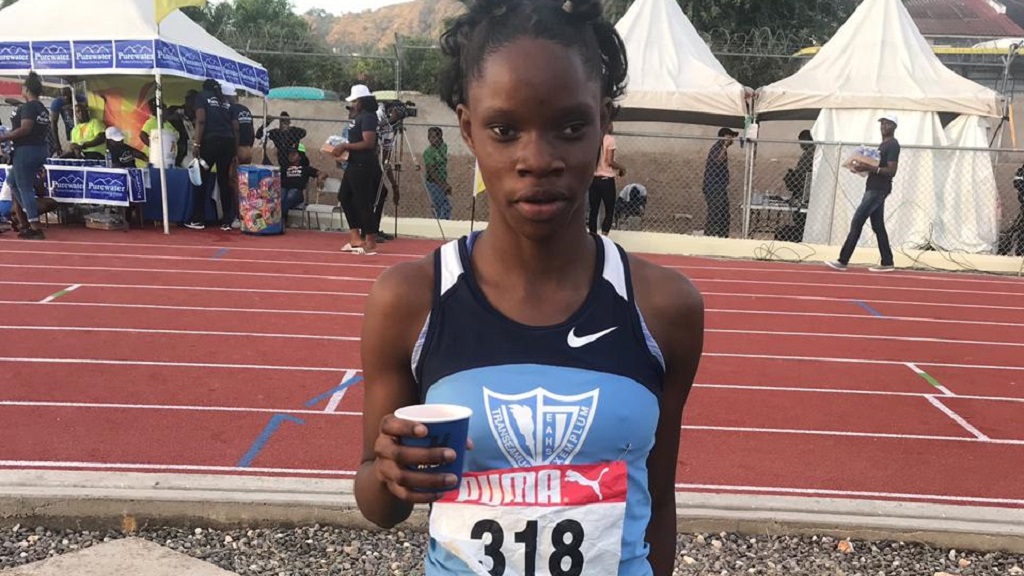 The day officially signalled the start of the 2019 local track and field season.

Clayton clocked an impressive 11.63 seconds in her heat to easily win the overall Girls’ Class 3 100m.

Earlier in the day, St Jago’s girls dominated the sprint hurdles with victories in three of the four classes.

Quaycian Davis led home a 1-2 finish for St Jago in the Girls’ Class 3 80m hurdles. Davis won her heat in 11.91 seconds and Danae Nembhard recorded the second fastest time of 11.95.

Crystal Morrison won the Girls’ Class 2 100m hurdles in 13.70 with Selieci Myles of Edwin Allen recording the second fastest time of 14.09. And Rosealee Cooper had to share the Girls’ Class 1 100m hurdles honours with Holmwood Technical’s Shanette Allison as both hurdlers won their heats in identical times of 14.32 seconds.

In the boys’ sprint hurdles, St Jago dominated Class 2 over the 110m hurdles barriers with the two fastest times.  Vashaun Vascianna recorded the fastest time of 13.61 and his teammate Jahvel Granville produced a 14.39 clocking for the next best time.