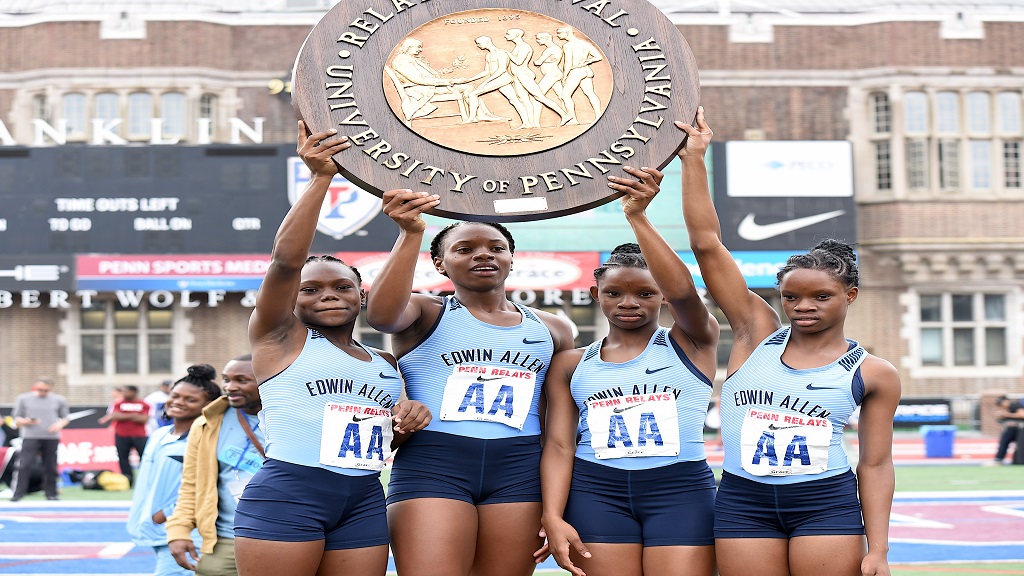 Members of Edwin Allen High's 4x100m team celebrate after winning the championship final at the Penn Relays Carnival in Philadelphia on Friday, April 26, 2019.

The Michael Dyke-coached team with Serena Cole, Kevona Davis and twin sisters Tina and Tia Clayton won in an impressive 43.62 seconds to erase the 2017 championship record of 43.96 the school set in 2017. Davis was also a member of the 2017 team. 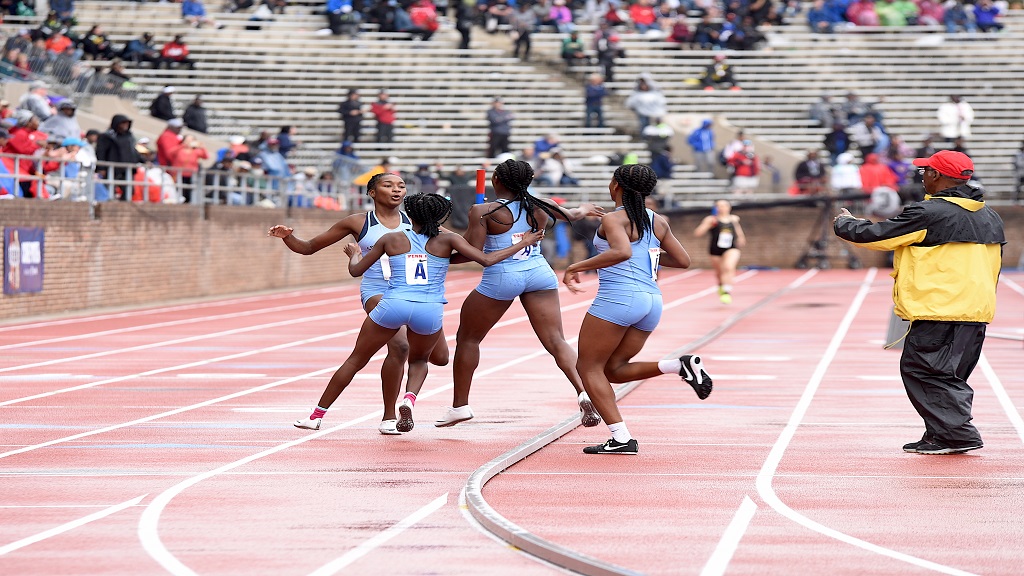